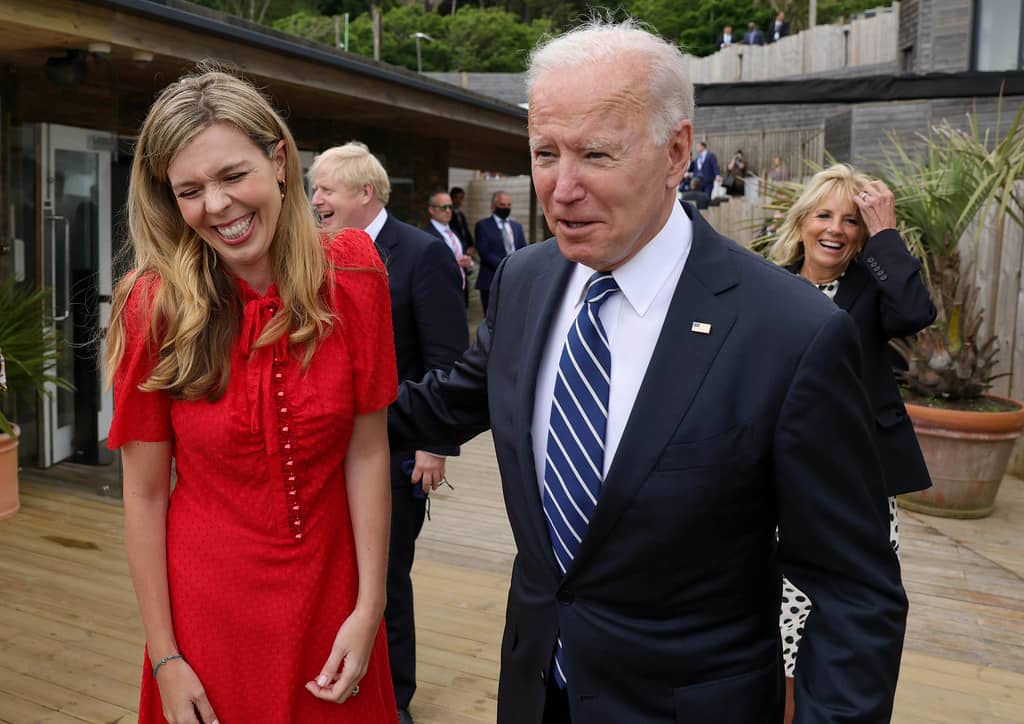 Typically political intrigue is of little interest to Sterling, but the EU this week threatened to impose tariffs on the UK over the UK's resistance to fully implementing the Northern Ireland protocol, a key part of the Brexit Withdrawal Agreement.

A fully fledged 'trade war' poses a significant economic headwind for the UK and this spat therefore could have implications for Pound Sterling valuations.

"Regardless of how we get there (legal action, arbitration), tariff threats are bearish GBP. We’ll be watching how talks go at the G7 and whether the UK decides to act unilaterally on trade thereafter," says Bipan Rai, North America Head of FX Strategy at CIBC Capital Markets.

"The pound is the 2nd worst performing G10 currency this week and increased tensions between the EU and the UK is playing a role in this. A meeting yesterday in London to resolve the problems on implementing the Northern Ireland protocol ended without progress, which is raising the prospect of this issue escalating in the coming weeks," says Derek Halpenny, Head of Research Global Markets EMEA at MUFG.

Pound Sterling Live reported on Wednesday that Brexit was pinging on the Pound's radar once more amidst threats made by the EU that it would tariff UK exports if it fails to fully implement the terms of the Northern Ireland protocol next month.

EU vice-president Maros Sefcovic said following a meeting with UK Brexit Minister David Frost mid-week that that EU patience was "wearing very, very thin" and that Brussels was considering tariffs against Britain if it unilaterally extended exemptions from fully implementing the Northern Ireland protocol this month.

"Sterling longs could be charred if the "sausage war" talks between the European Union and UK over the Northern Ireland protocol fail to make progress before June 30 – when a grace period that waives checks on some foodstuffs moving from Britain to Northern Ireland ends," says Robert Howard, a Reuters market analyst.

The UK has unilaterally suspended the full implementation of some elements of the Northern Ireland protocol to ensure the flow of foodstuffs from the rest of the UK to Northern Ireland. 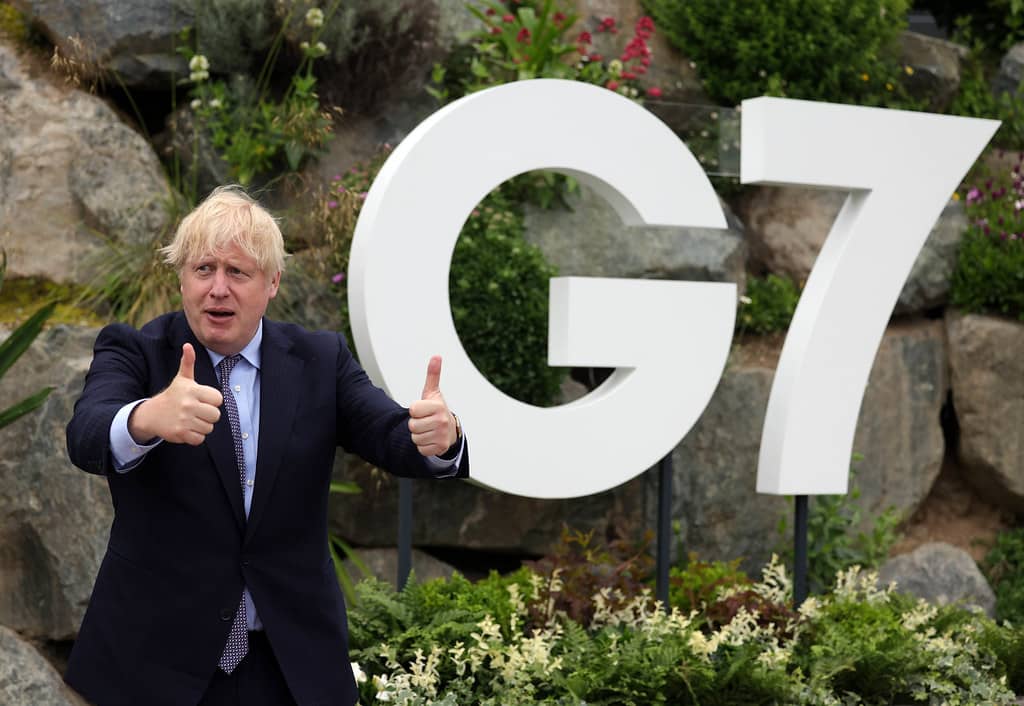 Prime Minister Boris Johnson arrives at the G7 in Cornwall ahead of Friday's G7 summit. Picture by Andrew Parsons / No 10 Downing Street

They say unless an agreement on foodstuffs is agreed they will keep this element of the protocol suspended, particularly given their desire to avoid inflaming sensitivities amongst the unionist community of Norther Ireland over the matter.

For their part the EU says if the UK moves to unilaterally suspend this element of the protocol form July 01 they would take unspecified actions.

The clear risk for the British Pound is whether some of these unspecified measures involve tariffs on UK exports, as hinted at by Sefcovic.

"The EU yesterday warned of stern action if the UK does not implement the rules agreed in the protocol. President Biden has arrived in the UK for the G7 and will try and break the deadlock but if he fails, this could escalate and the financial markets will at some stage begin to price the prospects of new tariffs and quotas being announced by the EU," says MUFG's Halpenny.

MUFG remain constructive on the British Pound's outlook and this week said they were looking to buy the currency against the U.S. Dollar.

However they say the stance risks being undermined by escalating EU-UK tensions "after the G7 ends".

The G7 conference now risks being overshadowed by the EU-UK spat over Northern Ireland, however it could be the U.S. that ultimately assists in the two sides reaching a solution which could ultimately provide Sterling with some relief.

"President Biden ordered US officials to issue Boris Johnson with an extraordinary diplomatic rebuke for imperilling the Northern Ireland peace process over Brexit, The Times can reveal.

"Yael Lempert, America’s most senior diplomat in Britain, told Lord Frost, the Brexit minister, at a meeting that the government was “inflaming” tensions in Ireland and Europe with its opposition to checks at ports in the province."

But, the intrigue around the development only deepened after the U.S. officials said the thrust of the Times report was incorrect.

"This is wrong," a Senior US administration official said of The Times splash, according to Emilio Casalicchio, Political correspondent for POLITICO Europe.

"First this discussion wasn’t directed by the President. It was not heightened. As with any ally we have diplomatic conversations about areas where we have concern at many levels," said the source.

Jeremy Stretch, Head of FX Strategy at CIBC says, "should US diplomacy on the fringes of the G7 suggest room for conciliation this should prove to limit GBP downside. We would expect support in the 1.4070/75 area to hold."

The UK and EU typically let tensions rise ahead of key deadlines - as evidenced by four years of negotiations that ultimately resulted in the UK's full exit in 2021.

Some pressure on both sides from the U.S. could only help the two sides come to a compromise and let foreign exchange markets to once again fully focus on UK data and the progress of the UK's economic recovery.