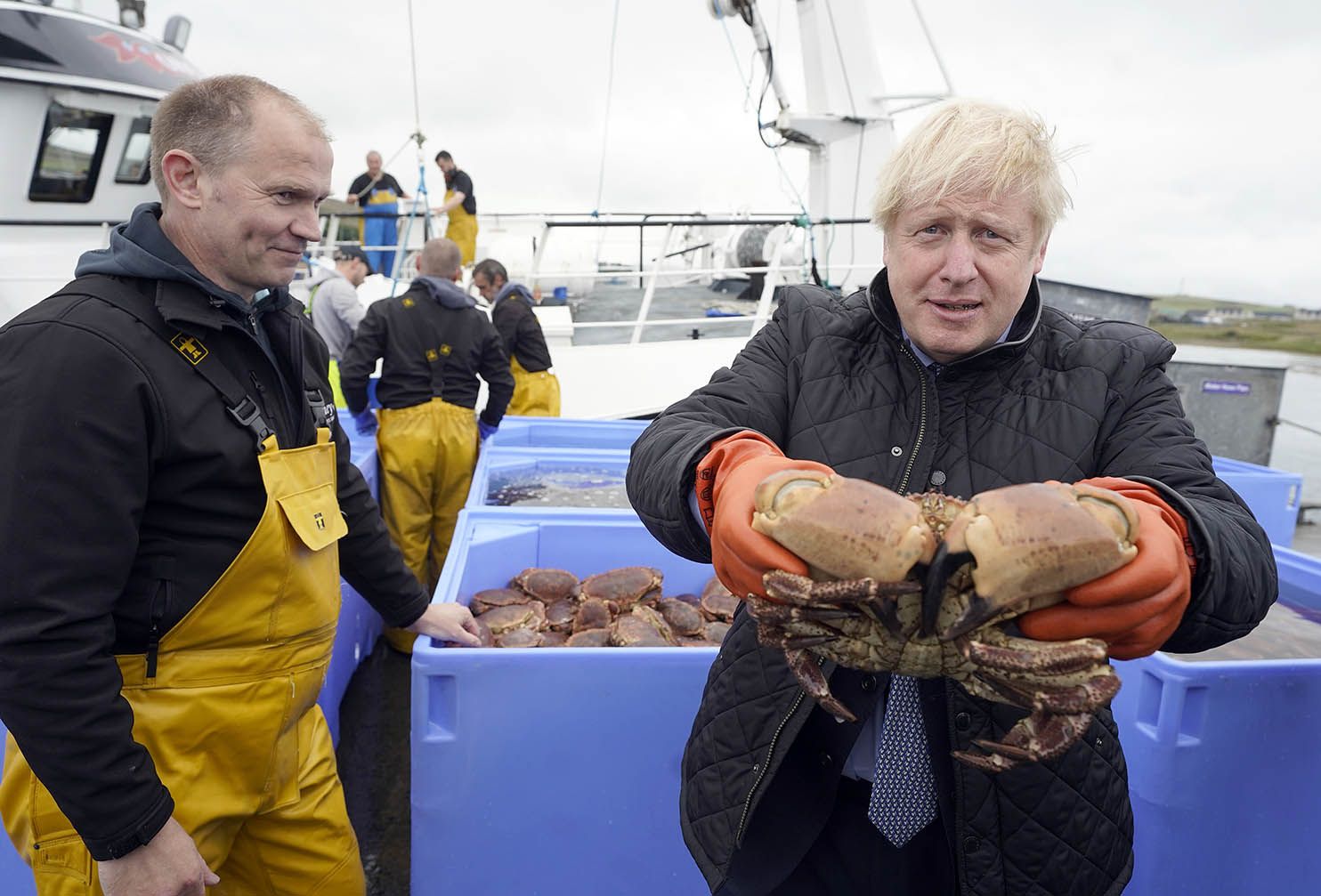 Pound Sterling strengthened into the start of October having been boosted by signals the EU and UK might be closing in on a deal for fisheries, aided by an improvement in global market conditions on signs U.S. politicians were progressing towards a new stimulus deal.

"The Pound is firmer on rising hopes of a deal between the EU and UK," says Robin Wilkin, Global Cross Asset Strategist at Lloyds Bank. "Risk sentiment has turned back to positive after month and quarter-end, buoyed by hopes that a U.S. stimulus package is getting closer. This has seen the USD remain under pressure, along with curve steepening in the bond markets."

Brexit talks head for a crucial moment with reports of a press briefing on the ninth and final round of talks taking place on Thursday, while other reports suggest a briefing is likely on Friday morning. Expectations for some progress have risen after UK Chief Negotiator David Frost announced on Thursday the signing of a cooperation agreement with Norway on fisheries, which was billed as a necessary precursor to a broader tripartite agreement with the EU.

"We look forward to putting in place a trilateral agreement between Norway, the UK and the EU on the management of joint fish stocks in the North Sea, once Brexit becomes a reality,” says Ine Eriksen Søreide, Norway’s Minister of Foreign Affairs. "When the Brexit transition period expires on 31 December 2020, the United Kingdom will act as an independent coastal state. The new agreement between Norway and the United Kingdom facilitates fisheries cooperation on control, licensing and research. In addition, it gives the parties the opportunity to agree on reciprocal access to each other's fishing zones and to the exchange of fishing opportunities."

The development on fisheries leaves markets maintaining a cautiously optimistic expectation that progress will be forthcoming in Brexit trade negotiations, which are officially due to end in Brussels on Friday.

The Pound-to-Euro exchange rate broke back above 1.10 and is quoted at 1.1017 on October 01 while the Pound-to-Dollar exchange rate rose to 1.2938 after rallying for three days in succession.

It was revealed alongside the Norway agreement that the UK has now offered Brussels a three-year transition period on fishing during trade negotiations with the EU, a move that is seen as a gambit to try and secure a breakthrough in talks.

UK negotiators submitted plans to gradually scale down EU fishermen's share of the catch in British waters from 2021 to 2024 in a bid to soothe fears over the impact of Brexit on European coastal communities.

Fisheries and state aid are the two main areas of disagreement between the EU and UK and while the prospect of a deal being announced on Friday is slim, markets will be looking for signs that enough has been done for the two sides to enter the so-called tunnel period, whereby negotiators anchor down in secret to thrash out the final outstanding issues before presenting the outlines of a deal to leaders.

"Sterling’s near-term path is binary: if the basis of a deal is agreed, it will rally and vice versa. We are sceptical that a deal will be agreed this month but acknowledge that European negotiation deadlines are rarely set in stone. Fundamental differences remain the UK and EU and within the UK government. We think that even if talks run past the EU Council meeting in October, there is still political will to do a deal," says Brian Martin, Senior International Economist at ANZ Bank.

A Sterling-negative outcome to this week's Brexit negotiations would be both sides confirming not enough progress has been made to further discussions at this stage as negotiations have all but ended in deadlock.

What happens next would be unclear, creating the uncertainty that tends to result in lower Pound exchange rates.

"Sterling is sat on tenterhooks again waiting for news from EU negotiators that could hit the newswires today or tomorrow. GBP volatility remains high in comparison to a number of its G10 counterparts and the next few weeks should see it pull higher as we sit 2 weeks from the government’s own deadline for a deal on Brexit," says Jeremy Thomson-Cook, Chief Economist at Equals.

The Pound ended September in recovery mode amidst signs that tensions between the EU and UK have improved from where they were in the first half of the month, a period that saw the Pound decline amidst heightened tensions over the UK's publication of the Internal Market Bill.

The two sides have barely more than a fortnight to conclude an agreement before a self-imposed October 15 deadline, although there’s nothing to prevent the talks from running up to year-end when the transition period expires, especially after an influential trade adviser suggested to the Brexit Committee last week that under those circumstances the government might then be open to a form of implementation period.

The Pound was further supported by an improvement in the global market backdrop as investors cheered progress by U.S. politicians towards the securing of a new fiscal aid package.

Markets rose and the Dollar fell after U.S. Treasury Secretary Steven Mnuchin told CNBC he's hopeful an eagerly and long-awaited bipartisan deal on a pre-election stimulus package will be struck, before noting that an anticipated proposal from President Donald Trump’s White House will be similar to that put forward by the House of Representatives’ ‘Problem Solver’ caucus.

“I think there is a reasonable compromise here,” Mnuchin told a conference hosted by CNBC and Institutional Investor, as other media reported increased optimism about the prospects of a deal back in Washington, raising hope that months long deadlock could be broken before the week is out and the U.S. economy backstopped ahead of the winter and November 03 election.

The Pound tends to be better supported in positive market conditions, particularly against the Dollar, Euro, Yen and Swiss Franc. Indeed, a stock market decline in September coincided with a decline in the Pound, confirming that Sterling's performance over coming weeks will depend on more than just Brexit developments.

The spending authority of the U.S. had lapsed at midnight. The White House announced that Trump had signed the bill shortly after he returned from a campaign trip to Minnesota.