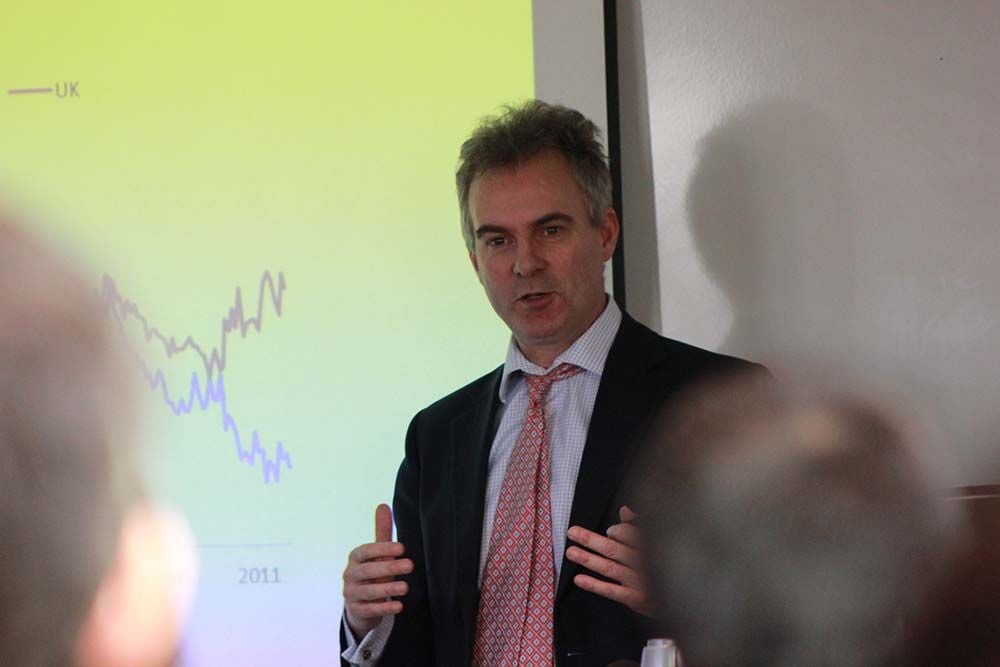 Pound Sterling suffered a sharp decline against all of the world's major currencies on Tuesday, with the decline being attributed to comments from a senior Bank of England policy maker.

Broadbent told CNBC that the Bank is prepared "to do what's needed" which suggests the Bank won't hestitate to intervene in the market if need be.

Broadbent's comments on interest rates are perhaps the more interesting from a currency market perspective as he said cutting interest rates into negative territory "would potentially do more harm than good".

As such, the market could be factoring in the prospect of the UK entering a negative interest rate environment, as is currently the case in Japan and the Eurozone.

Such a move by the Bank would prove to be particularly unsupportive of Sterling valuations over the foreseeable future.

Regardless of the speculation surrounding negative interest rates, the comments will at the very least reinforce market beliefs that the Bank of England will likely expand its asset purchase programme - aka quantitative easing - by as early as the June meeting.

Such a move would further expand the Bank's gargantuan balance sheet: when the scale of the Bank's quantitative easing programme is compared to those of other central banks, it is shown that the UK's is one of the largest in relation to the country's GDP.

According to analysts, the sizeable quantitative easing programme conducted by the UK is likely to be a major weight on Sterling going forward and will likely contribute significantly to the currency's underperformance in coming weeks and months. 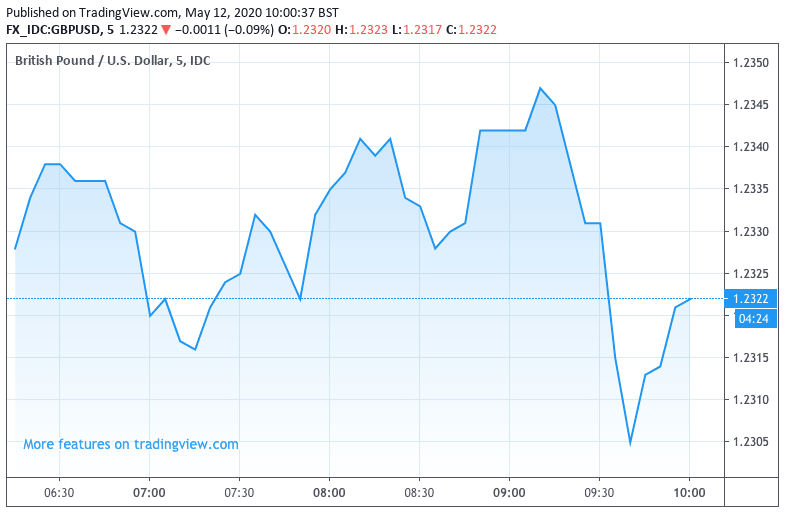 The Pound-to-Dollar exchange rate turned lower through the mid-morning session - as shown in the above chart detailing GBP/USD at 5 minute intervals - with the decline aligning with Broadbents comments. The pair is currently quoted at 1.2314, the Pound-to-Euro exchange rate has meanwhile endured a deeper decline - aided by some widespread strength in the euro - to trade below 1.14 at 1.1342.

The foreign exchange playbook suggests that when a central bank engages in, or increases, quantitative easing, the currency it issues should fall in value. Any further announcement by the Bank would take the UK's quantitative easing programme to an all-time high of 13.5% of GDP, which highlights the scale of the programme. 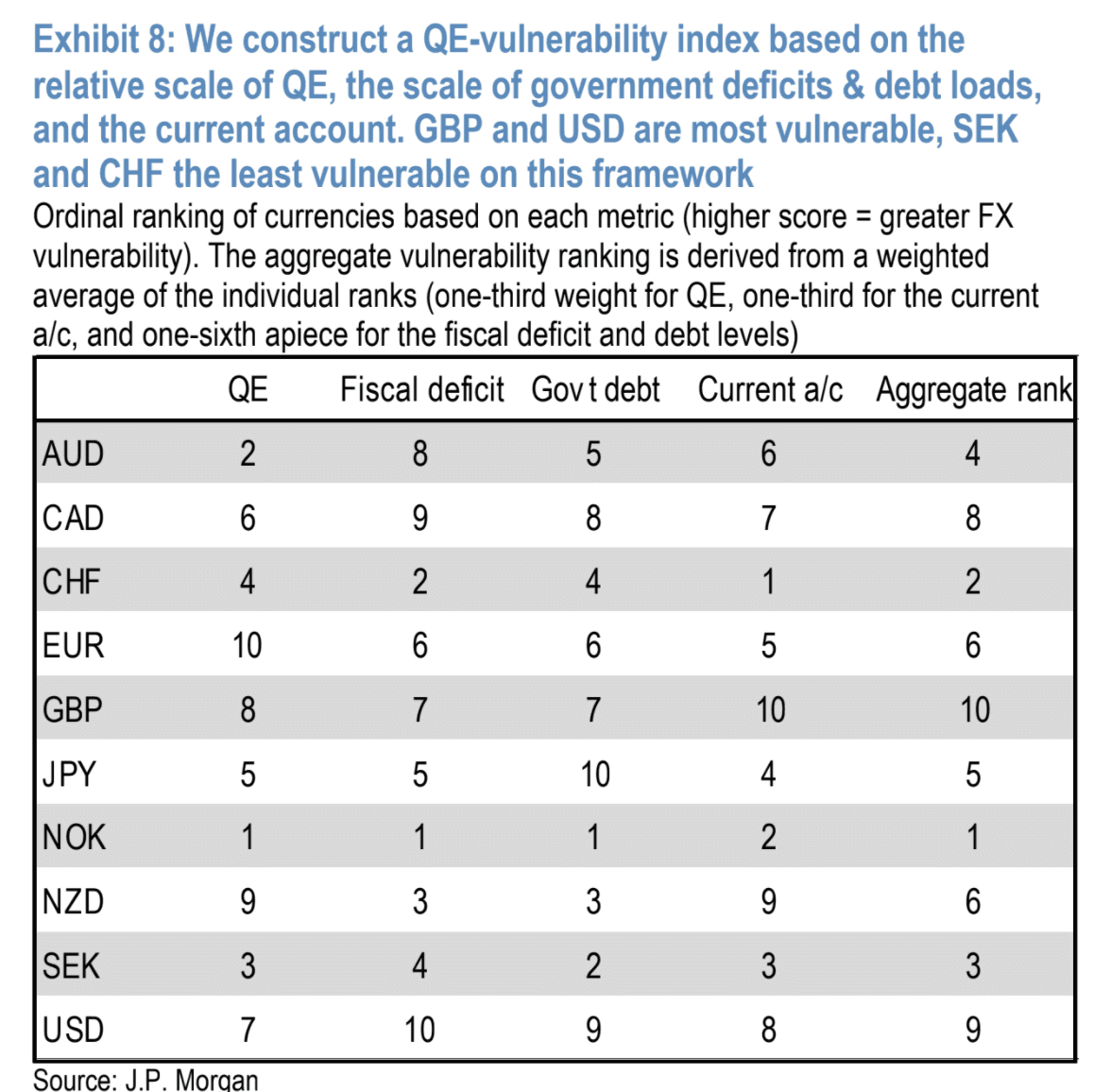 JP Morgan analysis shows for high deficit countries such as the UK, New Zealand and Canada, the exchange rate consequences of a sizeable or "outsized" quantitative easing programme could be quite significant if it depresses capital inflows.

When a central bank buys government debt the yield on that debt falls, which in turn makes the debt less attractive to foreign buyers. Hence, a hefty quantitative easing programme at the Bank of England could well diminish inflows of capital that would normally support the Pound.

We would expect the market to potentially sell Sterling if the scale of any fresh quantitative easing comes in ahead of market expectations, but any decision to forgo a new announcement as potentially being supportive of the currency.

Last Thursday the Bank of England opted to keep interest rates and its quantitative easing programme unchanged, a decision that might have surprised some market participants that were looking for more easing to be announced.

That two members dissented confirms that the decision was not a foregone conclusion, and this will explain some of the movements in foreign exchange markets following the decision. Currencies tend to react to surprises and there was a little element of the unexpected in today's decision to stand pat.

"Two members preferred to increase the target for the stock of asset purchases by an additional £100 billion at this meeting," said a statement from the Bank. The quantitative easing programme sees the Bank buy government debt and high-grade corporate debt, with the view to guarantee demand and keep the cost of repayments on those bonds as low as possible. The success of the quantitative easing programme will be critical in ensuring the UK financial system continues to operate smoothly and the government can finance its huge costs associated with the coronavirus pandemic.