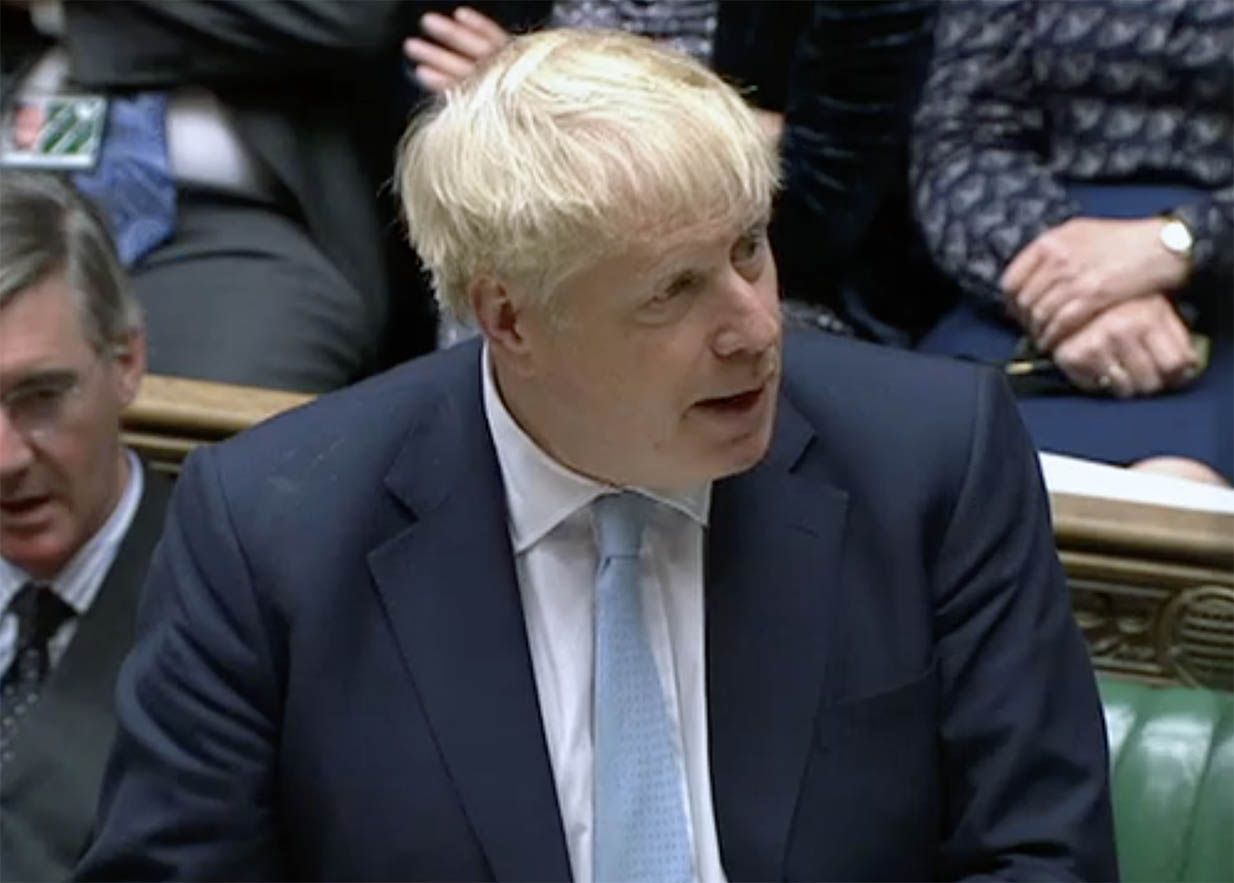 The British Pound shed further ground against the Euro, Dollar and other major currencies on Tuesday night after Prime Minister Boris Johnson pressed the pause button on the progress of his Brexit deal through Parliament.

The House of Commons voted by a margin of 308 to 322 to reject the Governments programme motion, which is simply the timetable proposed by the Government to push the deal through Parliament.

Following the defeat, Johnson said he will pause attempts to pass the deal and await the decision of the European Union on whether or not they will grant an extension.

The Pound has rallied over recent days as markets increased bets that a Brexit deal would finally be passed by Parliament; pausing the progress of the deal therefore gives markets cause to book profit on the rally and await the next moves of the Prime Minister. 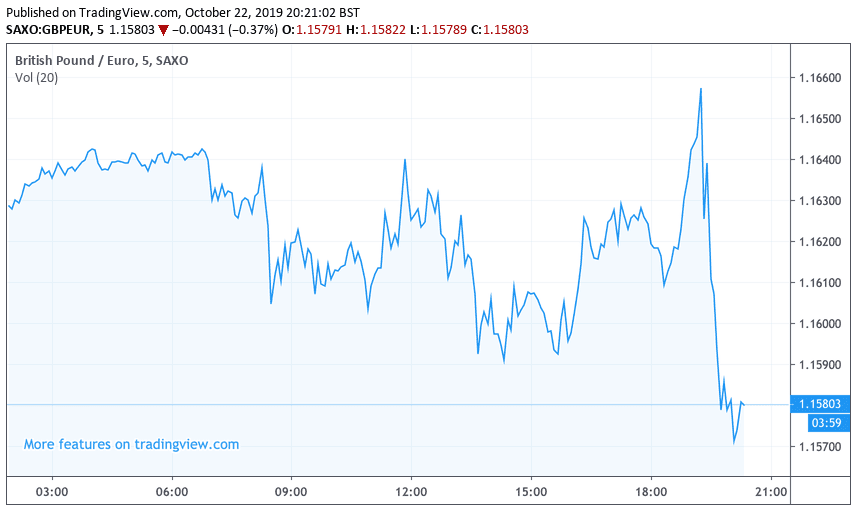 Above: GBP/EUR volatility in the wake of Johnson's Brexit timetable vote defeat

The defeat on the programme motion came after MPs approved the Withdrawal Agreement Bill (WAB) on a second reading by 329 to 299, which made for a bigger-than-expected majority for the deal.

Significantly, this is the first time a Brexit deal has been supported by Parliament, and we would expect the Government to return with a revised timetable that has a chance of allowing the Withdrawal Agreement Bill to finally pass into law.

The argument made by those MPs who would back the Brexit agreement, but not the timetable, is that there is not enough time to fully scrutinise the WAB's 110 pages before Thursday, when the Government wanted to see the legislation passed by the House of Commons to the House of Lords.

Therefore, the Bill remains alive and the prospect of an orderly Brexit remains and under such circumstances we doubt the Pound will suffer significant losses.

Johnson has pledged to deliver Brexit by October 31, but the Benn Act, and now the defeat of the programme motion, makes such an outcome almost impossible.

Johnson's reckoning is that he will suffer at the ballot box if he is seen to be breaking his steadfast pledge to deliver Brexit by October 31.

"A delay to Brexit now appears the most likely scenario and the chances of a near-term deal have diminished a bit. A short delay to finalise a deal would not be a blow to economic growth and the Pound, especially if it were followed by a deal that would eventually prompt both to rise. In that case, we suspect the Pound would climb pretty quickly," says Paul Dales, Chief UK Economist with Capital Economics.

Dales however warns a longer delay to allow for a general election "would prolong the current uncertainty that is acting as a handbrake on the economy and holding down the Pound."

Analysts: "No Reason for a Collapse in GBP"

Whatever happens in the Houses of Parliament over coming hours, from a currency market perspective we will this week know whether a deal can be passed by the current Government, and if successful then further upside in Sterling is possible.

"If the UK House of Commons vote in favour of the deal, GBP/USD could rally towards 1.3500 over the medium term," says Kim Mundy, a foreign exchange analyst with Commonwealth Bank of Australia.

Failure to pass the deal would put the Pound under pressure, but crucially downside appears to be limited and analysts are turning to the opinion that the depths of summer won't be revisited.

The Pound has been steadily rising since late July when it first started becoming clear to foreign exchange market participants that the risks of a 'no deal' Brexit were starting to fall, however the recent strong gains come as markets saw the prospect of a Brexit deal materialising.

It remains the case that a Brexit deal remains a best-case scenario for Sterling under current circumstances.

"It is positive for Sterling that the risk of a no deal Brexit has been reduced to a minimum, but the political toing and froing enters the next round," says Antje Praefcke, FX analyst with Commerzbank. "If Parliament rejects the first vote, the entire legislation is dead. If it rejects the program motion on the time table, there is no chance for an orderly Brexit at the end of the month. And either way it would be a slap in the prime minister’s face. The biggest slap would be if none of the two votes today was positive."

Ultimately, success in passing a deal makes a 'soft' Brexit possible by 31st October, and according to Praefcke such an outcome is "probably the most advantageous scenario for Sterling."

Indeed, for the Pound, the most critical development of late has been the moving away from a 'no deal', this means that the year's lows seen in July are unlikely to be tested again anytime soon.

Therefore, those watching the Pound should be aware that the risks are now to the upside, and weakness will likely be limited in nature.

"Uncertainty remains high, but Sterling apparently embraced that idea that a no-deal Brexit has become unlikely. Today, it will become clear whether PM Johnson via an accelerated procedure, will be able to push a Brexit deal through Parliament. A delayed procedure might slow the recent Sterling rally. Even so, for now, we have the impression that any Sterling correction might be moderate," says Mathias Van der Jeugt, an analyst with KBC Markets.

"There is no reason for a collapse of GBP. And if Parliament passes the deal after all? In that case Sterling could appreciate more significantly. The 1.30 level in GBP-USD and 0.86 in EUR/GBP would then probably be breached very quickly," says Ulrich Leuchtmann, Head of FX & Commodity Research at Commerzbank in Frankfurt.