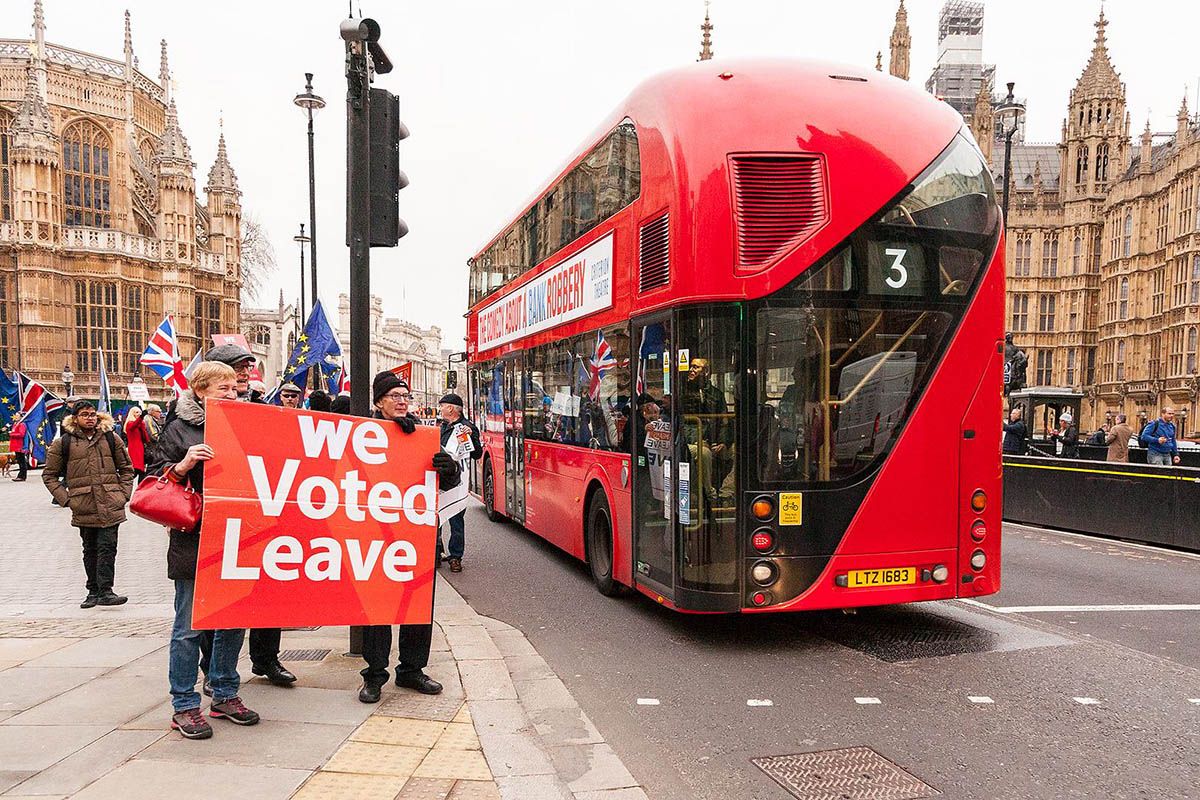 - Spectator reports UK Govt. prepared for talks to break down

- But if EU and UK are still talking next week, chances of deal have risen

The British Pound is forecast to maintain a "choppy" sideways action over coming hours and days as the EU and UK continue their attempts to thrash out a Brexit deal, with risks for either a major move lower or higher coming off the back of the success or failure of the talks.

We maintain that if the two sides are still locked in negotiations by the time the European Council summit comes around on October 17, then a deal will almost certainly be struck.

Under such a scenario we would expect Sterling to move higher against the Dollar, Euro and other major currencies, but a fully-fledged rally would of course be subject to any EU-UK agreement passing through the Houses of Parliament, suggesting there remains a two-phase route to a stronger Pound.

We should however know by Friday as to whether the UK's latest set of proposals can fly, if not sooner. Any rejection would likely weigh on the currency.

How low Sterling will go in the event of talks breaking down depends on how much markets have already discounted such an outcome: if they are expecting talks to break then the losses would luikely be contained, particularly as it appears there is a sense that Brexit will be delayed.

According to a report in The Spectator, the UK government is preparing for Brexit negotiations to end this week, with reporters there citing a contact in Downing Street.

Irish Prime Minister Leo Varadkar does not want to talk, the magazine reported, adding that French President Emmanuel Macron and German Chancellor Angela Merkel are not likely to push the European Union to discuss UK's offer until Ireland is ready to negotiate.

"There are quite a few people in Paris and Berlin who would like to discuss our offer but Merkel and Macron won't push (EU's chief Brexit negotiator) Barnier unless Ireland says it wants to negotiate", the source was quoted as having told the magazine.

If talks break down and 'no deal' positioning by markets increases, then there could be a notable decline in store for Sterling. However, we note markets appear to be confident that Prime Minister Johnson will ultimately request a delay to Brexit.

Media reports out on Monday suggest the EU have given the UK until Friday to show the plans revealed last week can work.

We understand that technical discussions between negotiators will however continue for now, and if progress is made here UK Prime Minister Boris Johnson will travel to European capitals to sell his deal ahead of the critical October 17-18 summit of EU leaders.

Expect periodic briefings from UK Government sources and EU sources to provide the market with interest.

"GBP/USD will trade in a choppy range during the UK‑EU negotiation process which continues in Brussels today," says Kim Mundy, a foreign exchange strategist with CBA. "While the risk of a hard‑Brexit on 31 October is low, it cannot be ruled out, and this will remain an important drag on GBP."

Mundy says if Johnson can’t reach a Brexit deal by 19 October, the Brexit date will likely be delayed from 31 October 2019 to 31 January 2020 in lines with the legal provisions set out by Parliament that state the Prime Minister must seek another delay.

Expect Parliament to then back a snap election which Mundy says would probably take in place in November.

Pound Sterling remains first and foremost a political currency, and headlines that suggest a material shift in Brexit negotiations therefore will have a bearing on how it trades. We wrote yesterday that the action of the Pound over past few days suggests it is coiling like a spring, ready to be released into a big directional move once it becomes clear where Brexit is headed: 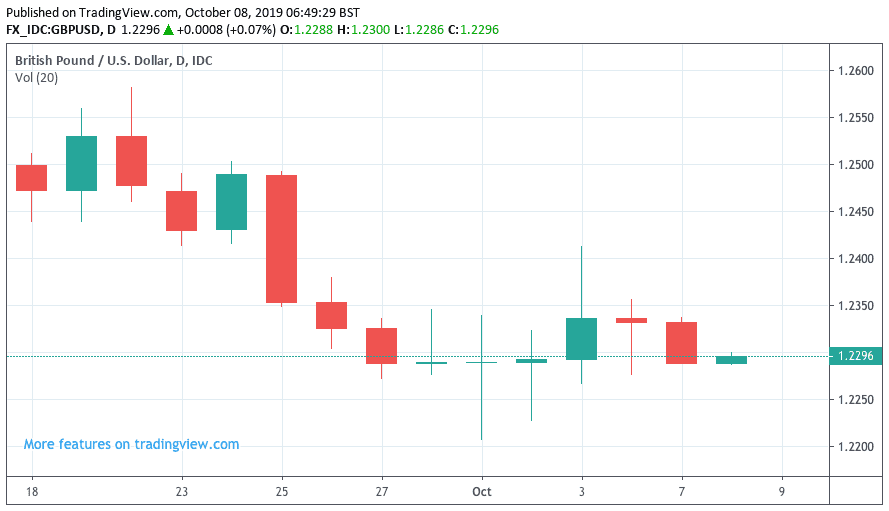 Above: Notice how Sterling has lacked any directional move since late-September. This suggests that markets know two-way risks are building and they are unwillking to take directional bets until fresh news comes. However, expect a big move when clarity does emerge.

"Intra-day studies remain soft, suggesting risks are for a test of the 1.2200 interim lows with a break there opening next support in the 1.2100 region," says Robin Wilkin, a cross-asset strategist with Lloyds Bank.

The prospect of the UK and EU reaching a deal remain remote, with the Guardian claiming to have seen a leaked point-by-point response from the EU to the UK's recent plans.

"Leaked papers obtained by the Guardian show the extent of fundamental objections Brussels has raised," says Daniel Boffey, a Guardian correspondent in Brussels. "Leaked papers lay bare the scale of the multiple faults highlighted to David Frost, the prime minister’s chief negotiator, during the most recent talks."

Readers can see the full list of objections laid out in the article here. However for us the question remains, at least from a foreign exchange point of view, whether or not the two sides are too far apart for a bridge to built.

This is certainly too difficult to call at this point in time as leaks cannot be relied upon. What we can say is that no news is good news when it comes to negotiations, and we maintain that if the two sides are still talking by October 17 then upside risks in the British Pound will have grown measurably.