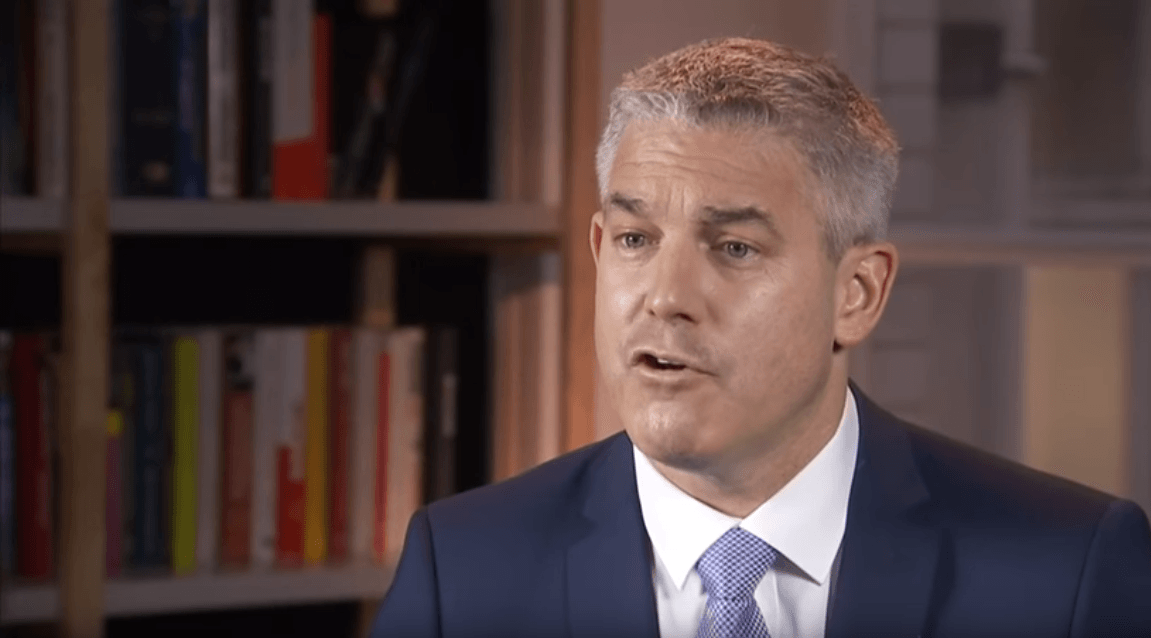 The Pound starts the new week softer, and is seen just off its recent multi-day highs as markets await further direction on the Brexit process, GBP/EUR is quoted at 1.0922 and GBP/USD at 1.2130.

Sterling last week recovered against a host of major currencies, with some analysts suggesting it has absorbed its fill of bad news for the time being, however others suggest any strength in Sterling is likely to be short-lived and it will ultimately resume its multi-month decline.

For a politically-driven currency like Sterling, it will require fresh news on Brexit to trigger any further declines, or a more substantial recovery.

For now, the bias is to the downside with a 'no deal' Brexit coming one step close after Stephen Barclay, the Brexit Secretary, signed the “commencement order” that will trigger the end of the supremacy of EU law in the UK when Brexit is delivered.

The order will repeal the 1972 European Communities Act on October 31 and once again suggests the current Government of Boris Johnson is far more determined to deliver Brexit than that of Theresa May.

The signing of the deal puts sets the UK on course for a potential 'no deal' Brexit, yet Sterling appears to have taken the latest 'sign of intent' in its stride.

"The British Secretary of State for Exiting the EU has signed into law a bill that repeals the European Communities Act 1972. This action makes Britain's exit from the European Union on 31 October a certainty. Previous moves to a no-deal Brexit weighed on Sterling. However the GPB/USD chart is indicating potential for a significant move higher. Forex traders have sold the Brexit rumour, and may now have to buy the fact," says Michael McCarthy at CMC Markets.

Foreign exchange markets have since May been selling Sterling as expectations for a disruptive 'no deal' exit from the EU have risen.

It appears that this adjustment come to an end, at least in the short-term. "One interpretation of the chart is that any disadvantages of Brexit are priced in, and current levels reflect little of the economic advantages Britain may gain," says McCarthy.

The Pound-to-Euro exchange rate last week snapped a record-breaking run of losses with the pair recording a weekly gain for the first time in 15 weeks and is currently quoted at 1.0930 on the inter-bank market. 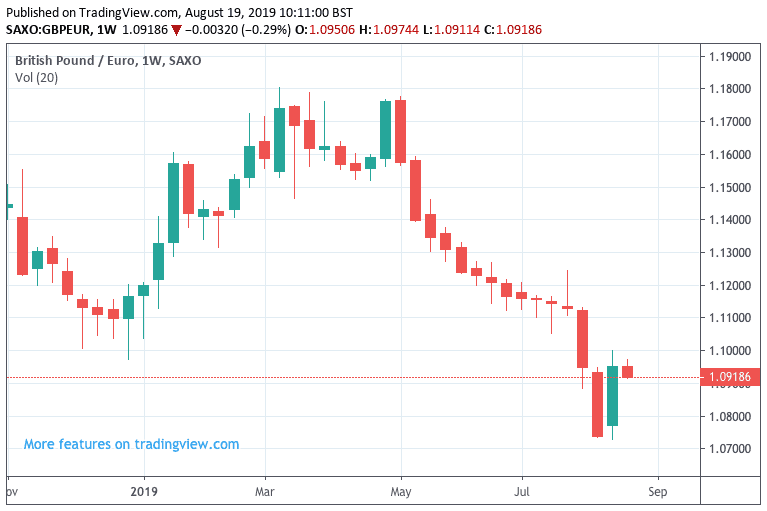 Above: The Pound snaps a record run of weekly losses against the Euro, but the overall tenor of the charts favours more losses.

The Pound has meanwhile recovered back above 1.21 against the U.S. Dollar, but we remain wary of the Dollar's ongoing strength right across the FX market, which could make further advances in GBP/USD hard to realise.

"Prices have been developing a broader correction, but so far we are holding under the 1.2200 area of resistance. A move through there is needed to suggest a further recovery towards more important daily trend resistance around 1.2300. However, gains at this stage are still developing in a corrective manner and so risks remain for another test of the 1.2000-1.1980 medium-term support region," says Robin Wilkin, a cross-asset strategist with Lloyds Bank.

European Leaders to Hold the Line

Brexit headlines will be key, and this week we will be particularly interested in the reaction of German and French leaders to the current status quo.

He will then meet French President Emmanuel Macron on Thursday.

It is widely expected that both leaders will reject Johnson’s call for the Irish backstop to be removed from the existing Withdrawal Agreement, which will only cement current expectations for a 'no deal'.

We would imagine that both leaders will be following UK politics closely noting that Parliament might scupper Johnson's plans. Furthermore, there is a chance Johnson's Government is voted down and replaced with a caretaker regime that will ask for an extension while a fresh General Election is conducted, and perhaps even a second EU referendum.

In short, it is too soon for Europe to shift position and this might keep nerves towards Sterling piqued.

"In our view, too early for a firm rebound in the GBP; until we get closer to the 31 October Brexit deadline, the market is unlikely to get its hopes up too high for an extension to avert a ‘no deal’," says Mikael Olai Milhøj at Danske Bank.

We expect political fireworks to be set off in early September when Parliament reconvenes, what will follow will be an eight week period of heightened political intrigue that will surely set the path for Sterling direction over coming months.