- BoE has opportunity to opine on GBP and Brexit developments.

- Ahead of Brecon and Radnorshire byelection in evening hours.

It is a busy start to the new month for Pound Sterling with some key manufacturing data on the docket as well as the Bank of England (BoE) interest rate decision and inflation report. While politics remains the main driver of Sterling values, we could see some short-term volatility introduced to the market by the economic calendar.

At 09:30 B.S.T. it was reported the UK manufacturing PMI for July read at 48, unchanged on the previous month's reading, but above the 47.7 expected by markets.

Because the actual result came in so close to the consensus expectation, the impact on Sterling is likely to be minimal: recall currencies tend to react to sizeable data surprises.

The Manufacturing PMI is nevertheless still stuck down at a 6-year low, as UK manufacturers "faced the ongoing headwinds of political uncertainty, a global economic slowdown and the unwinding of stocks built prior to the original Brexit date," report IHS Markit, compilers of the survey.

"Manufacturing production fell to the greatest extent in seven years, as companies scaled back output in response to a further solid decrease in new order intakes. Demand was weaker from domestic and overseas markets. The decline in new export business mainly reflected lower intakes from the EU and China."

The data will only add to the sombre assessment of the UK economy at a time of rising political intrigue, and should maintain the negative tone to trade in Sterling. 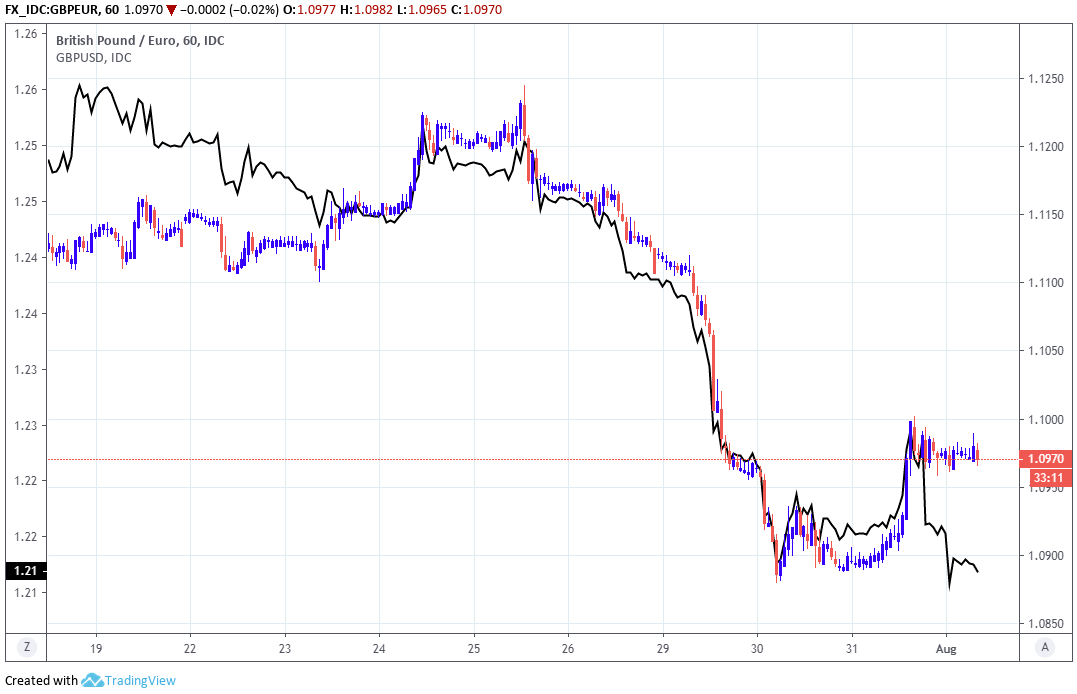 Looking ahead, at 12:00 the Bank of England release their latest decision on interest rates and policy: no changes to the basic interest rate are expected. Rather, markets will be focussing on the Bank's guidance as to whether an interest rate cut, or hike, lies on the horizon.

"With Brexit tensions ratcheting higher again, downside risks prevail for sterling. Our base case looks for a moderate bearish GBP reaction against both the USD and EUR," says Ned Rumpeltin, European head of FX strategy at TD Securities. 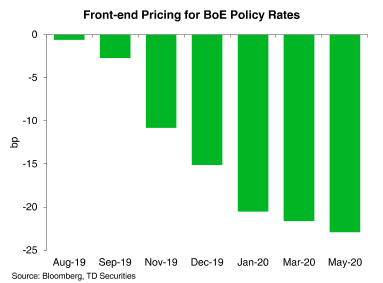 "Adjusting its core assumption of an orderly Brexit looks too political for the BoE, although we presume they will have to admit that risks of a disorderly Brexit have increased. Governor Carney will also be asked about the weak pound – which he can do little about – having described BoE intervention to support GBP during the 1990s ERM crisis as a‘debacle’. The strong Dollar means Cable looks to be en route to the October 2016 flash crash low of 1.1840," says Chris Turner, head of FX strategy at ING.

Economic data and interest rate discussions may dictate trading in Pound Sterling during the London session but the evening hours of Thursday could easily see the market's focus shift back to domestic politics, as voters in Brecon and Radnorshire head to the polls to choose their MP.

Polls suggest the Conservative Party will lose the seat to the anti-Brexit Liberal Democrats after its current MP became the subject of criminal charges relating to his parliamentary expenses. There are also two Brexi-backing parties standing in the seat, which risk splitting the leave vote.

"Sterling bears had a bit of a day off yesterday, but in between the pressure on GBP/USD (which makes more headlines than EUR/GBP), the on-going political carnage as Boris Johnson lays out his Brexit plans and the weakness of the economy, there's nothing to like about the pound," says Kit Juckes, chief FX strategist at Societe Generale.

Michael Every, a strategist at Rabobank, says this result will eliminate the government's working majority in parliament and the bring the spectre of another general election a step closer. Although markets have already anticipated the Torys will lose the seat, an increased threat of a looming election could be bad for the Pound.

"It’s equally clear that vote would be held on a ‘Leave any which way’ policy from the Tories and the Brexit Party, perhaps in coalition, against a ‘Remain regardless’ stance from the Lib-Dems and Labour(?) and the Greens and all of the new mini-parties that have sprung up like mushrooms on the decaying corpse of British-politics-as-usual," Every writes, to clients. "Yet Brexit and Tory voters strongly overlap: do Labour and Lib-Dem voters quite as much, given the latter were so recently in a Tory coalition?" 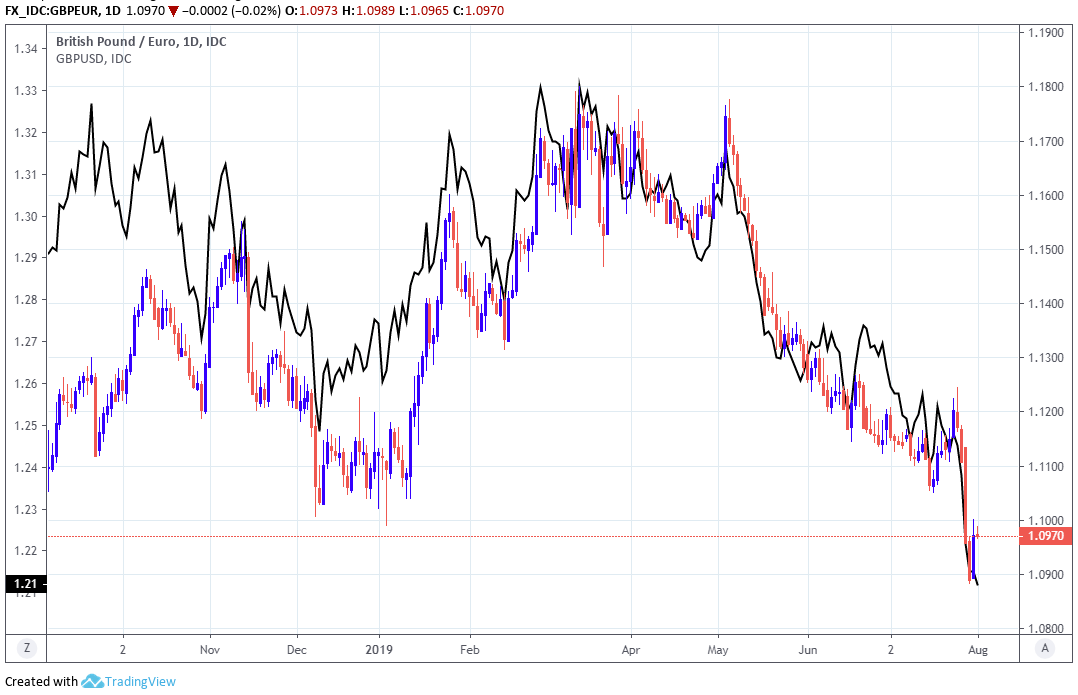