- Lower inflation could risk pulling BoE support out from under the GBP.

The Pound continued to drift lower against the Euro and Dollar Wednesday after April inflation figures surprised on the downside and as markets respond to fresh political uncertainty and instability in Westminster.

Inflation rose by 2.1% in April, up from 1.9% previously but below the 2.2% that financial markets had been looking for. Core inflation, which is seen as a truer measure of underlying price pressures because it excludes energy, alcohol and tobacco, held steady at 1.8% when markets had looked for an increase to 1.9%.

A rise in energy costs was behind the increase in the headline rate while the core inflation measure was held back by declines in prices of clothing and footwear. Prices of recreational items like computer games and package holidays also fell last month.

"Stripping away the hike in household energy costs, the core inflation picture still looks fairly benign and this is likely to keep the Bank of England on hold this year. That said, with wage growth close to cycle highs, a November rate hike shouldn’t be totally ruled out," says James Smith, an economist at ING Group. 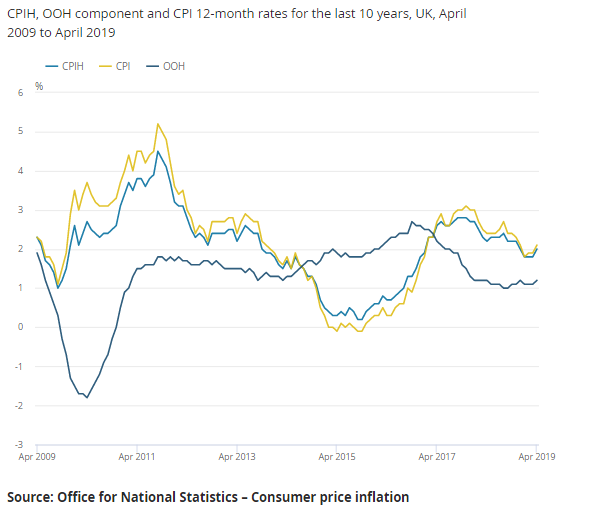 Markets care about inflation data because it has a direct bearing on Bank of England (BoE) interest rate policy. It is price pressures that central banks are attempting to manipulate when they tinker with interest rates. BoE forecasters say that even with further rate hikes, the consumer price index will still remain close to the 2% target level over the next two years or so.

The Bank of England has raised its interest rate twice since November 2017 and has said it will lift borrowing costs even further over the coming quarters if the outlook for inflation remains consistent with its forecasts. Economists say uncertainty over the Brexit process is the only thing to have prevented the bank from hiking rates again before now.

"CPI Inflation rose to 2.1% in April, slightly below the consensus expectation of 2.2%. And while we suspect that inflation is likely to remain above the 2% for the rest of the year, we don’t think that it will force the Bank of England into action anytime soon," says Thomas Pugh at Capital Economics. 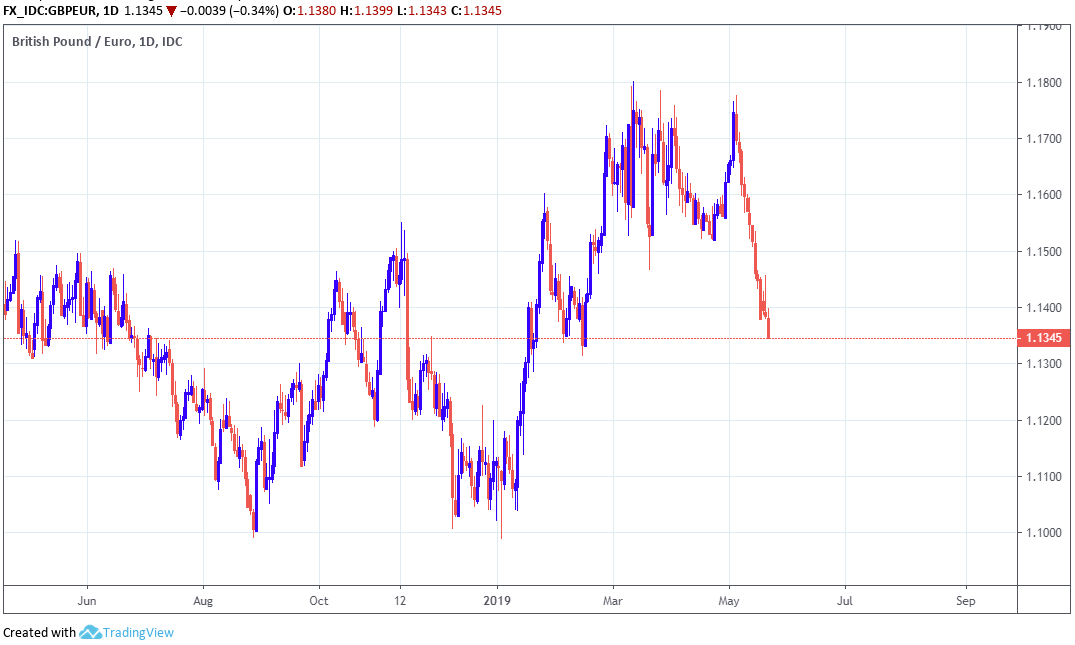 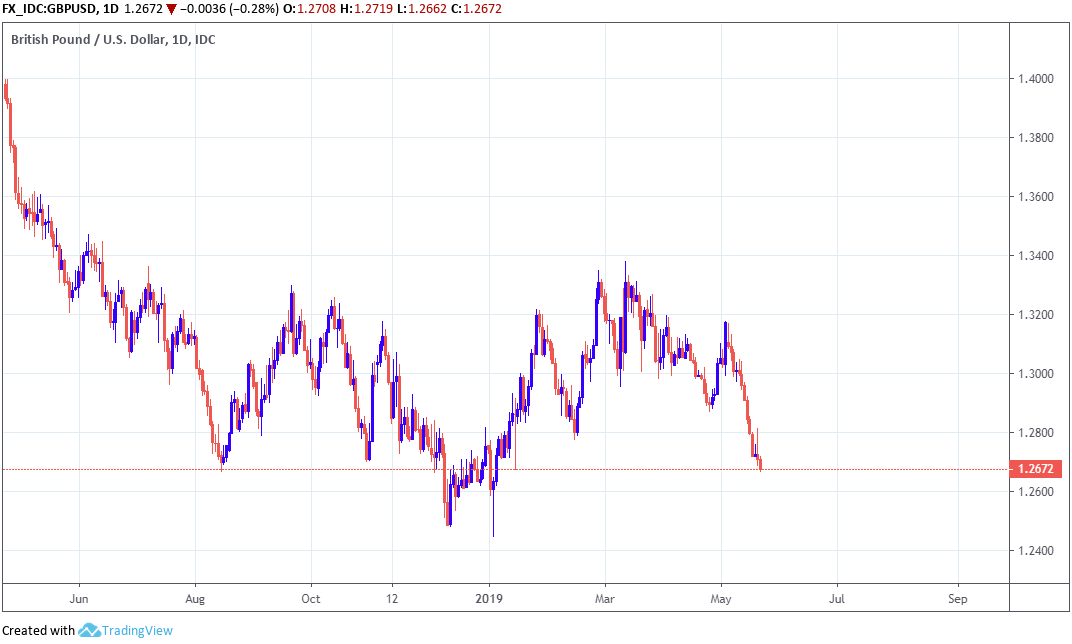 Wednesday's data comes as markets seek to fathom the implications of Prime Minister Theresa May's 'New Brexit deal', which saw her offer opposition MPs an opportunity to force a further Brexit referendum and to dictate the terms of the future UK-EU customs relationship if they support a bill aimed at ratifying her EU withdrawal agreement.

The pitch to Jeremy Corbyn's opposition Labour Party has so-far gone down like a cup of cold sick on the Conservative Party backbenches and risks seeing the PM lose even more of her own MPs than she gains from the opposition on the fourth attempt at securing a majority for the withdrawal treaty.

"What could be viewed as best from a sentiment perspective and for the pound, would be for PM May to resign now and not waste the next two weeks on a deal that stands next to no chance of passing," says Derek Halpenny at MUFG. "If May continues to pursue this deal and with ample scope for the market to re-price no-deal risks later this year and general election risks, we see scope for further GBP declines from here over the short-term."

The global economy is slowing and central banks across the world have moved to the sidelines of the interest rate field in recent months, but not the Bank of Englan, which is still expected to attempt a rate hike over the coming quarter.

With Brexit risks looming large over Sterling, that interest rate 'hawkishness' has been an important crux of support for the British currency. However, if inflation pressures are seen to be waining in the eyes of the market over the coming months then even that last pillar of support may be pulled out from beneath the Pound. But not all analysts and economists are convinced this will be the case.

"The MPC will be less tolerant of a depreciation of sterling than in 2016/17, given higher wage growth. A 5% fall would force the MPC to raise its forecast for CPI inflation in 2021 to an uncomfortably high 2.3%. Brexit uncertainty hasn't led to below-trend GDP growth; no case for ignoring above-target inflation," says Samuel Tombs, chief UK economist at Pantheon Macroeconomics.

Interest rate decisions are normally made in relation to the inflation outlook but impact currencies through the push and pull influence they have over international capital flows. Rising rates normally draw bids for a currencies while declining rates drive flows away from them.