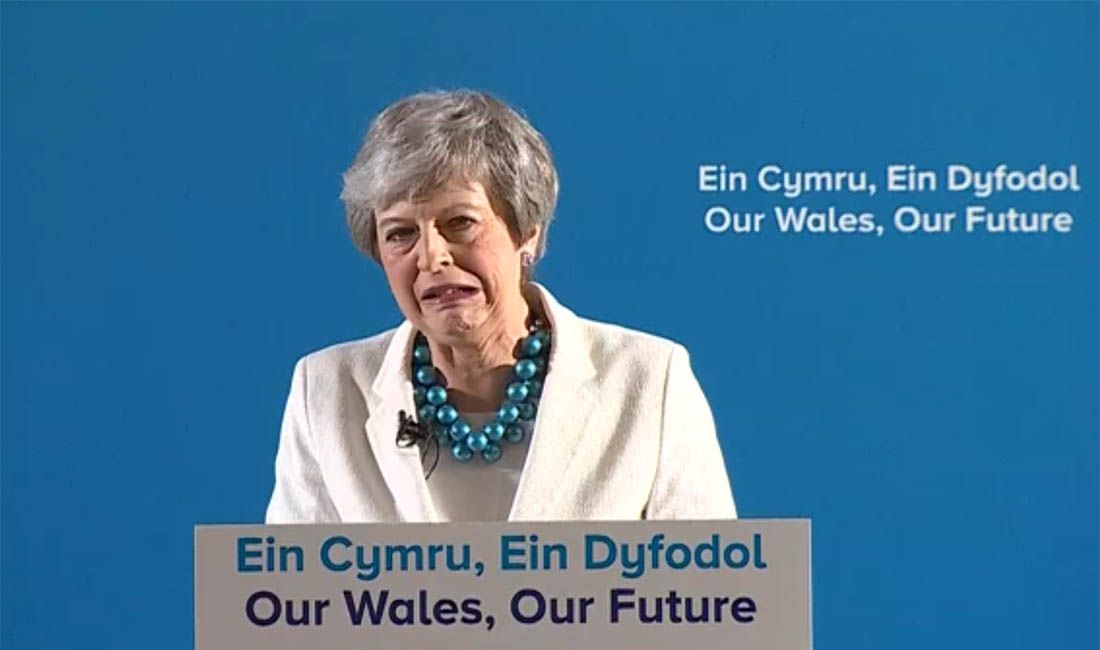 Above: Prime Minister Theresa May delivers a speech to the Welsh Conservative Party Conference on the day the party suffered losses in local elections. Image © Pound Sterling Live, Still Courtesy of BBC.

Pound Sterling is the week's best performing currency with a poor performance by Labour and the Conservatives in local elections likely to spur the two sides towards agreeing a Brexit deal as they seek to lance the boil that is Brexit.

The Pound's advance accelerated late on Friday afternoon following comments from Labour leader Jeremy Corbyn that a deal on leaving the EU must be decided by the UK parliament soon.

The advance comes as the last of the local election results come through and the final tally suggests the UK's two largest parties have little to smile about and everything to gain by putting Brexit behind them.

At present the Conservatives appear to have lost 1199 seats and lost control of 40 councils.

The Labour Party have meanwhile lost 9 councils and 81 seats, poor form for an opposition party that should be mopping up disaffected voters.

Using the vote tallies to project how a General Election might play out, it is estimated that Labour and the Conservatives would each command 28% of the national vote were the patterns repeated in a General Election.

"This is the second time Labour and Conservatives have been below 30%. This is a rejection of both the two largest parties," says Sir John Curtice, the well-regarded polling expert, responding to the poll projections.

A Labour/SNP coalition government with a tiny majority would be the GE result from the BBC's projected national vote share (if 25% for Others split equally 4 ways). pic.twitter.com/v3wQAIlvtz

The overwhelming message coming in from both Labour and Conservative party sources, as well as political pundits, is that the electorate are deeply dissatisfied with the handling of Brexit by the two main parties.

Earlier in the day, the losses were potentially not as bad for Prime Minister Theresa May many had been expecting, but as the day progressed the Conservatives have lost control of council after council.

We warned one week ago that a substantial defeat for the Conservatives could hasten the demise of the Prime Minister and bring forward a period of heightened political uncertainty that would severely undermine the Pound.

However, the reading we are getting now is that the poor performances leave both Labour and the Conservatives with a heightened incentive to agree a deal in cross-party talks and move the agenda away from Brexit.

Jeremy Corbyn, leader of the Labour Party, said the local election results should spur lawmakers to find a way to "get a deal done" to leave the EU.

He was quoted by ITV as saying there was now a "huge impetus" on every lawmaker to deliver a deal.

"GBP helped by Corbyn pushing for a deal to be done. The pound is trading more like an EM currency against the soggy dollar this afternoon, and positive rhetoric from Corbyn suggests traction behind the scenes in a deal," says Simon Harvey, FX Analyst at Monex Europe.

Brexit is now clearly a lose-lose for both parties. 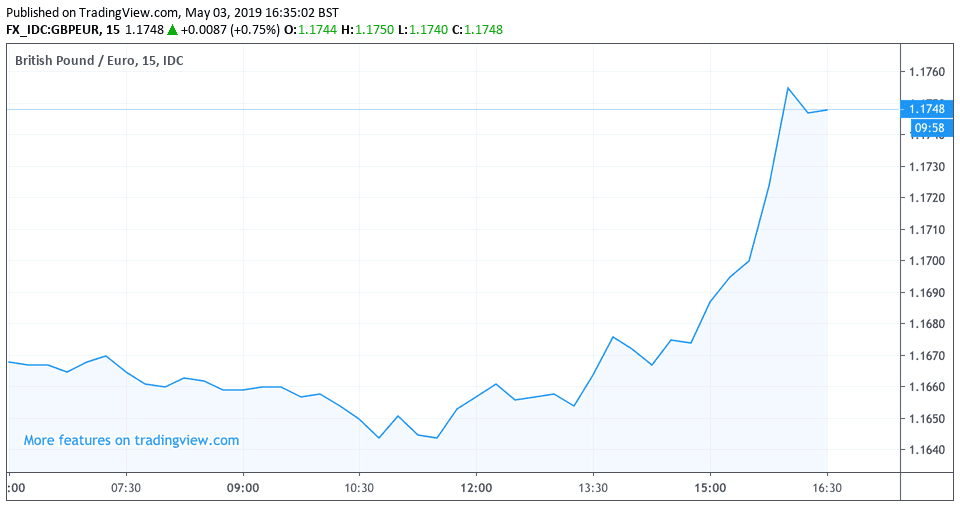 Above: Sterling soars in reaction to Corbyn's comments.

Time to Strike a Deal

The big news is the return of the Liberal Democrats to local government - the remain-supporting party who lost big to the Conservatives last time around.

The Lib Dems appear to be benefiting from a 'remainer' backlash and the party appears to be sweeping up a good portion of former Conservative and Labour voters who are in favour of the UK staying in the EU.

But, the Liberal Democrats have traditionally enjoyed a greater influence on the local, as opposed to national, level and these elections look to be resetting the political dial back to pre-2015.

The Greens and independent candidates are making sizeable advances which feeds into the narrative that a sizeable protest vote against the two main parties - who are in a muddle on delivering Brexit - is at play. 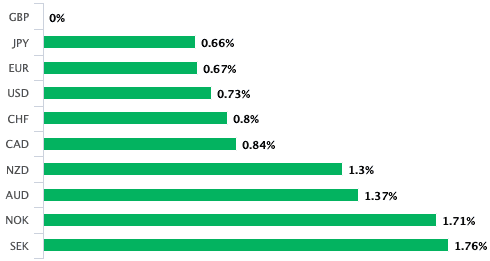 Above: The Pound enters the weekend with a gain against its major rivals.

The results should see Prime Minister Theresa May and will almost certainly see her double-down on her ambition of finding a cross-party Brexit solution with Labour over coming days.

May has set next week as a deadline for the two sides to strike a deal.

Recall, a deal between Labour and the Conservatives would be viewed favourably by a currency market that would expect it to open the door to a Brexit deal being ratified in the House of Commons.

We expect Sterling to rally sharply under such a scenario as business investment picks up and the Bank of England delivers an interest rate rise.

A deal between the two parties would however depend on how Labour react to their local election results.

The Labour Party has not fared as well as they might have hoped, losing some big seats in traditional areas, and  they are by no means benefiting from the Conservative's retreat in the manner the main opposition party would expect to at this point in the political cycle.

"It looks as though the key message from the voters to the Conservatives and Labour is "a plague on both of your houses", as both of them find themselves losing both votes and seats on an extensive basis," Sir Curtice tells the BBC, "even though the Labour Party is defending a relatively poor result in 2015, the party is not doing even as well as it did then."

Bolsover is the standout loss: they have held it since the 1970s.

It is leave supporting constituency and the message from this heartland to party leader Jeremy Corbyn could be "get it done."

Indeed, speaking to the Welsh Conservative conference in Llangollen, Theresa May told delegates the "simple message" for both her party and Labour from the local election results: "Just get on and deliver Brexit."

Could Labour be more incentivised to work out a deal with the Conservatives after today?

We are not sure, but we suspect so as Brexit is turning into a problem both parties would want to be rid of sooner rather than later.

"Sterling is on track for a superb week against the US Dollar, hoping to snap its 2-week losing streak. At its peak, the Pound has appreciated by nearly two cents against the greenback this week," says Joe Manimbo, a foreign exchange strategist with Western Union. "Appetite for the British Pound has partly increased on reports that cross-party Brexit talks have improved, and the Conservative government has shown willingness to shift on its Brexit stance to break the impasse in Parliament."