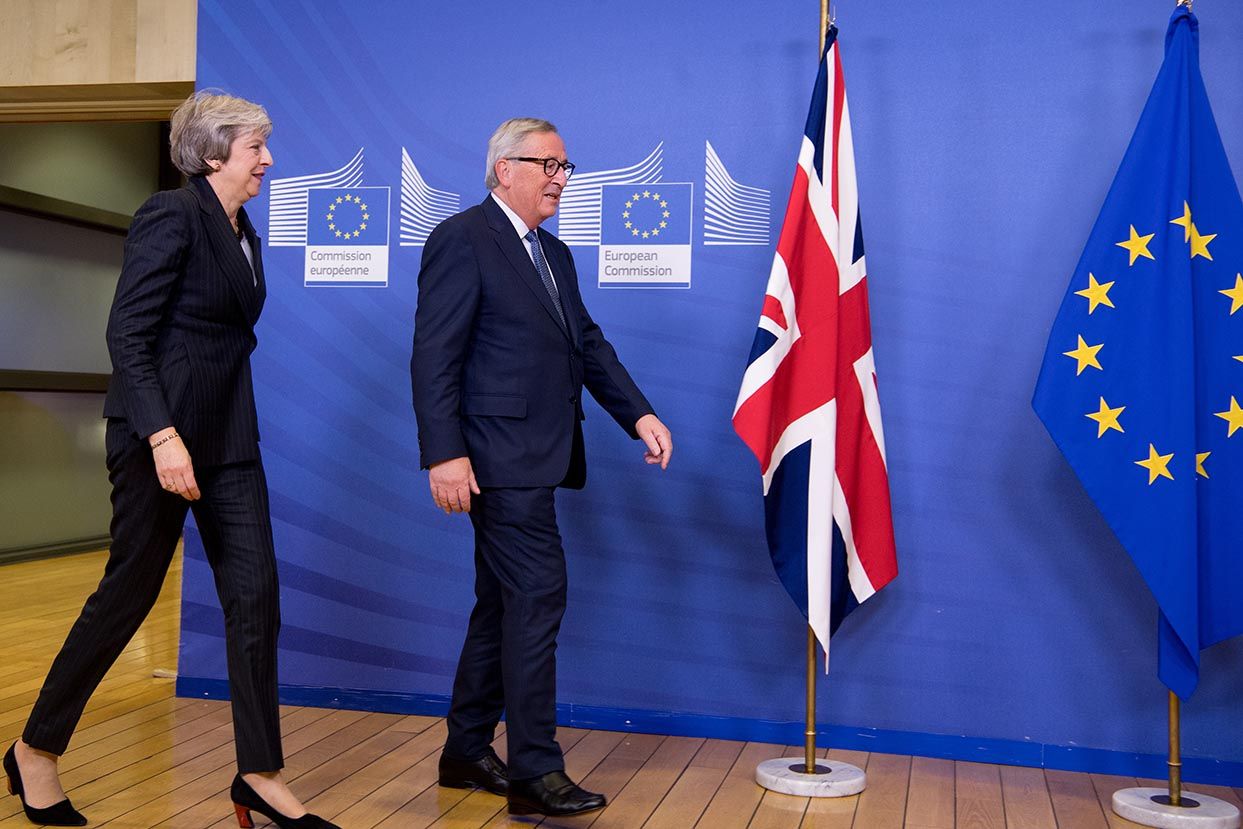 - Year-end forecasts for the Pound vs. Euro and U.S. Dollar

UK Prime Minister heads to Brussels this weekend to finalise the Brexit Withdrawal Agreement struck between the UK and EU that will allow the UK to enter a two-year transitional period from March 2019 ahead of a the establishment of a formal trade agreement.

However analysts are saying the deal will ultimately come to nought owing to domestic resistance and as such Sterling faces a difficult few weeks ahead.

Ahead of the signing of the deal with EU leaders Sunday, May will be meeting with European Commission officials Saturday to iron out some outstanding issues; Spain's opposition to the deal's current wording on Gibraltar being the most important.

On paper these developments all bode well for the British Pound, yet the currency is likely to struggle over coming months we are told because the chance of this UK-EU deal actually seeing the light of day are not high.

The Withdrawal Agreement simply does not have the backing of the UK parliament, largely because of the backstop clause contained within it designed to ensure no 'hard border' ever gets set up on the island of Ireland.

At present, independent research house Capital Economics say there is a 50-50 chance of the Brexit deal getting through parliament, sharply raising the prospec of a no deal Brexit taking place in March 2019. We believe these odds to be greater than the odds being held by the markets.

Pound Sterling will fall likely fall back toward its post-referendum low against the Euro and lower than where it is today against the Dollar over the next six weeks as markets move their odds towards 50-50.

Most economists agree the 'no deal' route will be economically damaging for the UK, which is why the currency market is on edge.

According to Capital Economics this will weigh on the Pound into year-end and beyond.

The Pound rallied Thursday on reports that a Political Declaration on the future relationship had been reached, as markets saw some concessions from the EU that might allow opponents to the deal to ultimately back the deal. However, gains were soon pared back as markets realised it might simply be a case of too little too late.

The Political Declaration is a statement of intent for future negotiations on trade; it is seperate to the Withdrawal Agreement which is a legally binding treaty. The Political Declaration has however provided a potential roadmap to how the two sides can avoid ever triggering the backstop but because none of the solutions proposed in it are legally binding opposition to the Brexit deal in parliament remains unwavering.

"The Political Declaration shunts decisions on the key issues into the transition period. And with a solution to the Northern Irish border problem (which is needed to avoid using the backstop) still unspecified, the Declaration doesn’t make the deal any more appealing to eurosceptic Conservative MPs," says Andrew Wishart, an economist at Capital Economics.

The EU does have a sense of humour. The so called Withdrawal Agreement is designed to keep us in whilst making us pay up. No sensible person could call it Brexit & no good negotiator would ever say Yes to a one sided proposal. It should be renamed The Stay in & Pay up Agreement.

Northern Ireland's DUP - a key ally of the the Conservative party - have meanwhile this weekend reminded the Prime Minister that what she does in Brussels this weekend matters nought as she does not have parliamentary backing to push the deal through.

Furthermore, the DUP have threatened to end their agreement to support key government legislation pass through parliament which will effectively leave the government powerless.

"The Political Declaration on the future relationship between the UK and the EU sketches out an “ambitious” Canada-style free trade agreement. However, the absence of a solution to the Northern Ireland issue means that it does little to improve the chances of the deal being approved by Parliament," says Wishart. "What’s more, the EU would need to be satisfied that there was a 'level playing field' for trade in goods. As a result, it is heavily implied that the UK would have to align its rules and regulations with those of the EU in order to keep the Northern Irish border frictionless."

The prospect of the deal failing to be voted into law casts significant uncertainty over Sterling for coming weeks. "It seems likely that a final agreement on the UK’s exit from the EU is still some way off. As such, uncertainty will continue to weigh on Sterling,"  Wishart says.

We can report that consensus estimates for GBP/EUR have been raised for the 3, 6 and 12 month timelines. We recommend downloading the November exchange rate forecast report from Horizon Currency to see where over 50 of the world's leading investment banks and financial institutions are expecting GBP/EUR to trade through 2019.

The Eurozone manufacturing PMI fell from 52.0 to 51.5 in November when markets had looked for it to remain unchanged, while the services PMI declined from 53.7 to 53.1 when economists had penciled in only a minor fall to 53.6.

This led the Eurozone composite PMI down from 53.1 in October to 52.4 in November, marking a 47-month low, as business activity grew at its weakest pace for more than four years.

The Euro was seen broadly lower on the data with the EUR/GBP exchange rate fading down to 0.8843 and the EUR/USD declining half a percent to 1.1340.

Softness in both French and German manufacturing sectors led the decline in the overall index for November, with falling exports and declining new order growth driving the downturn.

"The rise in factory output was the weakest since the recovery in production began in July 2013. Production growth came to a near-standstill in response to second successive monthly falls in factory orders and exports," says IHS Markit, compilers of the report.

Weakening global demand amid high levels of uncertainty about the economic outlook was responsible for the fall in export orders, although the so-called trade war and sluggish car sales were also cited as headwinds.

"When all is said and done, a PMI headline if 52.4 is not catastrophic, but it does suggest that the growth in the Eurozone is slowing faster than markets, and the ECB, expect. Mr. Draghi recently held on to his view that risks remain “broadly balanced,” but these data suggest that the president will have to change his tune next month," says Claus Vistesen, chief Eurozone economist at Pantheon Macroeconomics.