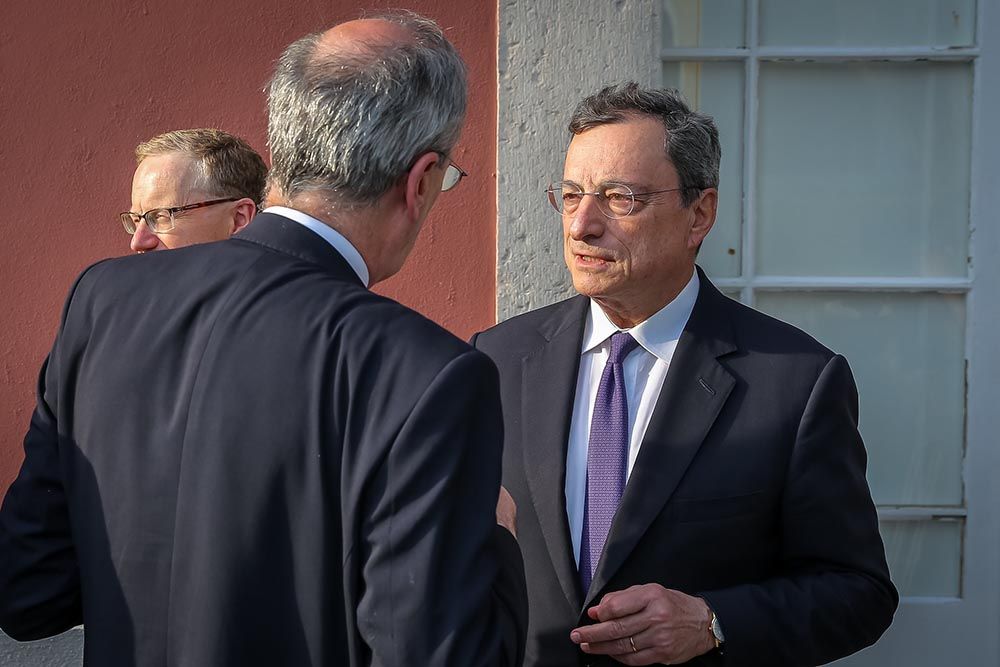 Draghi told delegates the European Central Bank will take a "patient" and "gradual" approach to raising interest rates as inflation in the Eurozone recovers.

Draghi added he is happy with current market expectations.

The Euro slumped Thursday, June 15 after the European Central Bank quashed market hopes of an initial Eurozone interest rate rise in June 2019, a move markets had been expecting.

Thus, Draghi's message to markets in Sintra is thus: your selling of the Euro is more-or-less unremarkable and in line with our communications; understandably this does not provide any basis for a substantive recovery in the single currency which is nursing week-on-week losses against an host of developed work currencies.

Some participants in the currency market were alert to a potential calibration in messaging by Draghi heading into today's address; they were disappointed.

"We will remain patient in determining the timing of the first rate rise and will take a gradual approach to adjusting policy thereafter," Draghi told his audience. "The path of very short-term interest rates that is implicit in the term structure of today's money market interest rates broadly reflects these principles.|

Following the remarks, the GBP-to-EUR exchange rate was seen trading slightly higher on the Euro's broad-based weakness and is quoted at 1.1404.

The Euro-Dollar exchange rate was on the other hand under pressure, pencilling a 0.66% loss when being quoted at 1.1553.

Money markets currently price in the first hike to the ECB's deposit rate in September 2019.

The European Central Bank said Thursday, June 14 it will continue buying €30 billion of European government bonds each month until the end of September 2018, at which point the rate of monthly purchases will be cut to €15 billion before being reduced to zero at the end of December. This should have been a positive development for the Euro.

However, the ECB also quashed earlier hopes among traders that it would be in a position to raise interest rates from their record lows in June 2019, dealing a crushing blow to the single currency and a broad swathe of forecasters who had hoped that an end to the era of ultra-low interest rates was near.

"The Governing Council expects the key ECB interest rates to remain at their present levels at least through the summer of 2019 and in any case for as long as necessary to ensure that the evolution of inflation remains aligned with the current expectations of a sustained adjustment path," read the ECB's statement.