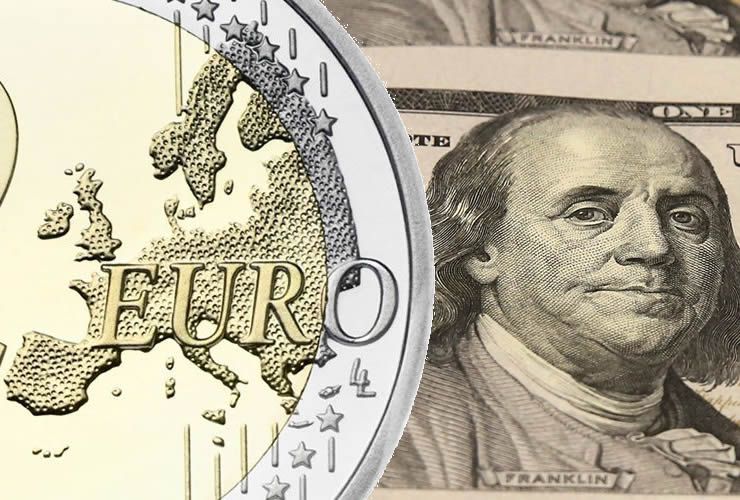 The Euro’s impressive advance against the Euro has the legs to continue, but not before a period of consolidation takes place say analysts at Rabobank.

Rabobank - the Dutch financial services provider - have announced an upgrade to their Euro-Dollar exchange rate forecasts amidst an ongoing shift in expectations regarding future central bank policy.

With the European Central Bank tipped to announce a it will taper its asset purchase programme in September, and the US Federal Reserve now not expected to cut rates against in 2017, the EUR/USD should be pushed higher.

July was a watershed month for the single currency. EUR/USD broke above its 1.04-1.16 trading range established after the European Central Bank (ECB) launched its quantitative easing (QE) programme in Mar 2015. EUR/USD appreciated to a high of 1.1825 on 31 Jul, a level not seen since Jan 2015.

The breakout was consistent with the ECB’s views on 26 June that deflationary forces have been replaced by reflationary ones.

The ECB was also encouraged by above-trend growth that it considered geographically well-distributed.

Rabobank started 2017 calling for US Dollar weakness - and this forecast has proven correct.

However, the extent of the weakness in has been surprising to analysts at the Dutch Bank.

“In terms of direction, our view on  the USD this year has been correct.  However, even though our forecasts for the greenback were far weaker than the market consensus at the start of this year, the momentum behind the fall in the USD has exceeded our expectation,” says Rabobank’s Senior FX Strategist Jane Foley in London.

At the end of last year Rabobank argued that disappointment over Trump reflationary policies would be associated with a softer USD in 2017.

Linked with this expectation, analysts also maintained a forecast that the Fed is unlikely to hike rates more than twice this year.

“This relatively dovish call on Fed policy ensured that our view on the USD was softer than the market consensus. Currently, benign US inflation indicators are subduing US treasury yields which in turn is acting as a downward force on the USD,” says Foley.

While they called Dollar weakness correctly, it appears the outperformance of the Eurozone economy caught analysts by surprise.

“Relative to the expectations that existed at the end of last year growth in the Eurozone economy has surprised on the upside this year. This factor combined with the Macron victory in the French Presidential election has triggered a rotation back into Euro denominated assets which has in turn emphasised and exaggerated the movement out of the USD,” says Foley.

Eurozone economic data remains in positive territory with little signs of a slowdown at the mid-point of 2017.

Growth data for the second-quarter shows the Spanish economy has returned to pre-crisis levels at 0.9% q/q growth being reported. 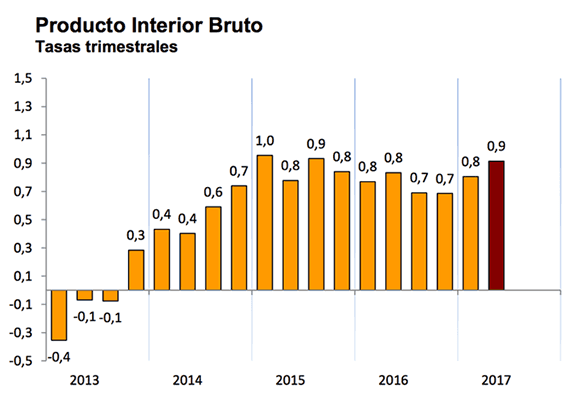 Ireland’s central bank has sharply revised up its forecast for domestic growth in 2017 from 3.5% to 4.5% and Greece has managed a return to the bond market – though the country clearly still has a difficult path to negotiate.

Inflation data is also holding onto positive momentum and it could be on course to rise towards the ECB’s 2% target which justifies the need to to retract the stimulatory support the ECB has been providing over recent years.

“The improved economic backdrop in the Eurozone has fed speculation that the ECB could be posed to change policy direction,” says Foley.

There are growing concerns that the Euro’s rise has gotten ahead of itself though, and perhaps a period of consolidation is nigh.

For the most part, ECB President Draghi has been careful to push the message that the central bank wishes to be “patient” with respect to any tapering of its bond buying programme in order to try and keep Euro exuberance in check.

This could be a theme to watch.

“This year’s stronger EUR has tightened monetary conditions considerably. Although the EUR remains undervalued vs. the USD on many measures on Purchasing Power Parity (the OECD estimate is EUR/USD1.24), central banks rarely welcome volatility in the FX market and the ECB will be keen for the rapid movement in EUR/USD to abate,” says Foley.

Based on expectation that the Fed will not act again on policy this year and given market expectations that the ECB is gearing up for a message on tapering in the autumn, Rabobank see EUR/USD edging up to 1.19 by year end and 1.20 on a 12 month view.

Considering the market is at 1.17 those looking to profit on further EUR/USD exchange rate strength might have missed the boat.

Another long period of sideways trading could be about to commence.

In terms of the EUR/USD’s value compared to bond yields - a kind of fundamental valuation if you wish - you won’t get far in the world of FX without someone shoving the above graph in front of your face.

It speaks for itself - the EUR/USD has decoupled from the differential in US and German sovereign bond yield spreads. Ultimately, a decoupling is likely. Will the exchange rate go down or spreads go up, or a combination of both? Either way some giveback by the Euro is likely.