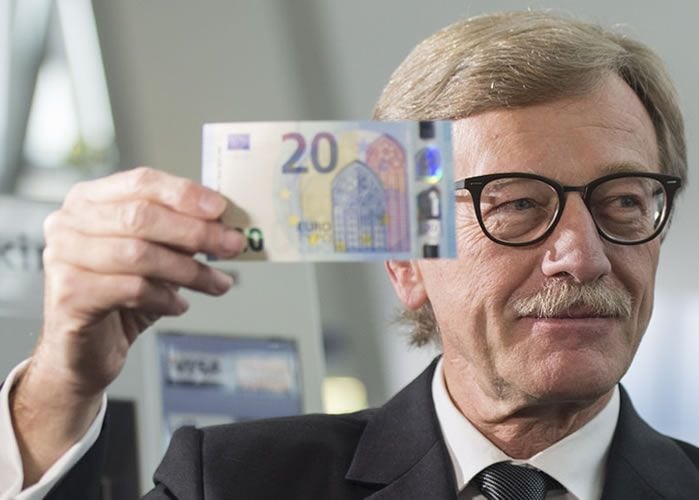 Euro exchange rate values could be about to be hit by a massive hammer in the shape of the European Central Bank with analysts at a prominent Scandinavian research house saying another round of quantitative easing is coming.

Recall that the orthodoxy suggests the next move at the ECB will be to start drawing the curtains on the quantitative easing programme?

Many economists think that in coming months the Bank will start indicating this to be the case through verbal warnings.

The Euro is essentially valued at current levels based on this assumption; therefore if they have to shift their stance again there could be notable downside in the Euro to be had. Recall we saw the currency plunge in December when the ECB announced a further extension to quantitative easing.

The rise in inflation to the ECB’s 2.0% target for the first time since 2013 implies that market expectations have turned in favour of expecting a more hawkish stance from the ECB (a 50% probability of a 10bp deposit rate hike from the ECB is priced in for the end of this year).

As a result of such expectations the Euro has outperformed most its rivals of late - particularly the G10 currencies.

This interesting stance is down to Danske’s observations on Eurozone inflation which is actually not as hot as many assume.

“Consistent with weak underlying price pressure, the market is pricing in lower inflation in coming months (down at 0.8% in January 2018), which in our view is in sharp contrast with the expectations of a policy rate hike this year,” says Henneberg in a note to clients dated March 29.

Markets could therefore be in for a shock.

What is certain is that inflation has started going in the opposite direction to where the ECB would like it to be going.

The most recent inflation data for Germany, Spain and Belgium suggest that eurozone inflation dropped back to levels well below 2% in March.

HICP inflation in Germany declined to 1.5% down from 2.2% in February when markets had forecast a rise of 1.9%.

These inflation data are another factor in the Euro's current underperformance as it shows the ECB will not be keen on withdrawing its stimulus any time soon.

“Our conclusion is that the rise in inflation is not a sustained adjustment towards the 2% target, as core inflation is set to print below 1.0% for the next six months, except for one month where it will be lifted by the timing of Easter,” says Henneberg.

Based on this, Danske Bank still expect the ECB to announce a third quantitative easing extension in September and most likely continue buying assets of EUR60bn per month, as its focus will remain on the underlying price pressure.

And perhaps Danske Bank are right - look at the reaction in the Euro exchange rate strip to news the ECB is unhappy with the direction markets took the Euro after their March meeting.

Benoît Cœuré, Member of the Executive Board of the ECB, told an audience at an event organised by Bruegel in Brussels that, "the latest incoming data have shifted the balance of risks for growth towards neutral territory."

The tone struck by Cœuré is suggesting that the ECB is keen on keeping expectations regarding any future interest rate rises contained.

We heard this week that the ECB was unhappy with the market's reaction to their March policy meeting which saw Eurozone bond yields and the Euro rise as markets started to bet the ECB would start withdrawing its quantitative easing programme over coming months.

However, Cœuré appear unhappy with this development, particularly in light of recent inflation data.

Analysts have observed price action in EURUSD to be remarkably consistent with that seen during October and November of 1999, “suggesting we will see levels below parity over the medium term”.

In particular, Citi observe the way the market appear to be failing at almost the exact same levels to those seen in 1999 argues that this recent rally has been an opportunity to enter shorts.

“As a result, we entered a short EURUSD position,” say Citi.

If the EUR/USD falls below parity you can be assured that the EUR/GBP will fall sharply too owing to correlations.

This could be welcome relief for those looking for a stronger Pound in these times of Brexit.

Actually, the Euro is Going up as Inflation is About to Pop

Could recent inflation data be nothing more than a setback in an upward trend?

This is a likely scenario argues Bilal Hafeez, a foreign exchange strategist with Nomura in London.

“Our analysis of slack measures in the eurozone suggests inflation pressures are brewing, warranting a more hawkish ECB, higher yields and a stronger euro,” says Hafeez.

The normalisation sequence will matter – if the ECB tapers and the EUR curve bear steepens, JPY would be the clear underperformer.