"We feel momentum could easily build for a push to 0.9650 tomorrow if US jobs and wage data do not slow as much as expected," ING Group

The Euro to Dollar rate has reversed much of its October recovery in recent trade with the help of a Federal Reserve (Fed) that has quashed market speculation about a dovish pivot or softening of the U.S. interest rate stance and left the outlook for the single currency hanging in the balance.

Europe's single currency was far from the worst performer on Thursday but did fall more than half a percent against a stronger Dollar after Fed Chairman Jerome Powell left many in the currency, bond and stock markets with burnt fingers following November's monetary policy press conference.

He made clear that Fed officials are long way away from relaxing their efforts to bring inflation back to the 2% target and warned that recent data emerging from the U.S. economy has argued in favour of an even steeper increase in borrowing costs than was suggested is likely in September's forecasts.

"At some point, as I’ve said in the last two press conferences, it will become appropriate to slow the pace of increases as we approach the level that will be sufficiently restrictive to bring inflation down to our 2% goal," he said.

“That time is coming. No decision has been made but it is likely that we’ll have a discussion about this at the next meeting but I’ll say again, the question of when to moderate the pace of increases is now much less important than the question of how high to raise rates and how long to keep monetary policy restrictive," he also said in response to questions from reporters. 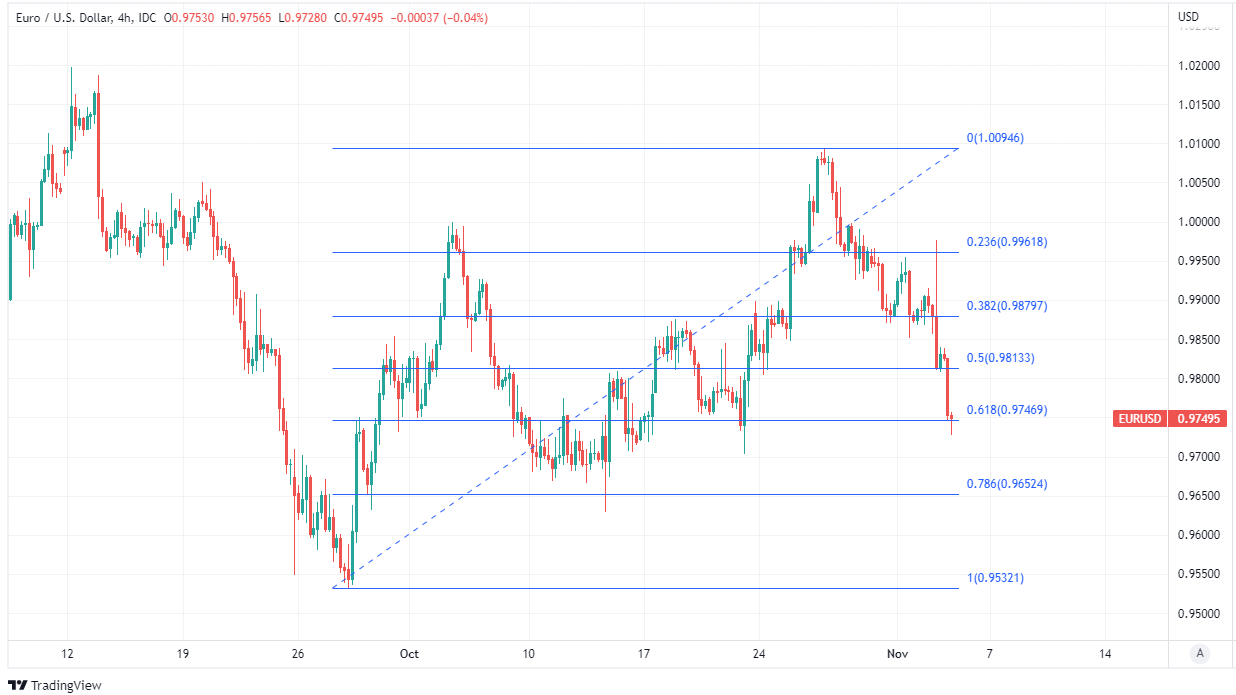 For a market where many had speculated that the Fed would be likely to reduce the size of its interest rate steps at the next meeting and adopt a more cautious approach to further increases in borrowing costs, Wednesday's press conference could not have been a bigger disappointmnet.

Chairman Powell repeatedly downplayed the relevance of any future decision to raise interest rates in smaller increments after four consecutive increases of 0.75% that lifted the top end of the Fed Funds rate range to 4% this Wednesday.

He also emphasised on several occasions that the ultimate destination or peak for interest rates should be more important than the speed at which it is reached while warning that U.S. economic data justifies a more hawkish or aggressive interest rate policy and not a more dovish approach to anything.

"The jump in US short-dated rates has widened the two-year differential between EUR and USD swap rates back to 210bp again - not far from the widest levels of the year. Equally, the shorter-dated yields now indicate that it will cost euro-based companies around 3% per annum to hedge the dollar using rolling three-month forwards - that is expensive," says Chris Turner, global head of markets and regional head of research for UK & CEE at ING.

"EUR/USD is gradually sinking back towards 0.98 and we feel momentum could easily build for a push to 0.9650 tomorrow if US jobs and wage data do not slow as much as expected. In Europe today, there are a lot of European Central Bank speakers, where the doves are trying to get the message across that the forthcoming recession will do some of the work in taking inflation off its highs," Turner and colleagues also said on Thursday. 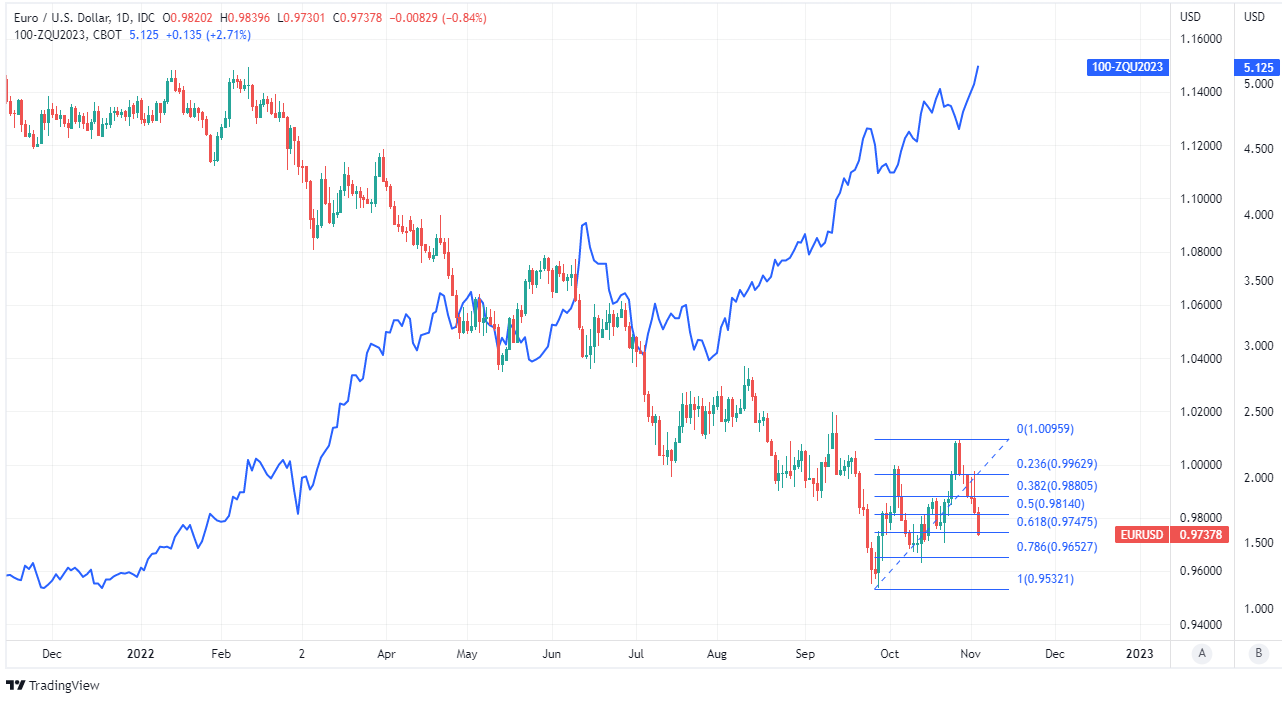 Some market-implied measures of expectations have since shifted to suggest that some investors now see U.S. interest rates rising to more than 5% during the opening half of next year, widening the differential between bond yields in Europe and the U.S. while imposing a cumbersome burden on the Euro.

For all currencies this raises the importance of U.S. economic data but especially job figures released in the non-farm payrolls report out on Friday and inflation numbers, both of which were singled out by Chairman Powell as recently justifying the Fed targeting higher interest rate levels than it did in September's forecasts.

September's Federal Open Market Committee forecasts that the top end of the Fed Funds range is likely to reach 4.5% by year-end before rising further to a 'terminal rate' of 4.75% in the new year, although this Wednesday's update was clear that the latter number is now likely to be higher.

"The risk remains for a faster pace and higher peak, depending on incoming data. A higher for longer Fed Funds rate is a key upside risk to our USD forecasts in 2023," says Carol Kong, an economist and currency strategist at Commonwealth Bank of Australia.

"The risk that the peak in the ECB deposit rate may be lower and the peak in the Fed Funds rate may be higher than our forecasts can further weigh on EUR/USD," Kong said in reference to Commonwealth Bank of Australia's forecast for EUR/USD to fall to 0.93 early next year. 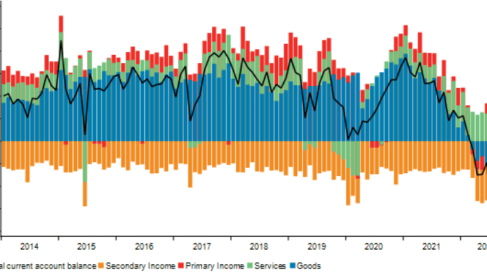 Euro outlook greatly improved as the region's current account is back in surplus.

The incentive to hold onto debt issued in the Eurozone has risen dramatically of late, and analysts say this is one reason the Euro will possibly remain supported over the coming months. 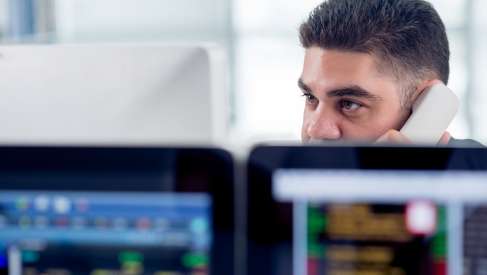 For Euro-Dollar, the "bigger picture" remains one of ongoing strength.

The Euro to Dollar exchange rate entered the new week at nine-month highs and with scope for an extended recovery above above 1.09 and toward the 1.10 handle as a more benign global economic backdrop and hawkish European Central Bank (ECB) policy stance benefit the single currency.