The Euro to Dollar exchange rate was little changed for the week in the final session of trading and with selling pressure having ebbed it could now be set for a period of consolidation within a narrow range, according to some strategists.

Europe’s single currency had clung onto the recently recovered 1.13 handle throughout much of the week by Friday in what may be a sign of a tentative bottom being in place following almost a year of staggered declines that have pulled the Euro lower from near 1.23 back in January.

The Euro-Dollar rate had fallen briefly below the 1.12 handle in the prior week before discovery of the latest strain of coronavirus upended global markets and seemingly prompted a capitulation by investors who’d previously borrowed and then sold the Euro to fund bets on higher yielding assets.

“EUR/USD is sitting exactly in the middle of what could prove a multi-week 1.1180-1.1380 trading range - bordered by Omicron and Fed news. While a strong nonfarm payrolls report today could see the lower end of that range tested, investors may be reluctant to chase the move too much lower for fear of some more damaging Omicron news,” says Chris Turner, global head of markets and regional head of research for UK & CEE at ING.

“In the meantime, news of further lockdowns across continental Europe hardly proffers the euro as a safe haven currency of choice and one suspects that EUR/JPY stays under pressure,” Turner and colleagues wrote in a Friday research note. 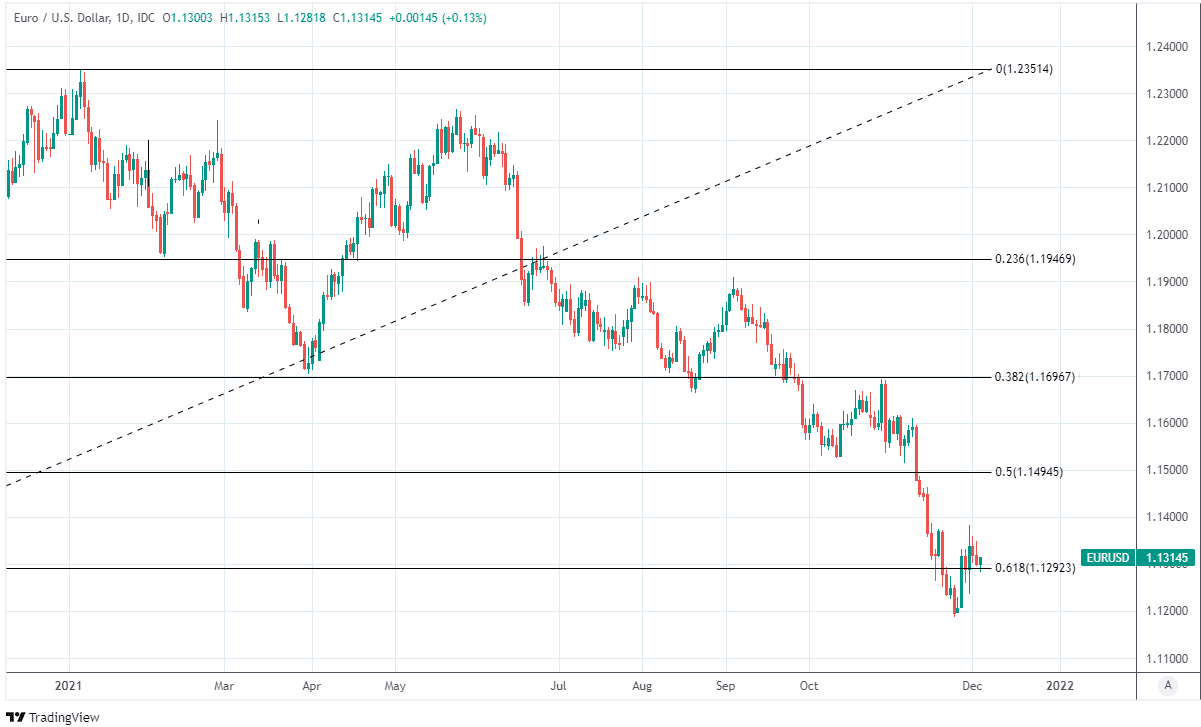 Turner and colleagues suggested on Friday that Europe’s unified unit and other currencies could be likely to experience a period of inertia as the opposing risks associated with a more hawkish Federal Reserve (Fed) and the newest edition of the coronavirus discourage risk taking.

The prospect of investors being further blindsided by adverse information relating to the new strain of coronavirus, particularly in relation to the effectiveness of existing vaccines, could keep investors reluctant to bet too heavily against the single currency in the short-term.

At the same time, renewed restrictions on business activity and social contact in Europe have created further headwinds for the economy just as the Federal Reserve is preparing to speed up the pace of its monetary policy normalisation.

These opposing factors could potentially keep the Euro-Dollar rate locked into a relatively narrow and consolidative range in the weeks ahead.

“EUR has been one of the worst performing G10 currencies in Q4, and while we have been arguing for a lower EUR-USD for a number of months, the speed of the move has surprised even us,” says Dominic Bunning, European head of FX research at HSBC.

“Our analysis is consistent with the idea that EUR weakness is cyclical, not structural, in nature. Signs of elevated positioning and the ECB turning less dovish may limit some of the downside potential, even if the EUR does not look cheap yet,” Bunning wrote in a Friday research note.

While pandemic related threats to economic recoveries and global market sentiment could stave off further losses for the single currency in the short-term, the risks to the Euro remain on the downside in the medium-term due to longer-lived and more familiar factors.

Most notably, the European Central Bank (ECB) remains a long way behind the Fed on the path toward monetary policy normalisation owing to differences between the Eurozone and U.S. economies, and most notably those around inflation.

“The Euro area is definitely different from the United States in many respects,” ECB President Christine Lagarde told a Reuters conference on Friday.

“Probably the most important difference is the amount of fiscal support that has been expended for the U.S. economy in the last 18 months,” Lagarde also said. 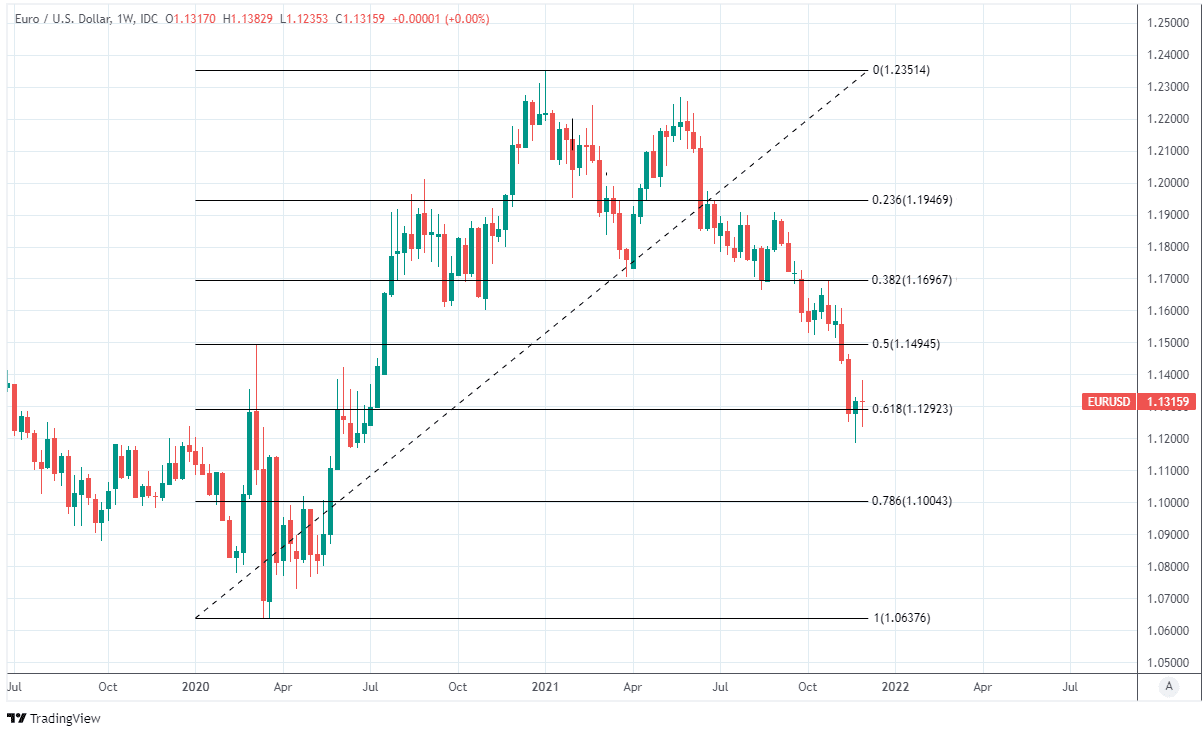 Most importantly for the Euro-Dollar outlook President Lagarde told Reuters on Friday that inflation may already have peaked in Europe back in November and that the ECB remains confident it will decline of its own accord once into 2022.

If President Lagarde was correct this would support the view that interest rates are very unlikely to rise in the Eurozone next year, which could have bearish medium-term implications for the Euro-Dollar rate in light of the Fed’s policy shift.

U.S. policymakers have warned increasingly in recent weeks that they could wind down the Fed’s quantitative easing programme at a faster pace than that provided for in November’s monetary policy decision, which would manoeuvre the bank into a position where interest rates could also be lifted much sooner than the bank had guided for as recently as last month.

This is after U.S. inflation topped six percent in October, the highest since 1990, when many policymakers had been looking for it to begin levelling off.

“If it turns out omicron is not as great a risk as feared this leaves Powell’s and his colleagues' hawkish comments as the basis for dollar strength while suggestions by some ECB board members that perhaps it might make more sense to leave the decision on PEPP&Co. until next year would then put pressure on the euro again,” says Antje Praefcke, an analyst at Commerzbank.

“If the concerns are justified though the Fed rate expectations and the dollar will fall and the euro will appreciate,” she adds.