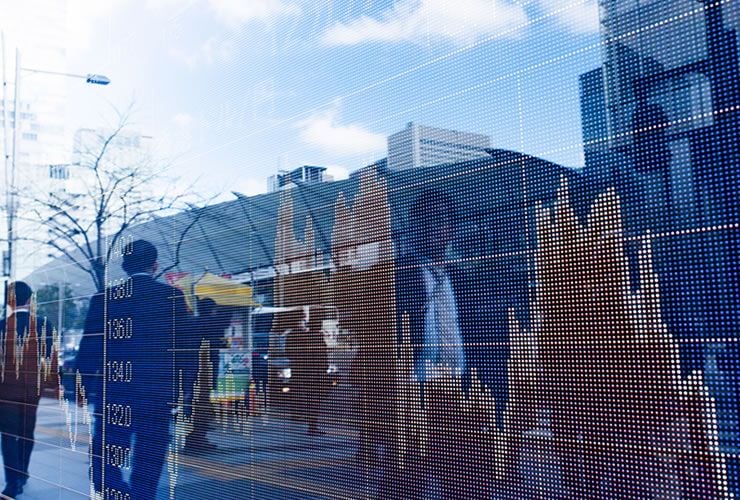 The Euro is seen consolidating on global foreign exchange markets ahead of a key policy updated from the European Central Bank.

The outcome of the ECB’s policy meeting and press conference on Thursday, September 6 should ultimately set the tone for the next few weeks and analysts at America’s largest bank tell clients this week they shouldn’t be surprised were the Euro to continue increasing in value.

Indeed, official exchange rate forecasts from J.P. Morgan show the Euro will end the year higher than its current levels against both Pound Sterling and the US Dollar.

“To be clear, we don’t expect the ECB to deliver an effective protest against Euro appreciation... the Euro is appreciating for the right reasons and so while any attempt to talk down the currency would doubtless be effective in the short run it is highly questionable whether this would abort the longer-term EUR uptrend,” says Daniel Hui, a foreign exchange strategist at J.P. Morgan.

Hui’s message comes hours ahead of a European Central Bank meeting that will be crucial for the trajectory of the Pound-to-Euro exchange rates - at least in the short term.

After gaining more than 13% on the greenback and 8% against the Pound during the year to date, there has been a unanimous warning from economists and strategists in recent weeks suggesting that the ECB might use Thursday’s  press conference to talk the Euro further back from its recent peaks.

“Heading into the major milestone of next week’s ECB meeting... Euro has already broadly and materially appreciated 3.5% on a NEER basis and 6.7 % vs the USD since Draghi first hinted at a coming tapering on 27 June,” Hui writes.

And while the European Central Bank might want a weaker Euro, the Bank of England could benefit from a stronger Pound as a stronger currency would help put a lid on inflationary pressures that have been building in the UK over recent months.

“We believe that some caution by the ECB this week over an over-exuberant EUR - coupled with greater BoE concerns over GBP-induced inflation next week - could provide a de-facto cap on EUR/GBP upside around the 0.92-0.93 area,” says Viraj Patel, a foreign exchange strategist at ING.

“A further risk for the currency would stem from a lack of comment on the recent EUR strength, suggesting that the ECB is willing to look through further appreciation,” say Barclays in a foreign exchange briefing.

Overall, Barclays are biased to a recovery in Sterling from current levels against the Euro saying, “given the stretched valuation in EURGBP, reflecting the EUR strength of the last months, the risks from here look asymmetric to the downside, in accordance with our forecasts.”

The ECB might single out the Euro for special mention in its official post-meeting statement and during the press conference that follows the meeting.

Such “jawboning” is widely expected to be inefficient owing to the fundamental underpinnings to the Euro’s rally.

Therefore, meaningful changes to policy at the ECB - that will impact money supply and economic momentum - is where the Euro will be most responsive.

“We do not expect policy changes in the ECB meeting this week. The future of QE will have to wait for the October meeting,” says Gilles Moec, an economist at Bank of America Merrill Lynch, in a Tuesday note.

We believe that this could be negative for the Euro as many are pinning hopes on the call to come at the September meeting.

"What impact will the Euro have on Thursday’s inflation projection? The 2019 forecast will likely drop to 1.5% or even 1.4%, down from an already low 1.6% back in June," says Beat Siegenthaler, a Global Macro Advisor with UBS in Switzerland.

Siegenthaler believes the ECB will delay an announcement on ending quantitative easing until October, specifically to try and put a lid on the Euro.

However, like others, the UBS analyst believes the Euro's rally has concrete fundamental foundations and will be hard to contain longer-term, "with positioning in European assets still catching up with much-improved investor sentiment."

J.P. Morgan FX strategists see the ECB beginning a more formal discussion around tapering this week, in preparation for action in October.

“The September 7 meeting will see the start of this debate and updated staff forecasts will be a crucial input. The cut-off date for all technical assumptions has now passed and the only real change is a 4.5% appreciation of the trade-weighted currency,” says Hui.

The absence of noteworthy downside from current levels for the Pound-to-Euro exchange rate, going by JPMorgan's forecasts, is both a symptom of the currency pair having overshot its fundamental value as well as the inflationary impact that a further sharp fall in the rate would have on the UK.

With headline UK inflation already running above 2.5%, and forecast by some to reach 2.9% before the year is out, a further sharp fall in the exchange rate might eventually right itself given that it would automatically put the subject of a Bank of England rate hike back on the table.

This would support a heavily-sold Pound Sterling.

J.P. Morgan’s year-end target for the Pound-to-Euro exchange rate is seen at 1.0810 which is a negligible fall over the coming months from current levels around 1.0890.

But the message is that the Euro risks overshooting these targets; particularly if the ECB is unable to stop the momentum behind the single-currency. Therefore, the broad uptrend in the Euro is at risk of extending longer-term and putting these forecast targets in jeopardy.

Hui and the foreign exchange team at J.P. Morgan raised their year-end forecast for the Euro-to-US Dollar currency pair in late August, based on the assumptions that tapering will begin in October and that the ECB will be largely ineffective at containing the Euro.