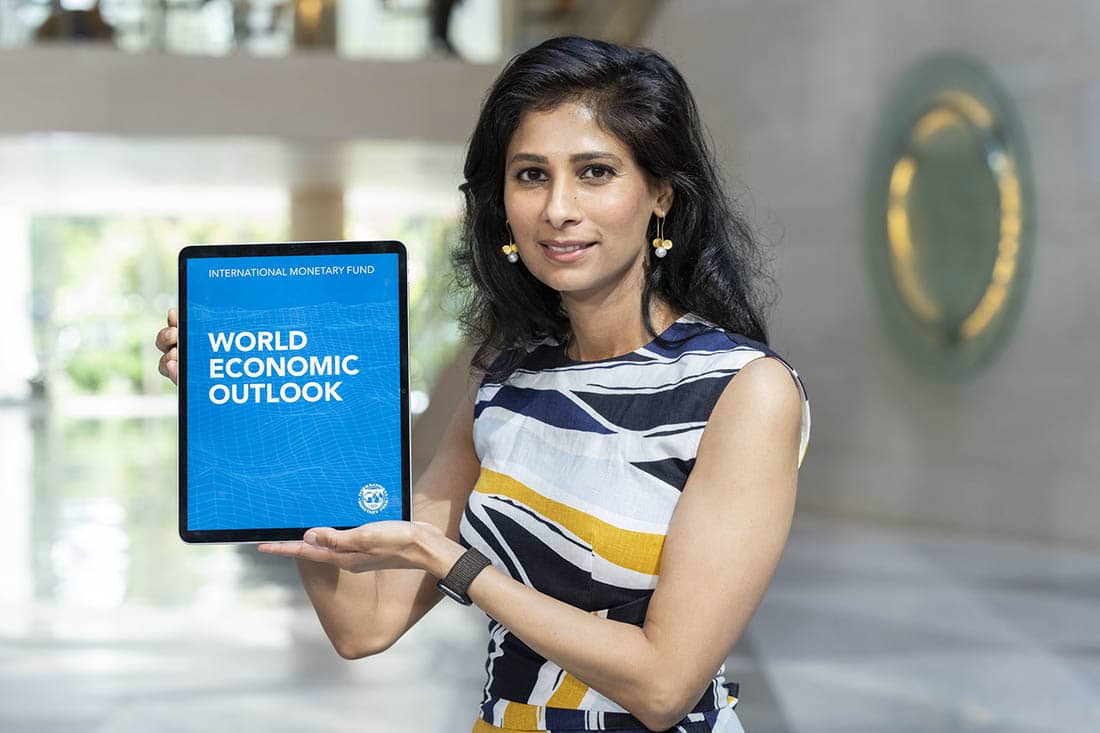 Analysts say the British Pound could see further gains against the Euro as investors buy into an economic recovery story that means the UK is set to grow faster than its Eurozone rivals in 2021.

GBP/EUR was probing its highest levels since April as the UK moves into the tail-end of a Covid-19 crisis that began in February 2020, just as some major Eurozone countries and the U.S. see cases start to rise as the Delta variant continues its global spread.

Investors say the development could allow the Bank of England to raise interest rates ahead of the U.S. Federal Reserve and European Central Bank, creating a divergence in central bank policy that is favourable of appreciation in Sterling.

"Constructive news on the pandemic, if sustained, could allow the Bank of England, which meets next week, to drop pound-positive hawkish hints on the outlook for monetary policy," says Joe Manimbo, Senior Market Analyst at Western Union.

The Pound is currently registering as this week's top performing major currency at the time of writing, with prominent gains being recorded against the commodity dollars in particular: 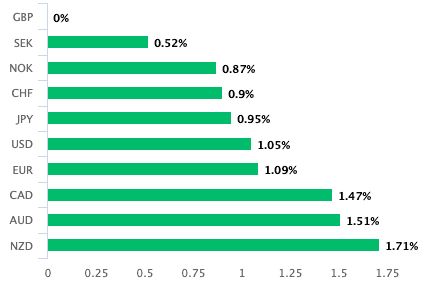 Above: GBP outperforms its peers over the course of the past week.

A high penetration of vaccines, falling Covid cases and the elimination of restrictions means the UK economy is set to grow strongly into year-end, leading the IMF to hike their forecasts for the economy in their latest quarterly assessment.

The IMF upgraded economic growth forecasts for the UK to 7.0% meaning the country will join the U.S. in having the fastest growth of the G7 group of leading rich countries. 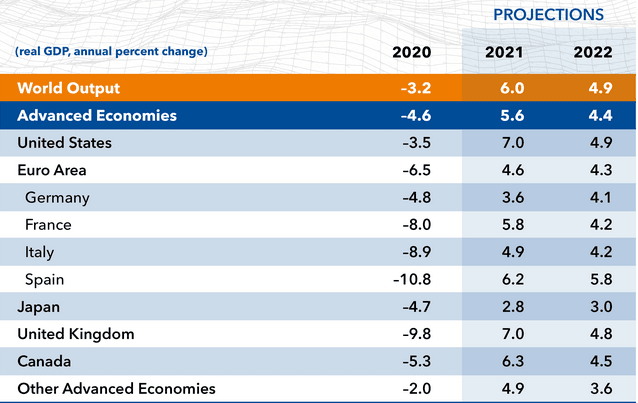 Relative economic performance is a key exchange rate determinant and strategists at investment bank Credit Suisse say the market is now thinking more "coldly and deliberately about who the relative FX winners and losers are likely to be when it comes to the Delta variant".

"GBP has been one of our favourites given our view that it sold off too much early last week, and we now extend our target for our short EURGBP trade to 0.8450," says Shahab Jalinoos, Global Head of FX Strategy at Credit Suisse.

The call comes as the Pound-to-Euro exchange rate (GBP/EUR) continues to claw back to highs last seen in April: at the time of writing the pair is quoted near April 06 highs at 1.1764; the 2021 best is located at 1.18 and a break of here could inevitably trigger chatter in the FX analyst community of a test of the big round figure of 1.20.

"Sterling might add to its recent gains, with scope for GBP/EUR to rise to 1.20 for the first time since February 2020, if reported comments from a senior UK minister prove accurate," says Robert Howard, a Reuters market analyst at Thomson Reuters.

"The week-long downtrend in new UK COVID-19 cases helped inflate GBP/EUR to a 16-week high of 1.1765 on Wednesday, a day after fix-related buying of the pound," adds Howard. 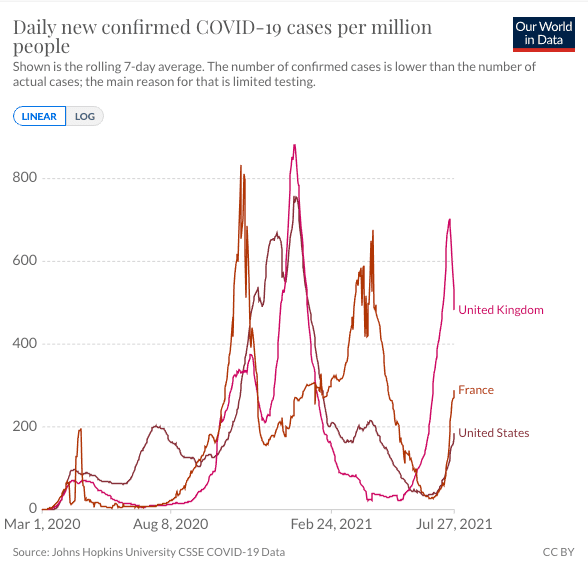 After peaking at just under 500 new infections per 100K population on 22 July, the UK sees new infections continue to fall with the 7-day average rate of infections now below 400 per 100K.

Jeremy Stretch, Head of G10 FX Strategy at CIBC Capital Markets says the bounce in the value of the British Pound "coincides with the rolling over in daily Covid cases, the UK has now registered a seventh straight fall in daily cases."

"The retreat could imply that the virus is showing signs of burnout and that elevated individual anti-bodies (herd immunity) and high levels of adult vaccination could prove a template for a broader recovery narrative," he adds.

The Bank of England's August 05 policy meeting will therefore take place in an environment of easing concerns regarding the third wave of Covid 19 which could deny policy makers a useful crutch to justify the continuation of ultra-accommodative policy settings.

A number of Bank policy setters have this month let it be known that with inflation set to surpass 3.0% raising interest rates must now be considered with more vigour.

Should the Bank hint at higher rates in coming months the Pound would likely benefit.

A number of Bank of England policy setters have however expressed caution about tightening policy settings too soon, instead wanting to see solid signs the economy is running out of excess capacity.

Jonathan Haskel, External Member of the Bank's Monetary Policy Committee (MPC) said in a recent speech that the Delta variant of Covid-19 combined with the ending of government support schemes means the Bank must remain risk averse and keep its generous settings in place.

The risk for those betting on a stronger Pound is that Haskel is not in the minority and the August policy update reveals the Bank to favour a 'lower for longer' interest rate regime.

"An abatement of the pandemic speaks for positive real economic impulses, which should also support the pound. However, the Bank of England's rather dovish stance should put a stop to further significant GBP gains for the time being," says Esther Reichelt, FX and EM Analyst at Commerzbank.