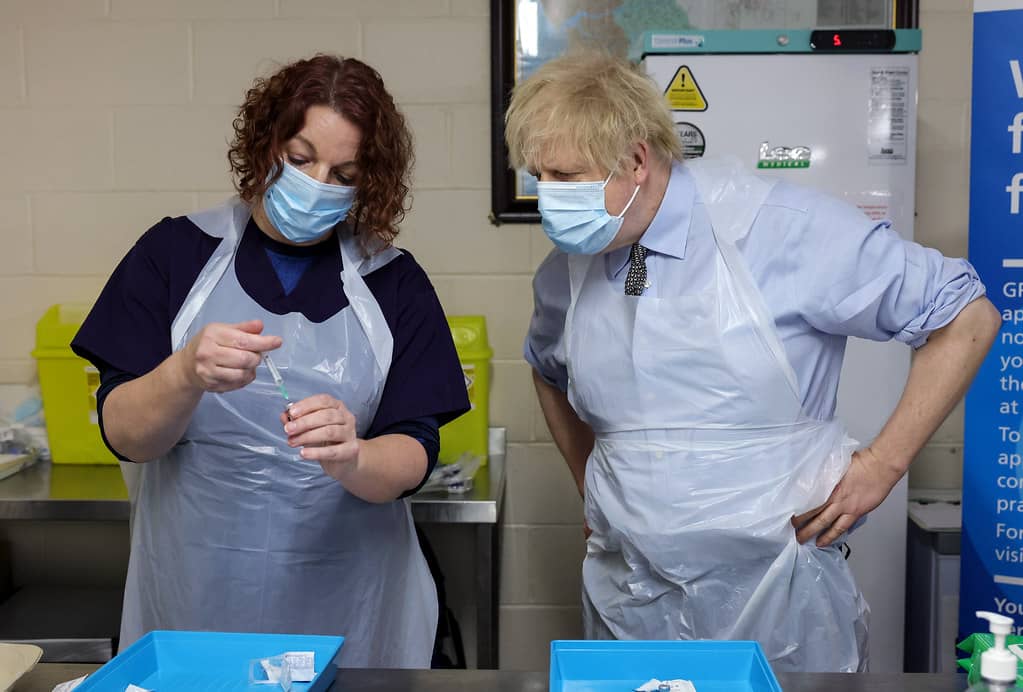 The British Pound has risen to its highest levels since May 2020 against the Euro on Tuesday with GBP/EUR reaching 1.1363.

The EUR/GBP exchange rate is therefore down at 0.8800.

The divergence in the pace of vaccine rollouts between the UK and EU is said by analysts to be one source of outperformance for the British Pound against the Euro, and this could continue according to strategists at a leading investment bank.

TD Securities tell clients they are this week backing the Pound against the Euro on a strategic short-term basis, saying they look for the UK to advance as the markets pay attention to vaccine deployment and look forward to the end of the medical crisis.

"The UK continues to outperform on its vaccine rollout," says Ned Rumpeltin, European Head of FX Strategy at TD Securities. "We may also be seeing some optimism there after the EU was forced to back down from some export restrictions over the weekend amid ongoing problems with distribution in the region." 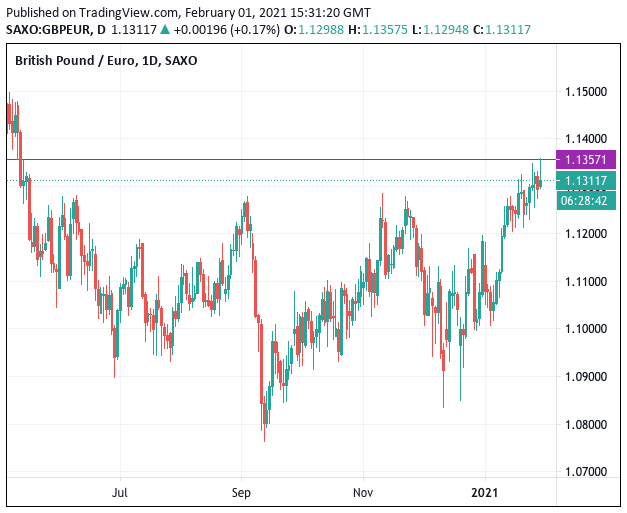 Above: The Pound hit a new 8-month high against the Euro on February 01.

The EU on Friday announced that all vaccines due for export from the bloc to countries including the UK, Canada, the U.S., Japan, Australia and New Zealand would have to secure approval from authorities, and exports could be barred if the EU deemed orders for EU states were not being fulfilled.

Extraordinarily, the EU then triggered Article 16 of the Northern Ireland protocol, and in doing so effectively created a border on the island of Ireland. The move created nothing short of a diplomatic crisis for the EU given the sensitivities surrounding the Irish border, but high-level discussions ultimately soon soothed the situation.

In the wake of the developments UK ministers say they are confident existing vaccine delivery schedules will be maintained, allowing the UK to maintain a rapid vaccine deployment.

"We think this theme could get more traction this week, as investors continue to give Sterling the benefit of the doubt as the UK leads the vaccine race," says Rumpletin. 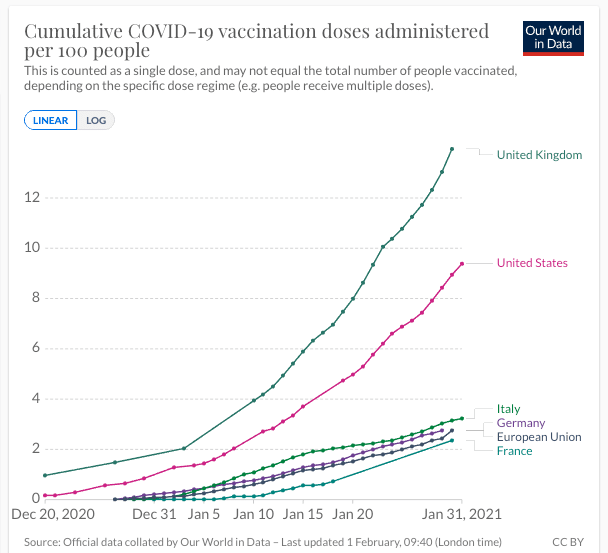 "We are cautious on the GBP over a strategic basis, but the same can easily be said for the EUR, where we are currently short against the USD in our Model Portfolio," adds Rumpletin.

As a result, TD Securities are entering a short EUR/GBP position as a Trade of the Week, with a view of targeting a decline to 0.8620.

From a Pound-to-Euro exchange rate perspective, this equates to a rise to a target of 1.1600.

Strategists at Citi tell their clients this week that they continue to see short-term moves in Sterling as being well supported by bouts of risk-on, vaccine rollout optimism and value rotation over time, in light of last week’s month end noise.

"GBP remains resilient," says Kurran Tailor an analyst at Citi. "Our view remains neutral on GBP for now, with preference for risk-on elsewhere."

The UK vaccinated an additional 598,389 people with their first doses in the 24 hours into Sunday, the biggest rate of inoculations to date.

"On the vaccination-front, the UK is ramping up their process to such a degree that close to 1% of the population was inoculated on Saturday alone," says Joshua Mahony, Senior Market Analyst at IG. 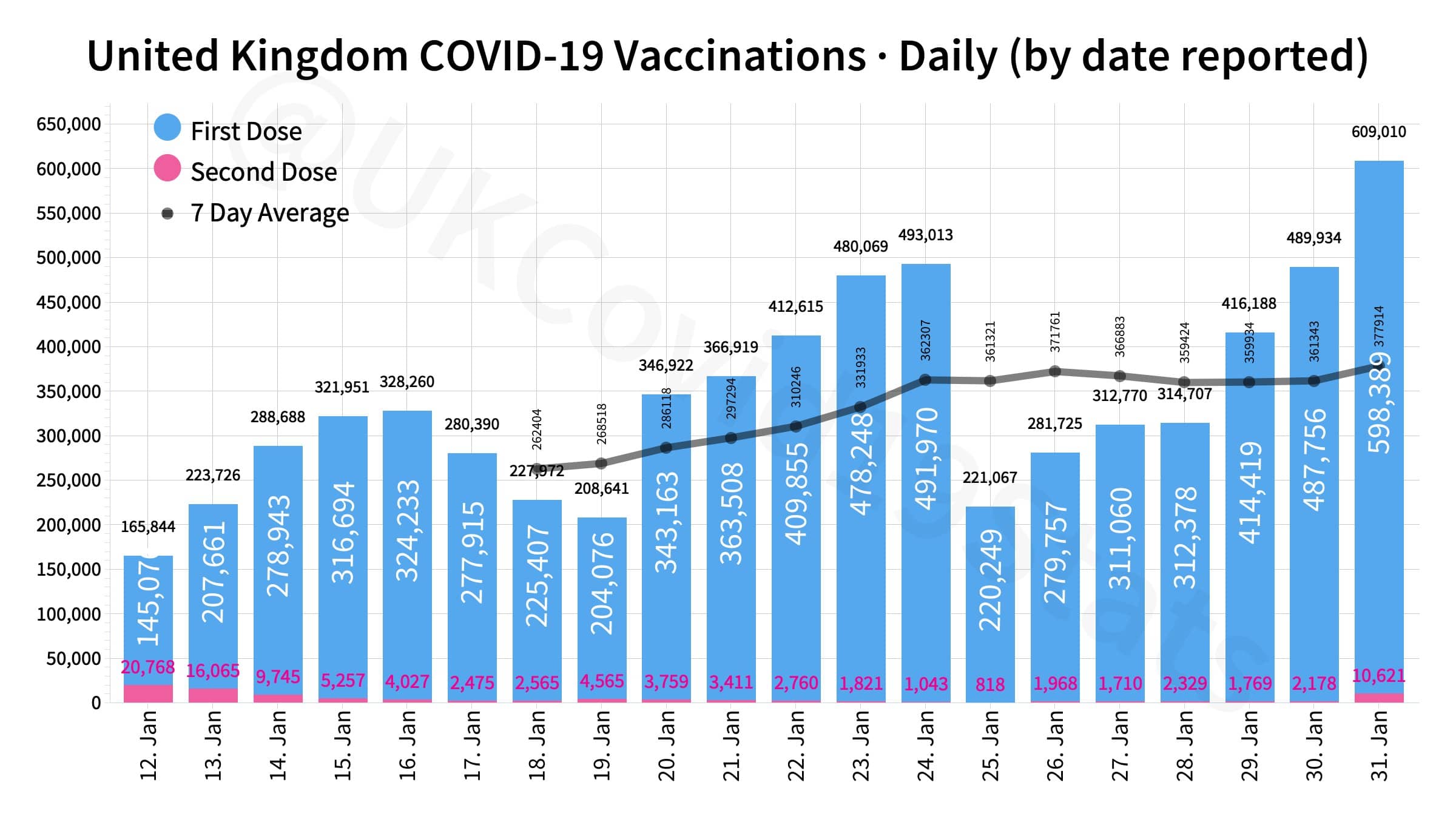 "Sterling has started the week on the front foot, supported by optimism about the UK’s vaccination rollout, with the EU’s assurances that supplies from the continent will not be affected, as well as the broader positive risk tone. The pound has risen close to $1.3750 and €1.1350," says Hann-Ju Ho, Economist at Lloyds Bank.

UK ministers are targeting 15 million first dose vaccinations by the middle of February in an effort to target the most clinically vulnerable with at least some level of resistance to the covid-19 virus.

It is hoped that this, combined with the current lockdown, will allow for the country to start lifting restrictions on a sustainable basis.

The economic outperformance that such a move allows could in turn benefit the UK currency and trigger outperformance against a number of its peers in the first half of 2020.

"We generally remain supportive of the stronger Sterling view given the impressive vaccine roll out the UK has implemented. Of course short-term virus worries remain a headwind, particularly as UK lockdowns look set to stay for a significant amount of time," says a note from the spot trading desk at JP Morgan in London.

Despite the UK's high vaccination rate the return to normal is still some way off, given ongoing fears that mutated versions of the covid-19-causing virus could blunt the efficacy of the existing school of vaccines.

The UK variant has been a cause of concern for health professionals, but scientists are in agreement that a new strain first identified in South Africa is more of a threat as studies have shown vaccines to be less effective in recognising the variant's spike protein.

Manufacturers of the current vaccinations in deployment stress their candidates are still able to target the South African variant, even if efficacy is lower.

The UK government announced at the start of the week 80K people to be tested for South African Covid variant and public health officials are to go from door to door as part of a 'surge testing' strategy designed to stamp out transmission of the strain.

It was identified that a number of cases with the variant had not travelled to South Africa, or knew someone directly who had, raising concerns of community transmission.

However, closed borders and heightened caution will mean the UK economy remains locked down for the forseeable future, anchoring any exuberance in Sterling exchange rates.