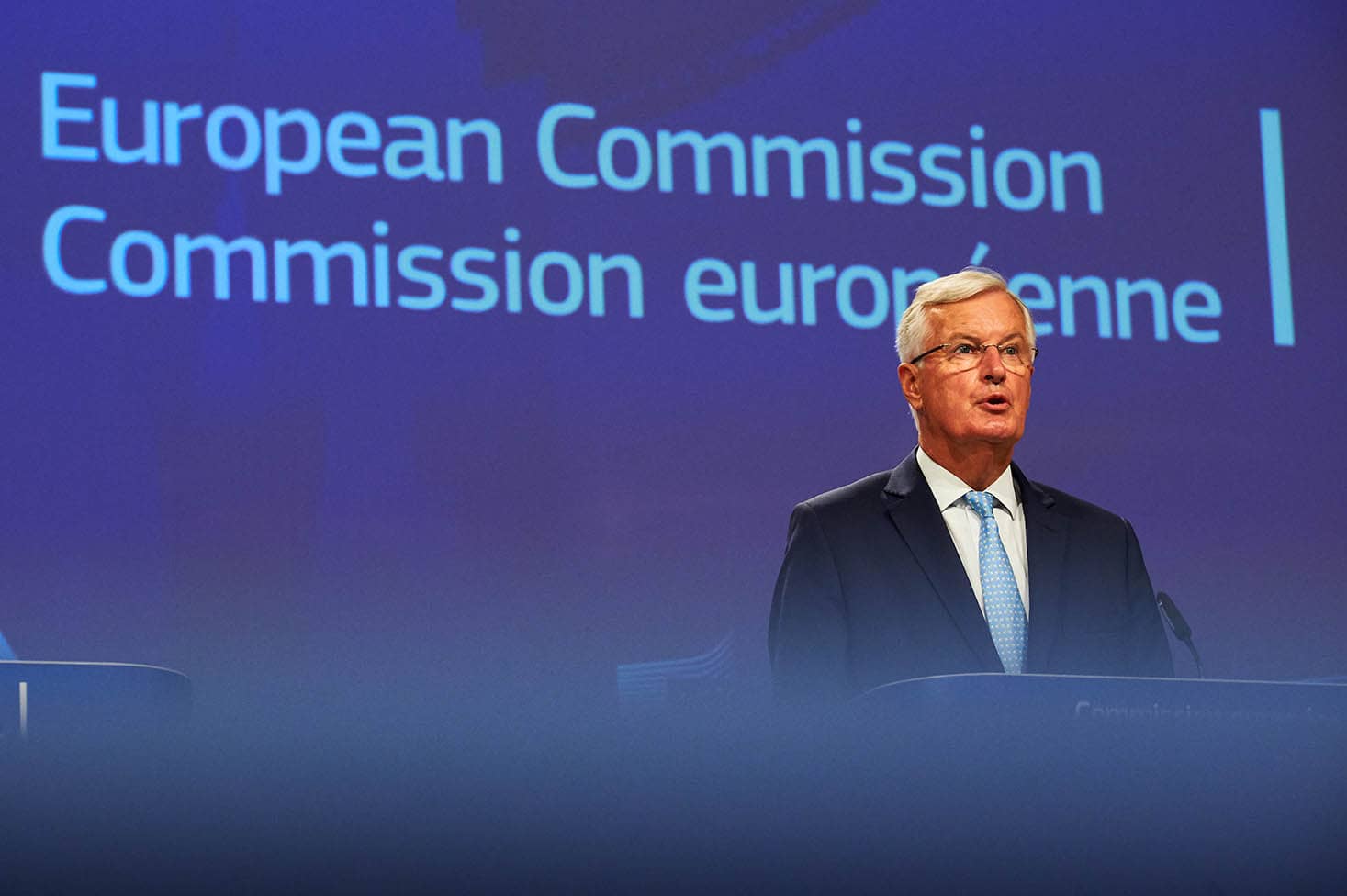 The Pound's outperformance suggested there was something specific to the UK underlining the move and most market commentators attributed this to the Treasury announcing a new job support scheme.

"We doubt that the new Job Support Scheme, announced by the Chancellor yesterday, will hold back the tide of redundancies over the coming months. The scheme effectively is a tax on employers seeking to reduce workers' hours. It will help to concentrate employment, not maintain aggregate headcounts," is the verdict of Samuel Tombs, Senior UK Economist at Pantheon Macroeconomics.

Flying under the radar was a MNI newswire reports that the EU was "open to a 'thin' Brexit deal" despite their concerns with the UK persisting with passing the Internal Markets Bill.

The Pound-to-Euro exchange rate was 0.4% higher at one point on Thursday, with no signs of broader Euro weakness to explain the move, suggesting a potential Brexit-related move was afoot.

A hedge fund currency trader Pound Sterling Live follows cited reports released by Joe Barnes, Brussels Correspondent for The Express as being the source of the MNI flash.

Indeed, Barnes had broken an exclusive on Twitter detailing ongoing progress in Brexit trade negotiations, although there are also rising concerns over the lack of time remaining for the two sides to finalise a legal text.

"Ahead of the ninth formal round of Brexit trade talks in Brussels, there is a sense of cautious optimism a deal can still be found. Michel Barnier, while saying the UK's Internal Market Bill is 'unhelpful', has claimed the legislation created an 'opening', a source says.

"Even after a few turbulent weeks, technical-level negotiations are said to be progressing well. Barnier earlier this week briefed EU27 ministers, saying there is now a 'much more open atmosphere at the negotiating table', another source says."

The Pound was seen rising ahead of all its main rivals following the reports: 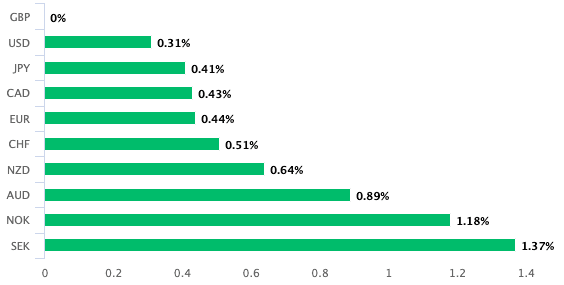 Above: GBP outperformance on Thursday, Sept. 24.

"The negotiation vibe seems a bit more cordial and I think Boris must be motivated to get something signed. For now I am trying to stay very flexible with a slight bias to buy GBP dips," says Jonathan Pierce, a spot desk trader at Credit Suisse.

The Pound-to-Euro exchange rate has however faded back somewhat into the weekend as the reports lack that official stamp to really make gains stick. Nevertheless, on current performance GBP/EUR is up a quarter of a percent on the week at 1.0936. If you would like to lock in current rates for future use in order to protect your international payments budget, or automatically book an ideal rate when it is reached, please learn more here.

The Pound-to-Dollar exchange rate is meanwhile nursing a one percent loss given the ongoing U.S. Dollar rally that means the Greenback is looking set to be the best performing major currency of the past week, and past month, thanks to a sharp deterioration in global investor sentiment.

The improved mood music has since been confirmed by James Forsyth in today's edition of The Times:

"There is cautious but growing optimism in Whitehall that there will be a Brexit deal. At the beginning of this month the mood was grim. There was a feeling that the talks weren’t getting anywhere. This frustration contributed to the Internal Market Bill’s rash commitment to disapply parts of the withdrawal agreement. But there is now a more positive attitude, a sense that things are moving and that a deal is coming into view."

Forsyth has a strong record for accuracy on behind-the-scenes Brexit developments, adding "a Brexit deal is within touching distance".

The Barnes report also confirmed news out earlier this week that the EU was making progress to adding the UK to its third country food supplier list, thereby ensuring the continuation of trade within the UK and defusing tensions over the Northern Ireland protocol in the Withdrawal Agreement struck between the two sides in 2019.

"As a result, the public rhetoric from both sides has been dialled down. After talks in Brussels last week, the UK acknowledged there was no threat of a food blockade. The EU has softened its words when it comes to legal action for breaches of the Withdrawal Agreement," said Barnes.

We reported on Thursday that Michael Gove, the UK's representative on the joint EU-UK Brexit steering group - had confirmed to a Parliamentary select committee that the EU has shifted on the matter and was making progress towards placing the UK on its third country list owing to pressure from Prime Minister Boris Johnson.

"Barnier has privately said he is 'realistic' a deal can be achieved," said Barnes, adding a source confirmed to him: "An agreement remains possible in line with the EU's interests and the UK's three red lines.' Others say 'landing zones' for potential comprises have been identified."

However it is confirmed there remain concerns over the familiar sticking point of 'level playing field' provisions concerning state aid although an agreement on fisheries "is expected to fall into place eventually".

Another concern is the clock is truly ticking down on the time left to adequately strike a final deal and then codify it into legal text.

"Talks will likely slip into the first two or three days of November – beyond the deadlines set by both sides. EU leaders had hoped a draft legal text would have been ready for the EU Council summit on Oct 15 but now just expect a 'deal in principle'," said Barnes. "Converting a political agreement into a legal text is a lengthy process, and some here say that's a genuine concern – It's not as simple as handing a few pages out to each negotiator, lots of cross referencing is needed.

"But that could all change if there is no genuine progress made in the talks next week. This would mostly likely see work on no deal preparations and the dispute over the Internal Market Bill accelerated," adds Barnes.