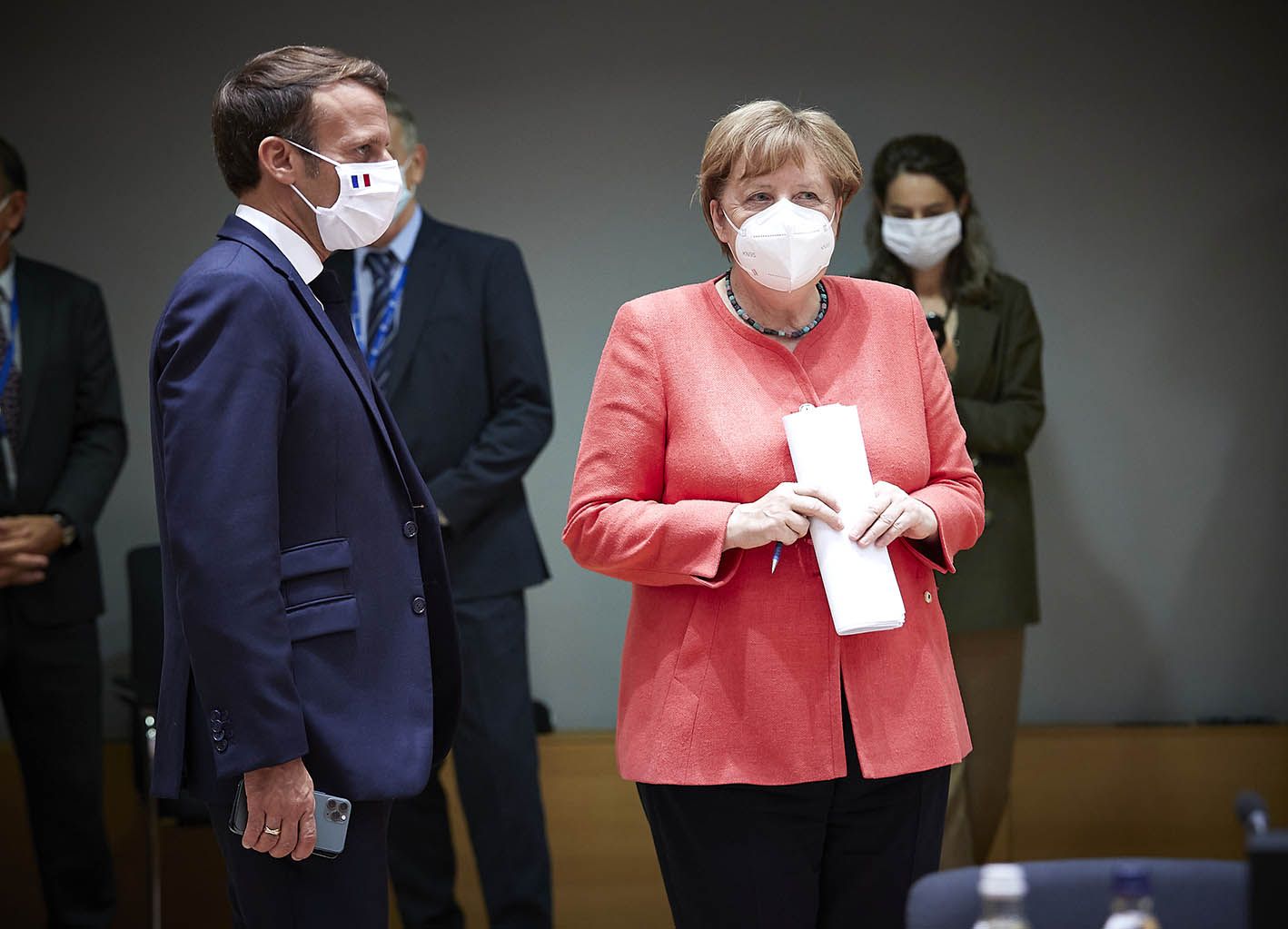 The Euro exchange rate complex was broadly lower on Tuesday, a counterintuitive reaction to news EU leaders have agreed a new €1.8TN spending agreement, that includes a €750BN coronavirus rescue package which will largely be funded by the issuance of EU bonds.

Of the €750bn recovery fund, €390BN will be paid as grants and €360BN as loans: France and Germany had been pushing for €500BN in grants to be made but some pushback from the 'frugal five' of Denmark, Netherlands, Austria, Sweden and Finland meant this amount was ultimately reduced.

This actually looks to be something of a relatively small compromise to the 'frugal five' who appear to have ultimately caved and we would have expected markets to have shown real disappointment if the fund's total was cut or the value of grants slashed significantly.

"This is a key moment for the EU as the money will be raised by the European Commission through the capital markets and is a first step towards debt mutualisation," says Richard Perry, analyst at Hantec Markets. "Markets are reacting positively."

While sceptics might argue this is another example of where Germany leads, the rest will follow, the deal nevertheless shows a newfound sense of purpose amongst the EU's 27 member states and the issuance of EU bonds marks a significant step towards EU fiscal unity, which analysts say is the key development from a currency perspective.

"With the biggest-ever effort of cross-border solidarity, the EU is sending a strong signal of internal cohesion. Near-term, the confidence effect can matter even more than the money itself," says Holger Schmieding, an economist at Berenberg Bank. "The EU and the Eurozone are not en route towards fiscal union. But they are taking a significant step towards stronger fiscal co-ordination when it matters. The deal sets a precedent. The EU issues debt in a crisis. Expect some common fiscal response to play a greater role in future crises as well."

The Euro had been rising over recent weeks as markets welcomed the EU Commission's rescue fund proposal, but following news of the deal's ultimately passing the single-currency has fallen back.

The Euro-to-Dollar exchange rate is at 1.1442 at the time of writing, the Euro-to-Pound rate at 0.9029 and the apparent profit-taking leaves the currency down against all its G10 rivals: 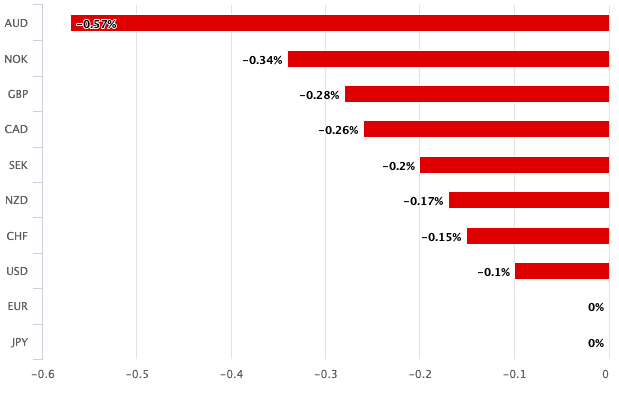 The Euro's underperformance might strike some as being surprising, but it appears the market had already digested the final outcome and engaged in a classic "buy the rumour, sell the fact" manoeuvre.

"They knew they had to deliver, and they delivered. After a nearly record-breaking meeting, EU leaders agreed this morning on a EU recovery fund. But while they celebrate the "historic" agreement, the euro declines," notes Esther Reichelt, FX & EM Analyst at Commerzbank. "The move does not necessarily imply that the FX market does not consider the compromise to be sufficient."

Reichelt notes the market-relevant bit of the deal - the total amount (EUR 750 billion) and the split between grants (EUR 390 billion) and loans - had already been announced on Monday.

"The final agreement did not include any EUR-positive surprises," says Reichelt.

Another important point to note is that the additional agreement of an EU budget of €1.074TN for the 2021-2027 period means that ultimately the hole left by Britain's departure from the EU has been plugged.

The likelihood of a more stable EU over coming years has therefore increased, and for the Euro this suggests the scope for appreciation has also grown.

"The emerging compromise is positive for the euro. We remain Bullish," says David Kohl Chief Currency Economist at Swiss private bank Julius Baer who have upgraded their Euro forecasts in light of the developments.

"The detailed outcome of the negotiation marathon is less important for our bullish view of the euro than the mere fact that the room for fiscal support has increased and that EU cohesion has been strengthened by the willingness to compromise," adds Kohl.

Kohl says fiscal policy support for the economy is increasingly relieving pressure from monetary policy to intensify its controversial measures, such as negative interest rates, which are a headwind for a currency.

They raise their EUR/GBP forecast slightly higher to 0.94 in three months and 0.92 in 12 months.

Pound-Euro Week Ahead Forecast: Consolidating Below 1.13 after Recovery Rally Scuppered

The Pound-to-Euro exchange rate attempted to rally above an important resistance level on the charts last week but was scuppered by Euro strength and last minute weakness in Sterling, which may now have condemned the pair to a period of consolidation within a narrow range over the coming days.