Above: Watch the press conference live from 13:30 BST.

The Euro was bid higher following today’s meeting of the Governing Council of the European Central Bank (ECB), which saw the central bank boost its support package for the covid-19 pandemic by €600BN.

The ECB announced it would expand the size of its Pandemic Emergency Purchase Programme (PEPP) by €600 billion to a total of €1,350 billion, saying the move would support funding conditions in the real economy.

The Euro-to-Dollar exchange rate rallied to 1.1248 in the wake of the announcement, with the single-currency overturning the day's earlier losses suffered in the face of a broad-based bounce back by the Dollar.

"The European Central Bank added an extra €600 billion to their pandemic emergency purchase programme this afternoon, bringing the total to €1.35tn. European businesses will be delighted not just with the funding, but with the intent show by the ECB. A combination of medium-term economic stress, Brexit turmoil and the Covid-19 pandemic has dented European business confidence over the past few years, and the ECB are doing a good job in providing a safety net for innovation. The euro reacted well to the news, rallying against both the Pound and U.S. Dollar," said Sebastien Clements, currency analyst at OFX. 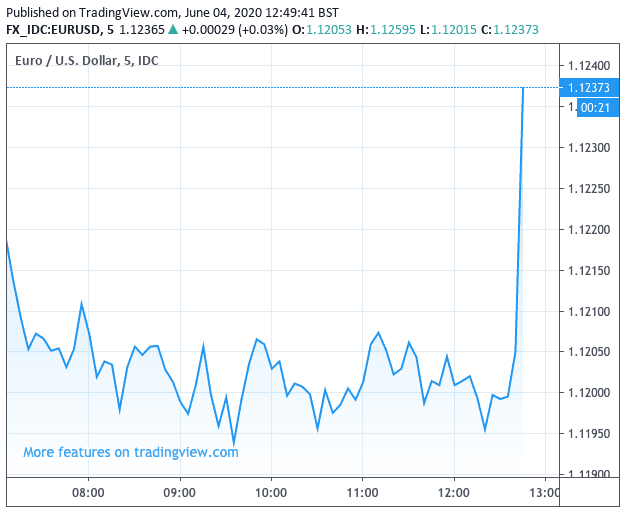 "The EUR continued to strengthen on the ECB news, as the risks regarding the future of the Euro area fell further. We see further upside ahead for EUR/USD," says Tuuli Koivu, Senior Analyst at Nordea Markets.

The Euro-to-Pound exchange rate rallied a quarter of a percent to 0.8956, dropping the Pound-to-Euro exchange rate to 1.1167, with the pair having been as high as 1.1195 earlier in the day.

"A number of our European based clients were able to benefit from the surge as they purchased pounds at a rate 0.5% cheaper than was available this morning. With supply side shortages still common and a lack of accurate forecasting available in the current climate, businesses seem more inclined to take advantage of spot market spikes than utilise long-term forward contracts to manage currency risk," says Clements. 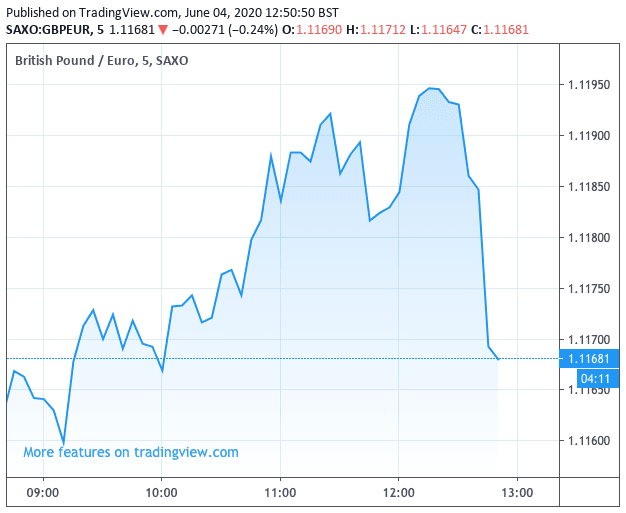 However, the ECB announced further measures including the extension of the horizon within which it would buy up financial assets under the PEPP programme, saying it would be extended to at least the end of June 2021.

"In any case, the Governing Council will conduct net asset purchases under the PEPP until it judges that the coronavirus crisis phase is over," said the ECB in a statement.

The ECB also signalled to market they would ensure support for an extended period by reinvesting and matured principal payments from the securities purchased under the PEPP until at least the end of 2022.

"Given that the medium-term outlook has worsened and there is probably now a wider consensus that the negative impact of the corona crisis will last long, it was not a surprise to see the programme run longer than originally decided," says Koivu.

No changes were made to the ECB's flagship quantitative easing programme (APP), which will continue at a monthly pace of €20BN, together with the purchases under the additional €120 billion temporary envelope until the end of the year.

The Governing Council continues to expect monthly net asset purchases under the APP to run for as long as necessary to reinforce the accommodative impact of its policy rates, and to end shortly before it starts raising the key ECB interest rates.

The interest rate on the main refinancing operations and the interest rates on the marginal lending facility and the deposit facility will remain unchanged at 0.00%, 0.25% and -0.50% respectively.

Speaking to the press, ECB President Christine Lagarde said that while the Eurozone economy has suffered an unprecedented setback due to the cover-19 crisis, there are tentative signs that the slump is bottoming out.

However, improvements are judged to be tepid and inflation will likely remain subdued for the foreseeable future. 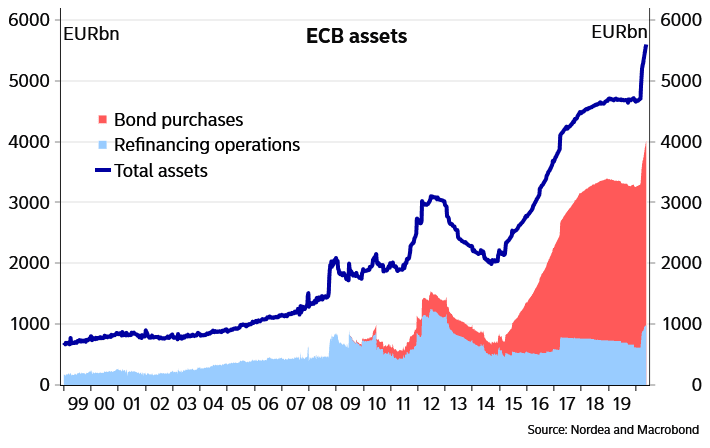 Lagarde justified the expansion of the PEPP package noting the prospect of softer-for-longer inflation and a labour market that was rapidly deteriorating, and that while some improvements would be seen from the third quarter onwards, the risks were pointed to the downside.