- EUR lower vs. Pound in wake of ECB event
- ECB introduces further easing measures to aid economy
- But not yet clear GBP/EUR can sustain levels above 1.15 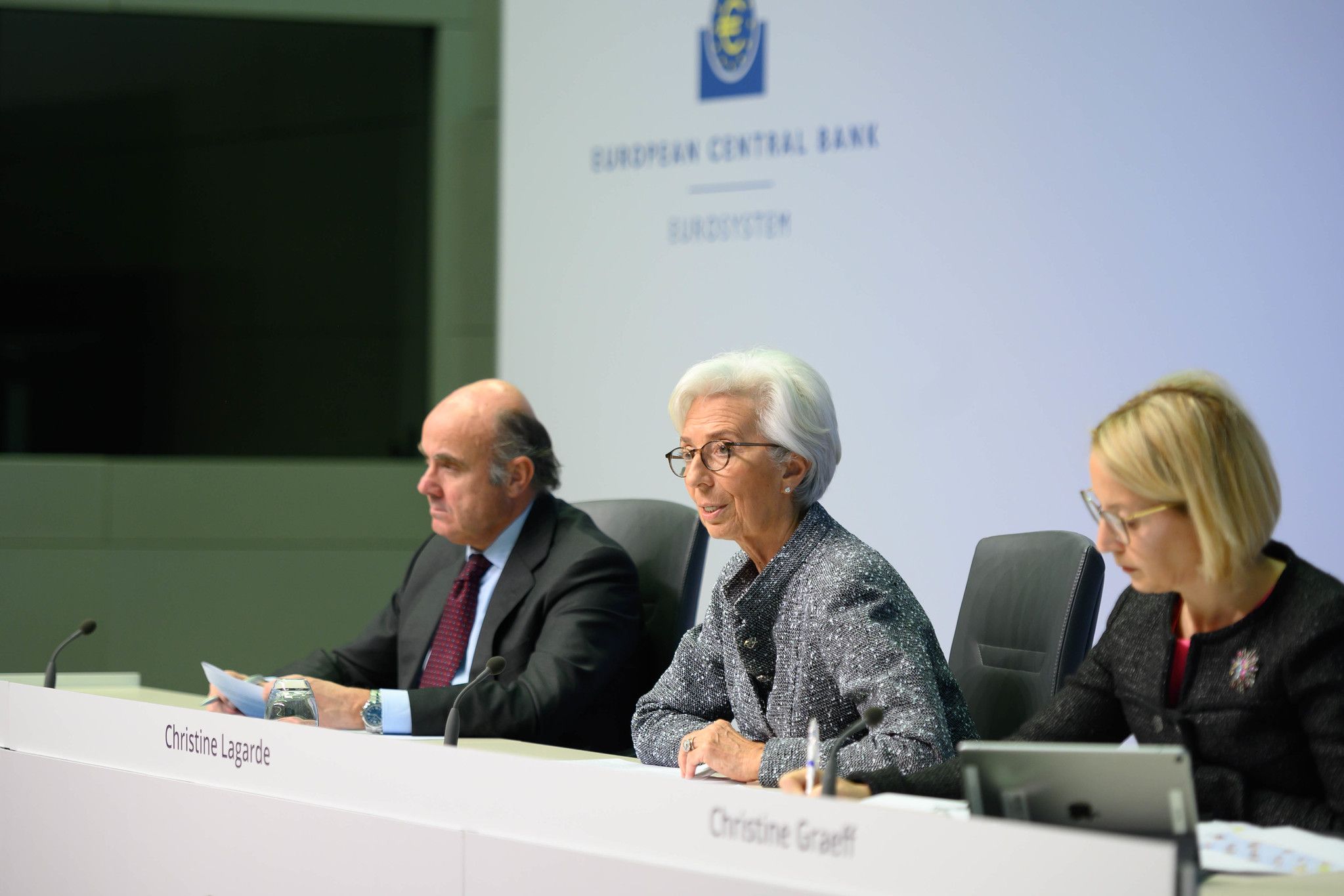 Pound Sterling rallied against the Euro ahead of month-end courtesy of a broad-based decline in the Eurozone's single currency following the April European Central Bank policy meeting, at which further easing measures were announced.

The ECB is said by analysts to have introduced further easing measures by stealth, in order to further underpin the Eurozone economy at a time of rapid contraction owing to the covid-19 economic crisis.

Typically, when a central bank eases monetary policy it implies an increase in supply of money into the economy which tends to devalue the currency it issues.

"The ECB kept both its asset purchase programmes and main policy rates unchanged, but decided to provide further easing through the backdoor in two ways," says Florian Hense, Economist at Berenberg Bank.

Hense says the first step taken was to lower its effective lending rate of its targeted long-term refinancing operations (TLTROs III) from 25bps to 50bps below the current deposit rate, that is from -0.75% to -1%.

The second was the announcement of a new facility, non-targeted pandemic emergency longer-term refinancing operations (PELTROs), consisting of seven additional operations starting in May with an interest rate 25bps below the main refinancing rate of 0%, that is -0.25%.

Following the decisions, the Euro exchange rate complex was seen going lower against some of its key counterparts, ensuring April will likely be a month where the single currency lost ground against all its rivals.

The Pound-to-Euro exchange rate reflected this weakness by going higher and moving above 1.15 again, while the Euro-to-dollar exchange rate faded back to 1.0874.

“The Pound broke two key psychological barriers this afternoon, after the European Central Bank’s meet and another dire dose of U.S. employment data meant the U.S. Dollar and Euro dropped against the Pound. The Pound topped out at 1.15 against the Euro, levels not seen since the beginning of March," says Sebastien Clements, currency analyst at international payments company OFX.

Sentiment to the Euro was already soft heading into the ECB event, following the first set of official data on the state of the Eurozone economy following the coronavirus lockdowns.

GDP for the EU in the first quarter fell 3.5% quarter on quarter and 2.7% year on year, making for the worst slump since comparative data began in 1995.

The incoming data suggests governments across the Eurozone and the ECB will likely have to deliver further measures to underpin the economy.

“Vast though the ECB’s stimulus package is, the Bank is anxious to be the last, rather than the first, line of defence – and it wants national governments to roll out further aid packages and financial solidarity measures," says Ulas Akincilar, Head of Trading at INFINOX. "Modest monetary tinkering in the face of Europe’s dire GDP data – which showed a 3.8% contraction across the Eurozone in Q1 alone – has left the markets decidedly underwhelmed and the Euro has been in freefall against the Pound."

While the Pound is certainly trading higher in the wake of the ECB announcement, a cursory look at the charts confirms the GBP/EUR exchange rate is yet to make a sizeable break higher that would free it from the shackles of its recent multi-day range: 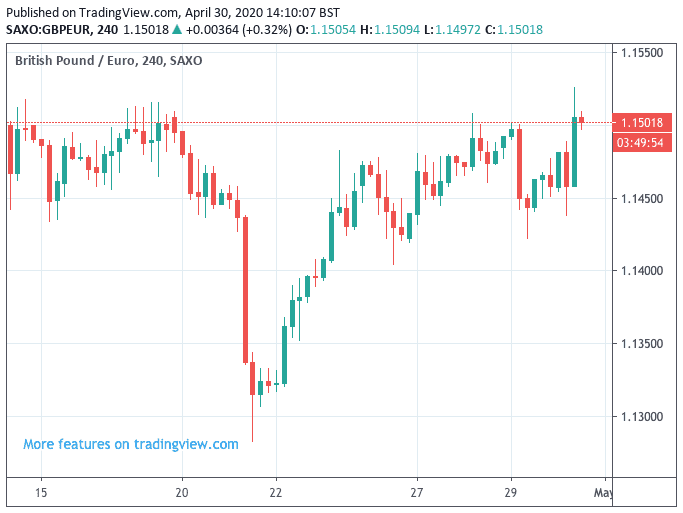 Moves above 1.15 have thus far failed to find any follow-through buying interest and we wonder just what it will take to break the impasse.

"This afternoon’s gains can be just as easily eroded, and traders won’t be jumping to the Pound for stability any time soon. As we know, the FX market is extremely fickle and every day we move away from the peak of the pandemic crisis, we move closer towards those gloomy looming Brexit negotiations," says Clements.