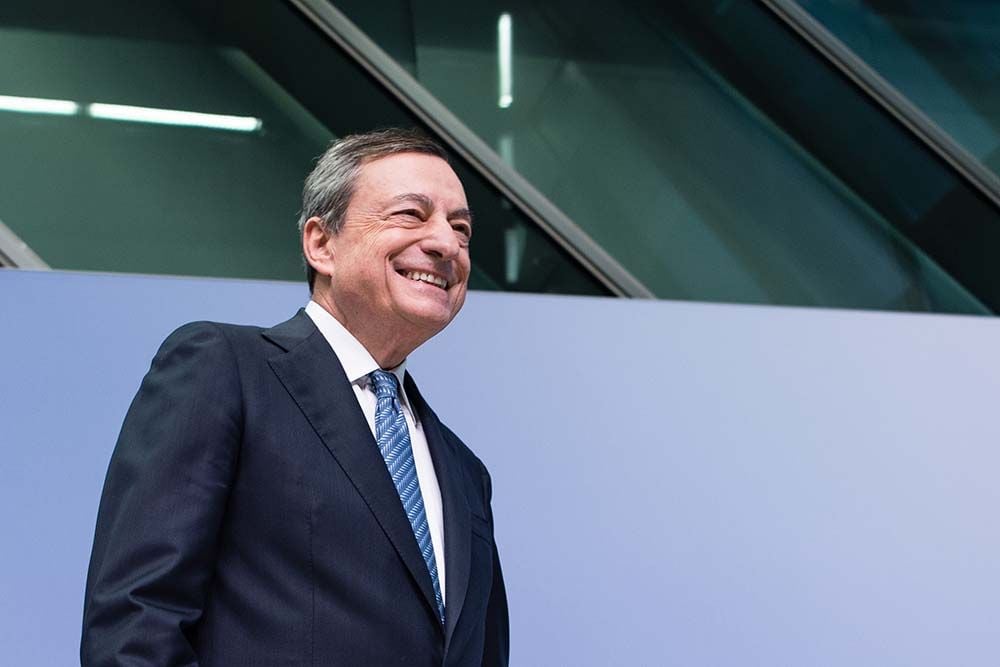 - ECB won't be panicked by recent slowdown in economic growth

- EUR volatile against the Dollar, stronger vs. the Pound

Speaking after the ECB's October policy announcement, ECB President Mario Draghi said "incoming information, while somewhat weaker than expected" remains overall consistent with the ECB's expectations for a steady pickup in growth and inflation, therefore the Bank does not yet appear worried by a recent slip in economic activity.

The steady hand shown by Draghi was welcomed by foreign exchange markets concerned the ECB might strike a more dovish tone which would in turn send the Euro tumbling lower. The Euro-to-Pound exchange rate is seen trading higher by 0.20% at 0.8861 in the wake of the decision, giving a Pound-to-Euro exchange rate of 1.1285.

The Euro-to-Dollar exchange rate was quoted a quarter of a percent higher at 1.1428 before fading the advance to register at 1.1382 at the current time.

Eurozone economic data has surprised to the downside over recent weeks and foreign exchcange markets were at risks that the ECB sounded a dovish note and hinted they might keep quantitative easing rolling beyond the December end date.

"Have we changed the baseline scenario? The answer is no," says Draghi.

Risks associated to protectionism, financial market volatility and emerging market uncertainties “remain prominent” requiring easy monetary policy to remain in place over the medium term. The showdown between Italy and the European Union did not feature as a significant concern to the ECB.

The central bank has said it will stop buying European government bonds at the end of the year and that it could begin to raise interest rates once "through the summer of 2019".

This would bring an end to the quantitative easing programme that has seen it hoover up bonds, thereby pumping cash into the Eurozone economy and stimulating inflation.

The ECB's policy pledges are what has prevented the Euro from handing all of 2017's double-digit gain back to a resurgent U.S. Dollar this year, but those commitments are contingent on an economic performance that supports a sustained return of inflation toward the central bank's target of "close to but below 2%".

Going forward, Antoine Lesné, head of EMEA strategy and research for SPDR ETF at State Street says the impact on the Euro is likely to be limited:

"The potential downside risks to growth, as a result of trade wars and mounting geo-political concerns, have been noted alongside Italy’s spread volatility. Inflation remains on track and given the risk does not seem to have spread to other peripheral countries, we were not expecting the ECB to change course for Italy. As a result, impact on rates is expected to be muted and the Euro may continue to show weakness vs the greenback for now.”