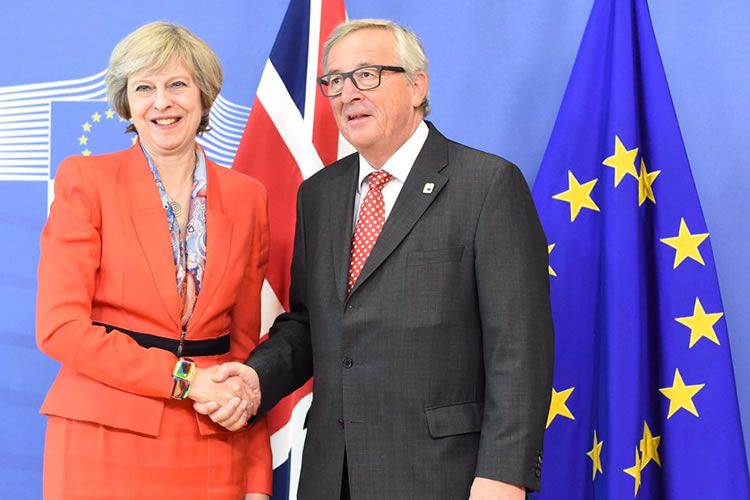 EU ministers have agreed on the type of transitional deal they would like as UK Prime Minister Theresa May faces severe factionalism over the matter in her own party.

Brussels has agreed on the guidelines that will shape the transitional period between when the UK officially leaves the EU and when it really leaves in practice.

The meeting concluded with the EU's General Affairs Council adopting the guidelines in under two minutes, confirming the shape of the transitional period was agreed as far back as December.

“The transition period will cover the whole of the EU acquis, which will continue to apply to the UK,” the document reads.

“Changes to the acquis adopted by EU institutions, bodies, offices and agencies during that period will also apply in the UK. The UK, as already a third country, will no longer participate in the institutions and the decision-making of the EU,” reads the document detailing the EU's desires.

A transition period is seen by both the UK and EU as being necessary to provide businesses on both sides of the channel with time to prepare for any rule changes that take place after the future relationship is agreed.

Anticipation of the transitional period offering a business-as-usual environment has allowed Sterling to rally over recent weeks, with the currency trading towards multi-week highs against both the Dollar and Euro.

"The "transition put" is alive and well and continues to support GBP in the opening weeks of 2018," says Kamal Sharma, a foreign exchange strategist at Bank of America Merrill Lynch.

"GBP should benefit from most transition scenarios and as the can is kicked down the road, GBP is recalibrating to its traditional drivers."

However, there are risks to the Pound in the form of the UK seeking to make substantial ammendments to the EU's position over coming weeks, when both sides will sit down and negotiate over the details.

If disagreement proves to be substantial there is a risk that an agreement on the shape and timing of the transitional period is delayed and the spectre of a 'hard Brexit' is raised once more.

"We have been sceptical of the escalating positive sentiment on the pound, especially versus other western European currencies. We continue to expect thorny negotiations over both the transition period and the post-Brexit trade relationship," warns Alvin Tan, a foreign exchange strategist at Societe Generale.

"We retain both the long EUR/GBP and short GBP/NOK trades from previous weeks."

This is a distinct possibility given the staunch position of EU ministers risks inflaming renewed tensions within Westminster, particularly among members of Prime Minister Theresa May’s own party.

After all, it comes hard on the heels of a weekend that saw rumours and speculation over a possible challenge to Prime Minister Theresa May’s leadership renew once more.

Just last week the government’s decision to accept Brussels' terms on transition drew criticism from Jacob Rees-Mogg, a grassroots favourite to succeed Theresa May as Conservative leader, who said current plans are a betrayal of the referendum result.

Government policy is clear, it is important it is delivered https://t.co/mbfRr9DDFm

“All existing EU regulatory, budgetary, supervisory, judiciary and enforcement instruments and structures will also apply, including the competence of the Court of Justice of the European Union,” Monday’s briefing document reads.

Concerns among Brexit-supporting MPs are that PM May’s original idea of an “implementation period” has now turned into an additional two years of membership, entailing vast costs, throughout which no change is implemented.

The European Council has set out a preference to have the transition end by December 31, 2020, although weekend reports from The Telegraph suggest the government is secretly working to extend the transition.

European Union representatives confirmed Monday that the UK government will be able to extend the transition period beyond December 31, 2020.

After conceding to European demands for a "Brexit bill" to be paid upon leaving, worth close to £50 billion, it remains to be seen whether the PM will be able to extend the transition without clobbering the taxpayer with further costs.

European Council guidelines make clear the status quo will have to remain in place during any transition period, with the exception that the UK will have no representation inside of Brussels.

During that time the UK will continue to pay membership fees and hope that a trade pact can be agreed before the end of the transition.

In addition, the UK will lose access to EU trade agreements with other third countries, according to Michel Barnier.

The EU has trade agreements with Japan, South Korea, Canada and a range of small emerging markets.

It remains to be seen whether replica agreements will actually be needed, or if the UK will automatically inherit participation in those agreements when it leaves.

That point will ultimately be determined by lawyers on all sides of the debate however, in the absence of such an inheritance process, the UK government will need to gain permission from Brussels in order to sign separate agreements.