The Conservative party are still on course to secure a comfortable majority in the June 8 election even as a once commanding lead continues to fade.

The size of that majority continues to be whittled away with the latest projections made by the Electoral Calculus now down to 98.

The Calculus had the majority at 100 until the most recent polls were accounted for. 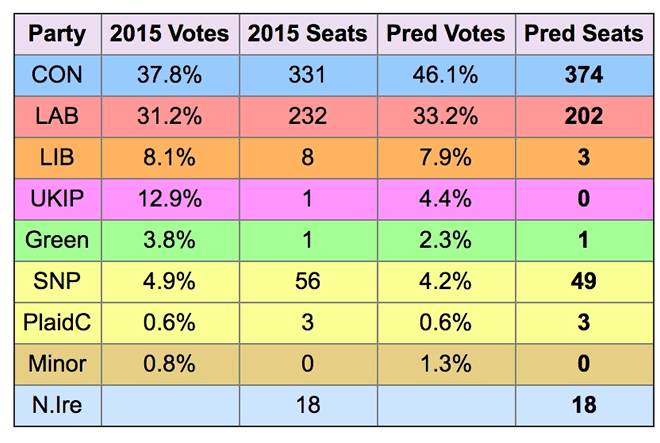 The Calculus is said to be “right more often than wrong,” and it has has built a reputation over the years as a trusted provider of electoral facts, data and predictions.

The chance of a Conservative majority is now at 72% while a majority for Labour is seen at 10%.

Latest polling continues to show a shift towards Labour with a Survation poll for ITV's Good Morning Britain (GMB) puts Labour on 37%, up three points on a week ago and six points behind the Conservatives who are unchanged on 43%. 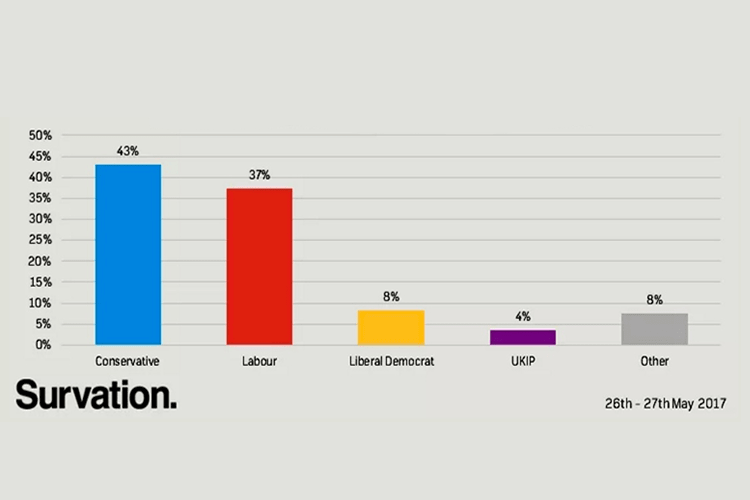 The poll continues a steady shift towards Labour amongst the electorate; something that has worried the British Pound.

Much of the Pound’s rally through the April-May period has been premised on the assumption that Theresa May would gain a stronger majority in Parliament which would allow her a firm hand in upcoming Brexit negotiations.

It also ensures there will be no elections during the Brexit transitional period which provides for added stability.

There were a total of six opinion polls over the weekend, with the Conservatives’ lead over Labour varying widely from 6% (ORB) to 14% (ICM), but all showing a wider margin than Thursday night's YouGov poll (5%).

It was that poll which galvanised markets into selling Pound Sterling as they woke up to the fact that this race could be tighter than they had originally envisioned.

Taking the average of these new polls, the Conservatives are 10% ahead.