The Lloyds Bank Business Barometer provides a timely snapshot of the state of UK businesses, the backbone of the economy, and finds economic optimism is down for a sixth straight month and resides at 21-month lows.

Business confidence fell by 5 points in November to 10% and there was not so much as a spark of optimism contained in the report as trading prospects resumed a downtrend. 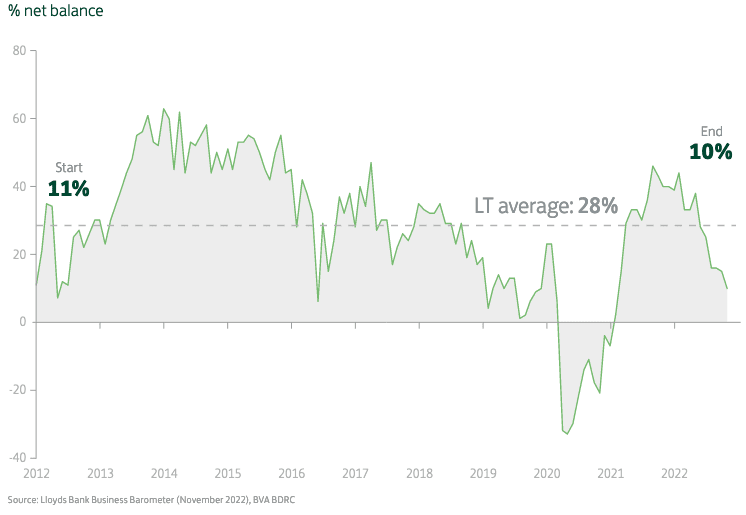 The pessimism was largely down to growing concerns about the economic outlook which crowded out any optimism that might have come from a calmer financial landscape.

Lloyds does however confirm the survey was conducted ahead of the government's Autumn Statement, so perhaps the data is a little dated.

"Looking ahead, it will be interesting to see if the clearer policy picture provided by the Autumn statement will lead to business confidence moving in a more positive direction as we go into 2023," says Hann-Ju Ho, Economist at Lloyds Bank Corporate & Institutional Banking.

Wage pressures appear to be easing somewhat, which would provide a crumb of comfort for the Bank of England which continues to hike interest rates for fear UK inflation expectations become embedded at higher levels. 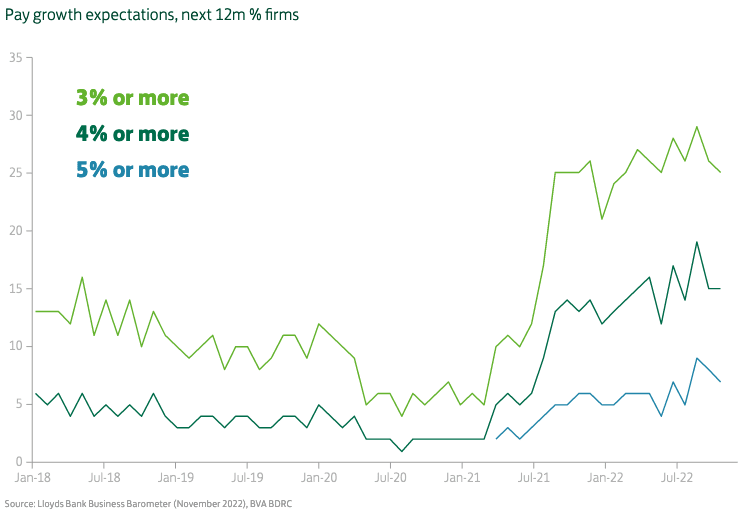 Such an outcome would occur if firms continue to price products at higher levels and wage settlements remain elevated.

Lloyds reports the proportion of businesses anticipating average pay rises of at least 3% for their staff fell to 25% from 26%, the lowest since June, pointing tentatively to less vigorous wage growth in the year ahead.

The Bank of England is likely to continue hiking interest rates into 2023 and would only consider an exit from this strategy once a more marked decline in pay awards is registered.

Worryingly for the Bank of England firms’ expectations for the prices of their own goods or services reached a new high in November, suggesting building inflationary pressures. 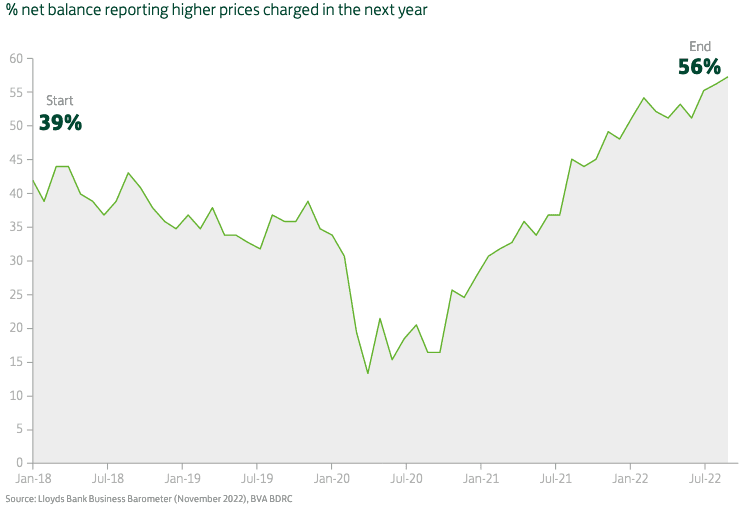 The findings from Lloyds Bank tally with those of the Confederation of British Industry (CBI) who said on Tuesday business confidence across the services sector dropped for a third consecutive quarter.

Among the reasons behind the weak outlook, businesses mentioned little efforts from the government to boost growth and inflation running at the highest in four decades.

Daniel Vernazza, Chief International Economist at UniCredit Bank in London, says the UK is "the sick man of Europe".

"The UK economy has entered a recession, which we expect to last for four quarters, with a peak-to-trough decline of a little more than 1% of GDP," he says. "A modest recovery will likely follow in 2024."