Federal Open Market Committee members voted unanimously to raise the Fed Funds interest rate range by 0.75% to between 3% and 3.25% on Wednesday and lifted their  quarterly projections for borrowing costs at year-end by one percentage in response to the latest U.S. inflation developments.

"I want to start here today by saying that my main message has not changed at all since Jackson Hole. The FOMC strongly committed to getting inflation down to 2% and we will keep at it until the job is done," Fed Chairman Jerome Powell told reporters early in the press conference. 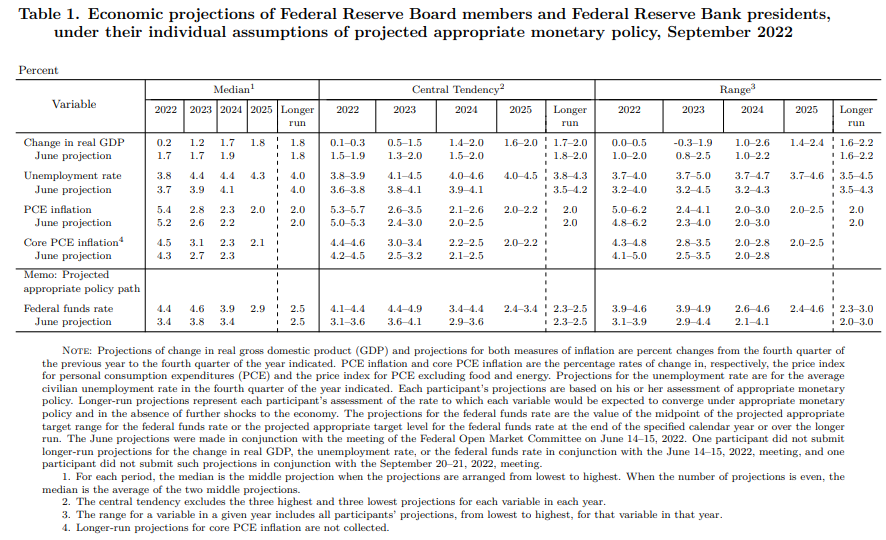 Wednesday's estimates for the Fed Funds rate continued to suggest that interest rate cuts may be likely in 2024 for which the median estimate was given as 3.9%, which is lower than the 2023 projection but also higher than the 3.4% trough envisaged back in June.

"We believe that we need to raise our policy stance overall to a level that is restrictive and by that I mean that is putting meaningful downward pressure on inflation. That's what we need to see in the stance of policy. We also know that there are long and variable lags, particularly as they relate to inflation," Chairman Powell said at one point in the press conference on Wednesday.

"If you look at core PCE inflation, which is a good measure of where inflation is running right now. If you look at it on a three, six and twelve month trailing annualised basis, you'll see that inflation is at 4.8%, 4.5% and 4.8%. So that's a pretty good summary of where we are with inflation and that's not where we expected or wanted to be," he added later in response to another question.

The Fed's projections for inflation were raised across the board and the core measure of Personal Consumption Expenditures (PCE) inflation, which is the most important measure targeted by the Fed, was projected to sit one tenth of a percentage point above the 2% target all the way out in 2025.

"I would say that actually if the economy followed this path this would be a pretty good outcome but you're right it is a tenth higher than 2%," Chairman Powell said on Wednesday when asked about the inflation forecasts.

Meanwhile, projections for GDP growth were cut across the board and significantly so for the current year with the U.S. economy now expected to expand by a mere 0.2% for 2022, and after having been forecast to expand by some 1.7% at the time of the June press conference.

Prices in the Federal Funds Rate futures market shifted higher to sit around 4.56% for the September 2023 month, leaving market pricing broadly in line with the outlook set out in Wednesday's forecasts. 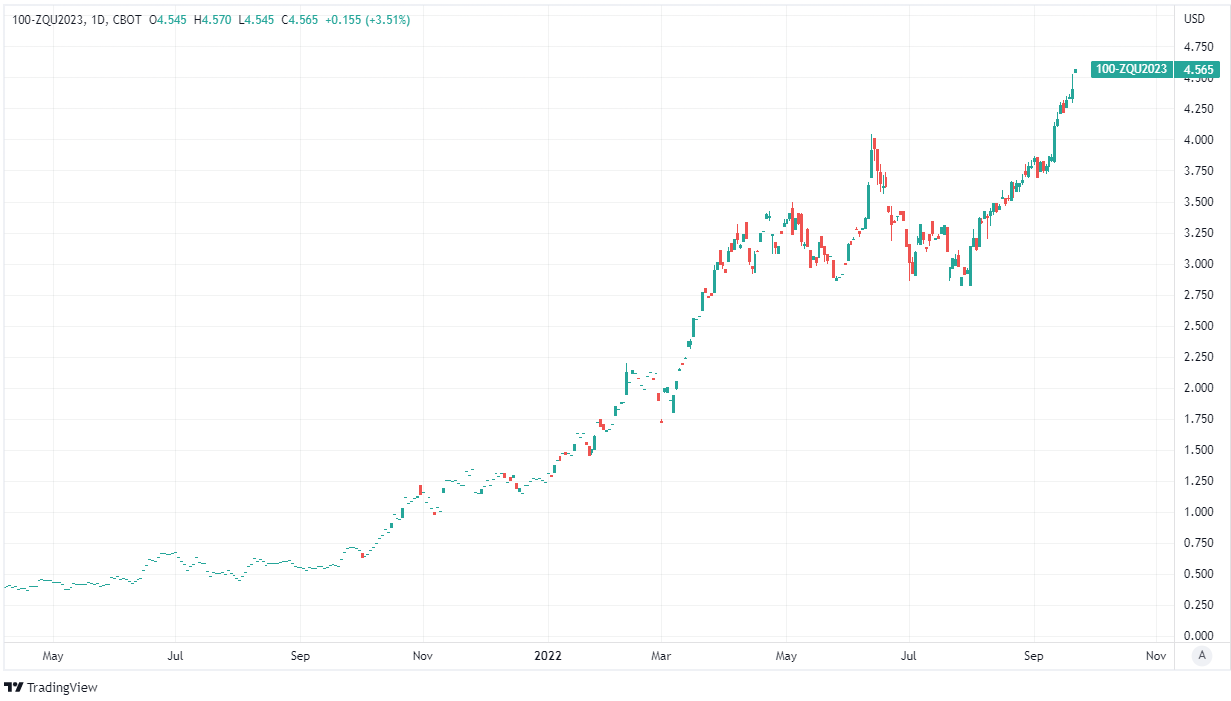