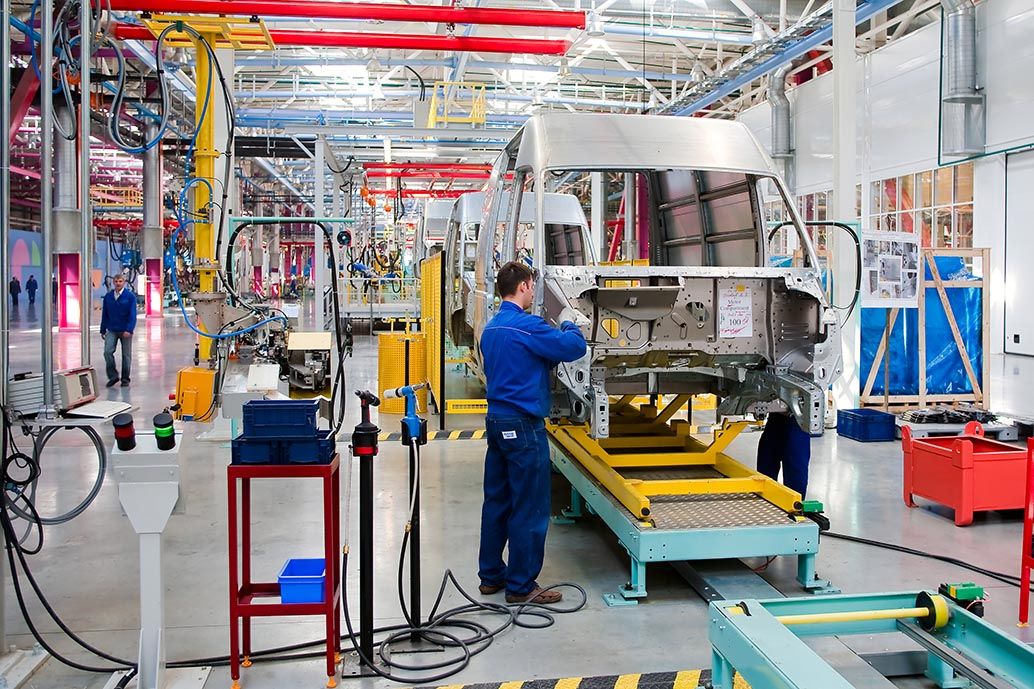 The IHS Markit PMI report for February out on Friday offers the most comprehensive and timely snapshot of UK economic activity available, and it shows that the economy's all-important services sector managed to tread water in the face of an ongoing lockdown.

It also shows a surge in optimism amongst businesses regarding the year ahead.

The preliminary Services PMI for January read at 49.7, which is just below the 50.0 level which forms the line between growth and contraction. 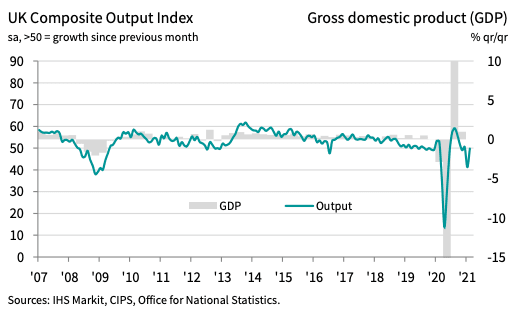 The expectation was for a reading of 41.0, which would have marked a more substantial decline. Indeed, January's final Services PMI read at 39.5, which indicates the sector actually expanded in February.

The Manufacturing PMI read at 54.9, putting the sector comfortably in expansion territory. The market expectation was for a reading of 53.2.

The Composite PMI - which balances the Services and Manufacturing figures to give a more accurate snapshot of the broader economy - read at 49.8, up on January's 41.2 and ahead of expectations for 42.2.

"This doesn’t mean that the economy reversed the probable decline in GDP in January. Instead, as the composite PMI remained a smidgen below the no-change level of 50, it implies that GDP was broadly stable in February," says Paul Dales, Chief UK Economist at Capital Economics.

Moreover, some manufacturers commented on weaker sales volumes due to temporary closures among their clients in the consumer services sector, especially hospitality businesses.

On the employment front, staffing levels showed signs of stabilisation during February as private sector employment decreased at the slowest rate since the downturn began in March 2020.

Service providers indicated a much slower pace of job shedding in comparison to January, while manufacturers reported another marginal increase in payroll numbers.

Looking ahead, businesses are somewhat optimistic.

The report revealed businesses hoped that a rebound in customer demand after the national lockdown lead them to boost their appetite to retain staff and accelerate investment plans.

Business expectations for the next 12 months picked up in February and were the highest since April 2014.

IHS Markit says optimism was almost exclusively attributed to an expected economic rebound in the wake of the successful UK vaccine rollout.

"Although the data hint at a renewed contraction of the economy in the first quarter, business expectations for the year ahead improved to the highest for almost seven years, suggesting the economy is poised for recovery," says Chris Williamson, Chief Business Economist at IHS Markit.

The improvement in business expectations regarding the outlook coincides with a report out earlier in the day that showed consumer confidence posted a much sharper increase this month.

The GfK consumer confidence index rose to -23 from -28 previously.

Much of the rise was due to improved expectations for the coming 12 months; in particular, confidence around the economic outlook rose to its highest level since last March.

The CBI have meanwhile released the results of their monthly manufacturing survey, which helps build on the picture provided by the PMIs.

Manufacturing output fell slightly in the quarter to February, but at a more modest rate than in the first lockdown last Spring, according to the latest CBI Industrial Trends Survey.

The survey of 296 manufacturers also found that output increased in 11 of the 17 sub-sectors. However, growth in these sub-sectors was outweighed by sharp falls in others – particularly motor vehicles & transport equipment and food, drink & tobacco. Looking ahead, manufacturers anticipate output to be broadly flat over the next three months, marking a notable improvement on expectations of a significant decline in January.

Total orders books improved, to a similar position as in December 2020, while export order books worsened on January. Both continue to be far weaker than their respective long-run averages.

Manufacturers also reported that stock adequacy weakened slightly from January and expect output prices to be broadly steady in the next quarter.