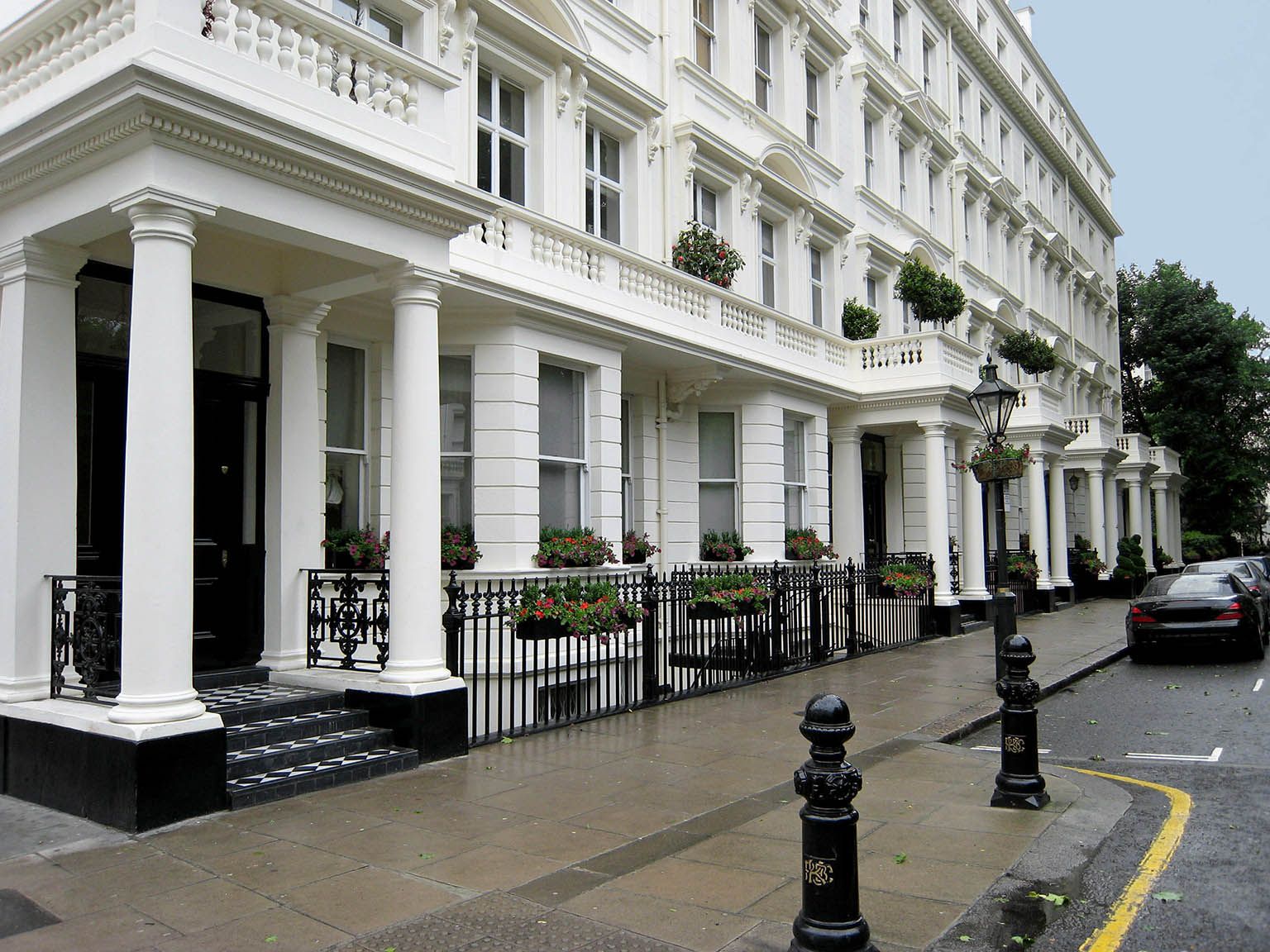 Activity in the UK's prime property market - that is defined as the market for residential property with a value in excess of £1m - has plummeted alongside broader economic activity, but prices appear to have found a floor.

Despite this decline, average sold prices over the last three months have registered the most consistent, upward performance in the last year.

Enness Global analysed data on property transactions above the £1m threshold to see how sold prices and transaction numbers had fared over the last 12 months and since December’s election result.

The data shows that the number of £1m+ transactions actually climbed month on month ahead of December’s election.

Despite this, while the overall market bounced in the wake of the election, transactions on property selling at £1m or more declined at an average of -45% per month between December and March.

The largest monthly decline of -87% came between February and March as the nation approached lockdown and many buyers and sellers sat tight due to further market uncertainty.

"The high-end market is one built on a quality over quantity mentality and as a result, a transactional decline can often be more pronounced during periods of market instability, with recovery periods also taking longer," says Islay Robinson, Group CEO of Enness Global. "That’s certainly been the case of late and while much of the wider market enjoyed a swift return to form following December’s election, the almost immediate industry-wide lockdown that followed in March has prevented the top end of the market from gathering momentum." 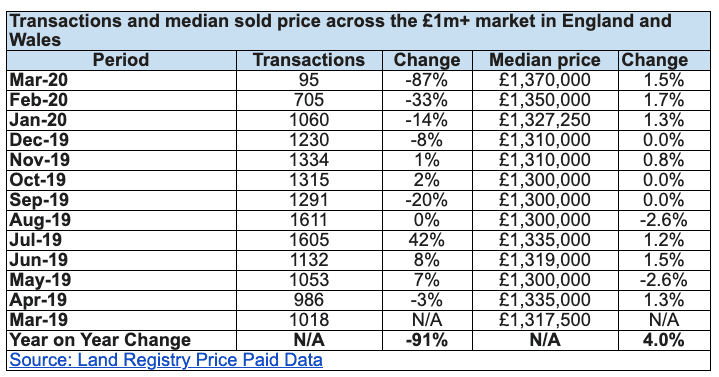 Year on year, transactions at £1m and above were -91% lower when compared to March last year, although again, this was largely driven by Government-imposed restrictions.

Robinson says the slump in demand appears to have been driven by a decline in foreign buyer interest with many unable to travel and therefore opting to put their purchase on hold.

Despite the number of transactions stuttering in the wake of the election results, price trends are yet to follow suit.

Compared to a year ago, the average sold price for properties at £1m and over has increased by a notable 4%, averaging growth of 1.5% a month since the election.

This is the most consistent level of growth seen over the last year with three consecutive months of positive movement.

"Despite the notable decline in transactions, there has been a silver lining in the form of consistent, upward price growth. This is a natural occurrence in a market where demand remains while supply falls, but for the average sold price at this tier to climb at plus one percent for three consecutive months demonstrates a very firm foundation," says Robinson.

Enness Global anticipate the prime UK market will bounce back in the coming months and any drastic drop in values seen during previous periods of market turbulence is unlikely to materialise.