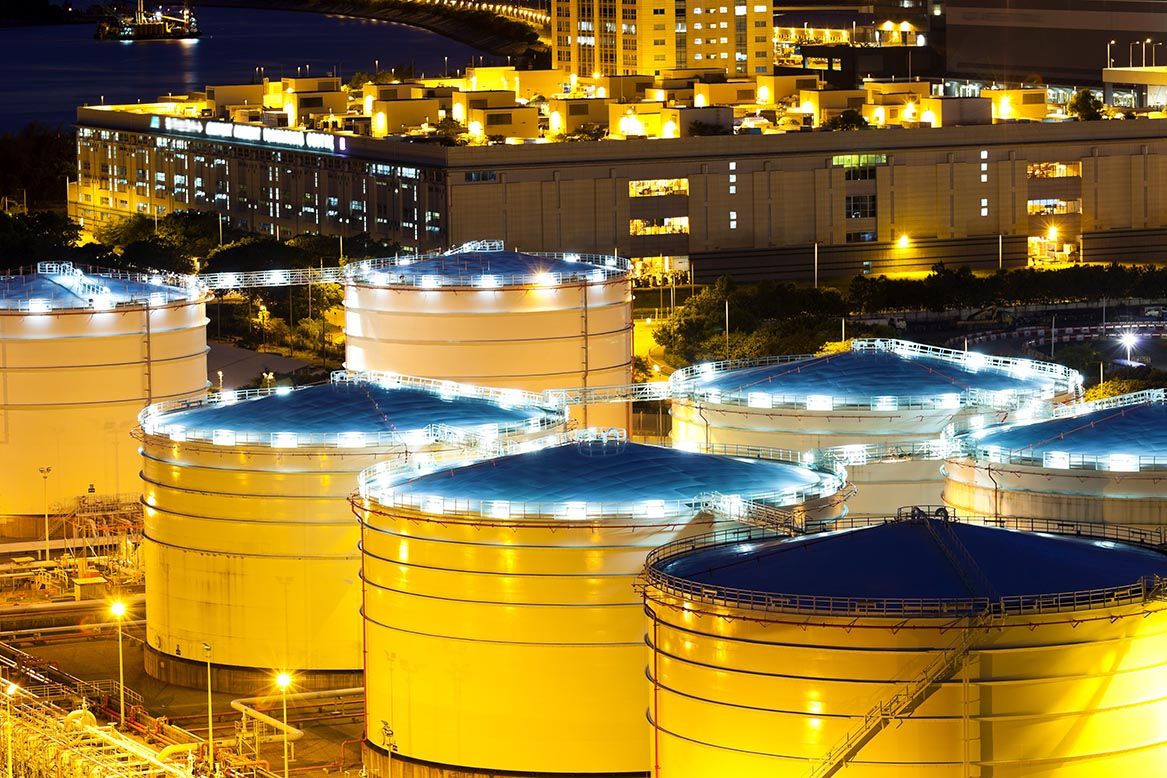 - Looks for $80 Brent oil price if outage lasts for "months".

Oil prices are tipped to remain close to Tuesday levels over the coming weeks but could easily extend higher if Saudi Arabia is unable to promptly restore its lost production capacity, according to Commonwealth Bank of Australia (CBA), although prices still remain some way off the global economy's pain point.

Brent crude oil futures prices are now up 15% for the last month and 26.15% for the 2019 year to date following a double-digit gain at the beginning of the new week, but are being tipped to trade within the $65-$70 per barrel range over the coming days and weeks. However, the outlook beyond their depends on how soon Saudi Arabia can bring the Abqaiq processing facility and the Khurais oilfield back online after they were attacked by drones at the weekend.

"We think Brent oil will trade at US$65‑70/bbl for, but if Abqaiq proves to take months to come back online we could see Brent move into the US$70‑80/bbl range. A retaliatory attack against Iran could see oil prices spike even higher," says Vivek Dhar, a commodity strategist at Commonwealth Bank of Australia. 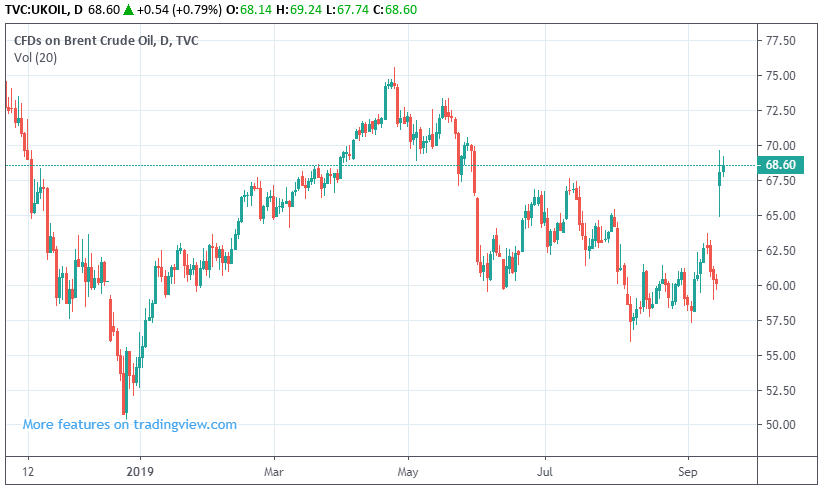 Iran has been named by the U.S. as being behind the weekend drone attack that's switched off around half of national capacity in Saudi Arabia, the world's second largest oil producer, which has sidelined something close to 6% of all global production. The impact has been tempered by a U.S. commitment to tap its reserves if necessary, although that wouldn't be enough to hold prices back if markets grow to fear a military conflict in the Middle East.

"News that Saudi output will allegedly get back to normal fairly quickly has driven Brent crude lower today," says Simona Gamborini at Capital Economics. "We continue to think that US-China trade tensions and the outlook for Fed policy remain more important drivers of oil prices. Nonetheless, we would not rule out entirely the possibility of an escalation in tensions, leading to an outright conflict in the Middle East. In that case, we would not be surprised to see oil prices reach, and perhaps even rise above, $150."

President Donald Trump, who's reported to have been seeking a meeting with Iranian leader Hassan Rouhani to discuss the country's nuclear program and U.S. sanctions against it, said via his Twitter account Monday the U.S. is "locked and loaded" as well as willing to respond to Iran on behalf of Saudi Arabia. However, he also later said the U.S. does not "want a war" with Iran.

Remember when Iran shot down a drone, saying knowingly that it was in their “airspace” when, in fact, it was nowhere close. They stuck strongly to that story knowing that it was a very big lie. Now they say that they had nothing to do with the attack on Saudi Arabia. We’ll see?

"The choke point for global growth from higher oil prices is normally a doubling in prices. We are a long way from that just yet. Key to watch will be how long the supply disruption lasts, whether there are more attacks and retaliation," says Dr Shane Oliver, chief economist at AMP Capital. 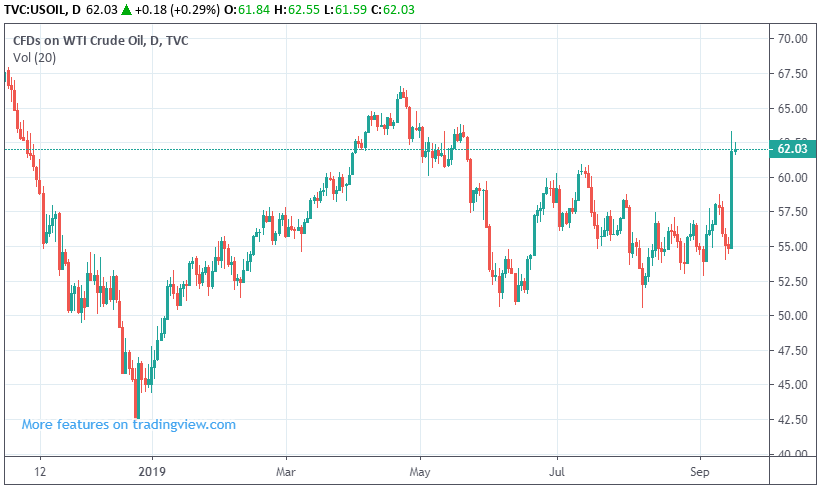 Oliver flags that West Texas Intermediate (WTI) crude oil futures were trading around $55 per barrel late last week, before the drone strike, and that they've since risen to trade comfortably above $61. That's more than a 10% increase but it still leaves prices a long way below the $110 per barrel that would be necessary for the global economy to really be troubled, although any increase in prices is a headwind to growth.

"Past oil price surges have clearly played a role in US & global downturns," Oliver says. "They weren’t necessarily the driver of these recessions as other factors (like interest rate hikes and the housing downturn prior to the GFC) often played a much bigger role. But they made things worse because a rise in oil and hence broader energy prices is effectively a tax on consumer spending which leads to lower growth in retail sales, car sales, etc."

A sharp increase in the price of oil can lift inflation and suppress 'real GDP' growth because of its broad use in energy and manufactured products. However, because rising oil prices both lift inflation as well as suppress growth there is often uncertainty over how central banks will be likely to respond. Changes in rates are normally only made in response to movements in inflation, which is sensitive to GDP growth, with higher rates being deployed as a tool for reigning in rising inflation.

However, the international origins of the oil price rally and resulting inflation mean that lifting interest rates would do little to address either, which is why some analysts are suggesting that rather than raising rates, central banks might be more likely to cut borrowing costs than anything else in order to support already-troubled economies. The global has already slowed rapidly this year due to repeated escalations of the still-ongoing U.S.-China trade war.

"We would expect the impact of a sustained increase in oil prices to be negative for real growth, and so to tend to depress real rates in developed market," says Chris Turner, head of FX strategy at ING. "Central banks would be inclined to ‘look through’ any temporary spike in inflation on account of the high volatility in energy price. As such, most of them make at least indirect reference to core inflation, typically stripped of its most volatile components such as food and energy. This is the reason why we think that on balance, central banks are more likely to respond to the potential growth (negative) shock than inflation."