Despite a long run of weakness, the Swiss Franc has finally found a 'buyer'.

Canadian Imperial Bank of Commerce (CIBC) has opened a tactical short in CAD/CHF, according to a recent note from their research department, and they are watching for the right opportunity to open a bearish bet against USD/CHF too.

The call may come as a surprise to some market participants since the Franc has fared worse than most against the US Dollar during its recent rally, losing more than 6.0% against USD - double the 3.0% the Euro has weakened.

The chart above bears witness to the US Dollar's meteoric rise against the Franc since February - so the question has to be, what has changed?

First, the fact that the pair has met a milestone in reaching parity.

Parity tends to be a key psychological level where bulls often exit their positions and take profit.

Indeed, there already seems to be evidence of a slowdown in USD's rise versus the Franc.

The US Dollar's strong move higher at the start of this week saw it make gains against all but one of the G10 currencies, and that one was the Franc, so the tables seem to be turning. 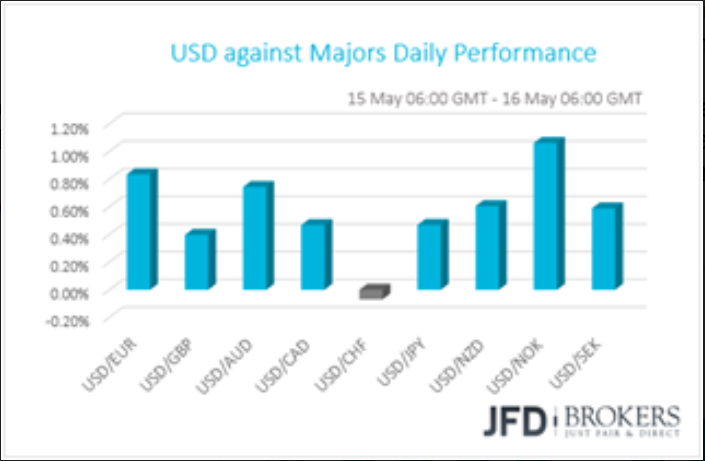 The Swiss National Bank (SNB) has a reputation for intervening in markets to weaken the Franc but this has not been the case with the most recent move.

"Unlike in prior instances where this has happened, Swiss sight deposits have been stable. In other words, the SNB is not actively intervening at the moment and this has been a pure USD momentum move," says Rai.

The uncharacteristic lack of direct intervention by the SNB suggests the central bank is not actively trying to devalue the Franc anymore, and, therefore, by extension, that it will not mind if the currency strengthens again - which removes a major impediment to a Franc recovery.

Yet a part of the reason for the SNB's 'hands-off' attitude is due to its extremely low-interest rate policy, which has arguably, done the job of depreciation the Franc for it.

Swiss base lending rates are the lowest in the developed world at -0.75%, and interest rates are a major driver of currencies.

The currencies of countries with higher interest rates tend to outperform those of lower interest rates because they attract higher inflows of foreign capital drawn by the promise of higher returns - therefore the extraordinarily low rates in Switzerland are a big headwind for the Franc.

The rapid rise in US interest rates, meanwhile, explains why the Dollar has gained so much over the Franc.

The general consensus is that the SNB is in no hurry to raise interest rates so the Franc will remain undermined, however, Rai argues the market is too "bearish" about the SNB as in the past they have tended to shadow the European Central Bank (ECB) which markets speculate is planning to end its stimulus pump at the end of the year and start raising interest rates early in 2019.

"The Bank has a long-held tradition of following ECB policy (and the Bundesbank before then) and it will likely move once the ECB starts hiking," says Rai.

Yet the market is not discounting this fact at the moment and remains of the opinion that the SNB will not start raising rates for a much longer period of time - leaving the potential for a rise in the Franc when the market does finally discount it.

The Swiss Overnight Index Swap (OIS) rate is a measure of overnight borrowing costs which reflects central bank interest rate expectations and this is suggesting no change in the Swiss interest rates for 18 months -longer than is expected in the Eurozone.

"There’s nothing material priced in the CHF OIS curve until 18 months from now and even then its only around 10bps. If you’re of the view that Draghi will take the deposit rate back to zero before he leaves in October 2019, then there should be more priced into the CHF curve," says Rai.

Thus some upside has not yet been priced into the Franc from the likelihood that the SNB will follow closely on the coat-tails of the ECB.

From a purely fundamental POV, there is nothing to recommend a weak Franc - the Swiss economy is quite strong and unemployment is low.

"Swiss data has been fairly decent and there have been few signs that concerns over trade/tariffs or weather have materially impacted the real economy so far. At the very least, the hit to the data has been far less than it has for the Eurozone," says the CIBC analyst.

A further indicator of potential CHF strength comes from what is known as 'positioning', which is the level of naked bets for or against a currency in the futures market.

When positioning reaches either a bearish extreme or a bullish extreme it is actually a contrarian warning signal that the tide is about to turn, thus the extreme bearish positioning is a forewarning of a recovery and vice-versa for extremely bullish positioning, which is a precursor for a fall.

In the case of EUR/CHF positioning has reached a bullish extreme (much as EUR/USD has) suggesting a vulnerability to a reversal and sell-off, and appreciation of CHF versus the Euro.

In view of their analysis, CIBC's strategy is to start with a tactical bearish bet against the Canadian Dollar, by selling CAD/CHF.

"To capitalize on the expected CHF move higher, we’d elect to start with a tactical short CAD/CHF position with a close eye on UST yields," says Rai.

CIBC recommend betting agasinst the Canadian Dollar despite the rise in oil prices which tends to support CAD, and the CIBC house view that commodities are going to rise, so Rai suggests a 'cautious' "tactical" short bet at current market exchange rates (0.7770 in the note and 0.7830 at the time of writing) to target 0.7500, with a stop loss at 0.7905, in the event he is wrong.

Much of the recent strength behind the US Dollar, meanwhile, has been put down to rising US Treasury yields but if these stabilise, says CIBC, it will also be looking for entry points into a short USD/CHF move.