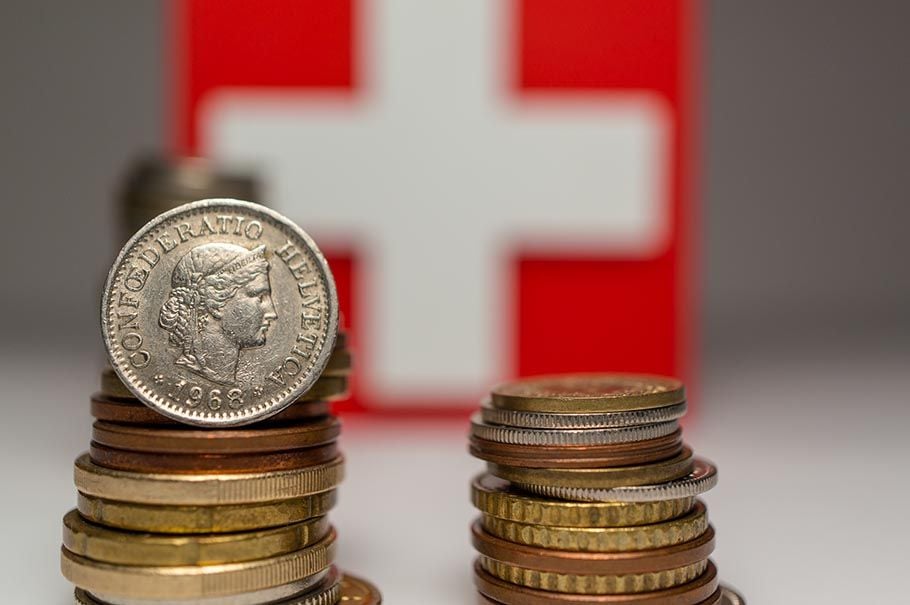 That the Franc and the Japanese Yen are the two currencies that have experienced the greatest losses against an appreciating Pound tells an important story in itself: these two 'funding currencies' are out of favour and could remain so for some time.

"Vaccination campaigns are in progress worldwide. Corona restrictions are expected to ease noticeably from the second quarter, which is likely to boost the global economy strongly. In this environment, the Swiss franc is likely to be sought less as a safe haven," says You-Na Park-Heger, FX and EM Analyst at Commerzbank.

This allows investors to borrow in these currencies and invest in assets where interest rates are higher, allowing for a positive return to be made.

The dynamic puts downward pressure on the likes of the Franc and Yen, especially so when the investor mood is bullish as is currently the case in a global market where commodity prices are storming higher and U.S. indices are at record highs.

This is the time of the 'reflation trade' and it is not one that favours the Franc.

The Franc is meanwhile the second worst performing major currency, with only the Yen losing more ground in the G10 space: 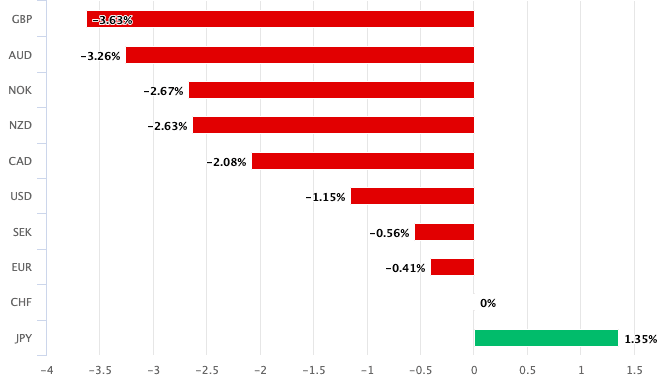 Above: The Franc is the second-worst performer of 2021.

"Year to date, prospects for rotation and reflation have put the lowest-yielders and traditional funders in G10 on the back foot," says Geoff Yu, Senior EMEA Market Strategist at BNY Mellon.

"As asset allocation increasingly tilts towards reflation and reopening, we see greater scope for the franc to revert to even greater funding status," he adds.

Investors remain in a bullish mood owing to expectations for economies to unlock over coming months as covid infection rates ease and global vaccination programmes underpin confidence that the worst of the pandemic has passed.

"The savings accumulated during the lockdowns are likely to push consumption up significantly. We therefore expect a strong economic recovery in Europe and the US. This will significantly reduce the demand for the Swiss franc as a safe haven," says Park-Heger.

The confidence is meanwhile underwritten by central banks that are currently overseeing extremely accommodative policies via quantitative easing and low interest rates.

Add to this an expected $1.9TRN relief package due to be put in action by the U.S. government in coming weeks, and the conditions are ripe for further gains in stock markets and those currencies that tend to gain alongside.

The Franc on the other hand is left particularly exposed to depreciation, a situation that will likely be welcomed in the halls of the SNB in Bern.

2020 saw the SNB intervene in foreign exchange markets to try and keep a lid on the value of the Franc, particularly in the first half of the year when demand for this safe-haven asset was soaring. They will therefore likely welcome the market taking the reins and pushing a depreciation in the currency.

"SNB policy is expected to remain very well-anchored for many years to come. The customary policy gap versus the ECB will be maintained and even in the unlikely event of early movement by Frankfurt toward normalisation, it will only be an incentive for the SNB to open up an even wider gap," says Yu.

Currently, interest rate futures suggest an interest rate hike will only likely be forthcoming from the SNB in the first quarter of 2024.

"The monetary policy and the intervention strategy of the Swiss National Bank (SNB) will probably not change for a long time to come," says Park-Heger.