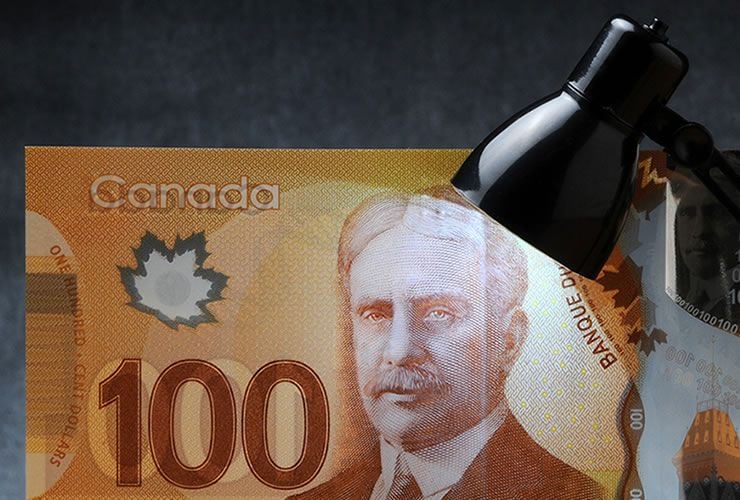 Analysts at BMO Capital forecasted the turn in fortunes being witnessed in the USD to CAD exchange rate ensuring good profits for those traders who heeded the research. Where is the pair forecast to go from here?

Canada’s dollar crashed to one-week lows, tumbling more than 3 cents from October highs reached last week, hurt by weaker oil around $35, the lowest in a month, and a much bigger than expected trade gap.

The US Dollar to Canadian Dollar exchange rate (USD/CAD) has been on the rise for five days in succession now, leading us and others in the market to question whether the Canadian dollar's strong run is now over.

This question was asked by analyst Greg Anderson at BMO Capital when the CAD was still advancing; Anderson and his team suggested traders bought the USD/CAD on dips below 1.30 in anticipation of a recovery.

It is always hard to advise others to go against the trend. “It is dangerous to fight momentum, and the momentum is clearly down in USDCAD right now,” wrote Anderson, Global Head of FX Strategy at BMO Capital Markets, when the trend lower was in full flight.

The exchange has been in decline since late January in a move that saw it increasingly at risk of breaking below the 1.2832 October 2015 lows, a move that would have been a strong signal that the longer-term trend (1-3 years) has changed from bullish to bearish.

But, "all trends eventually end, and they tend to end when the underlying stories are priced in and/or played out,” says Anderson.

For Anderson, all the major fundamental drivers - or ‘stories’ as he calls them – which have pushed the pair lower this year, have run their course and there remains little fundamental reason to expect further substantial downside in USD/CAD.

Indeed, he expects a bounce short-term to 1.33, in one month’s time.

Canada is a major oil producer and oil is its most important export, so when oil prices plummet the Canadian dollar follows suit. This is what happened in 2015.

When oil rises, however, CAD normally follows. Recently oil has risen to over 40 dollars a barrel on the back of expectations that the consortium of major oil producers, OPEC, will lower production to support a price recovery.

However, any likely decision from OPEC will probably not have the upward propulsive effect on CAD which markets might expect:

“It appears that the likely result of the (OPEC) meeting is a freeze of production at January levels for all participants except Iran. If that is the case, the impact is largely symbolic and is unlikely to drive oil higher. In fact, it could lead to sell-the-fact selling of crude,” says Anderson.

BMO, however, argues that Oil and therefore the Canadian Dollar’s rise is probably not sustainable.

They note, for example, the lack of strength in the recent rise in the commodity index and a sign oil will probably capitulate.

In their opinion there is not enough evidence to suggest a turn higher in the commodity cycle (even though such a rise is well overdue):

“The CRB (Commodity Research Bureau Index) gained 4.5% in March, which may seem like a bullish commodities move, but it is really just the inverse of the USD index move. If the commodity cycle had really turned, the CRB would have moved much more than the USD. This leaves CAD vulnerable to post-OPEC disappointment in oil in our view," says Anderson.

The next ‘story’ which BMO see as having to be priced in by the Canadian Dollar is the threat of a devaluation of the yuan.

Since this no longer appears to be the case, there is less chance of further down-side for the pair.

Finally, there is the story of the Fed rate hike drama, which has so severely wounded the dollar.

Originally the Federal Reserve was going to increase interest rates by a whole percentage point according to the views of its own members, however, increasingly uncertain and volatile global factors (including the devaluation of the yuan, see above) led to certain members suddenly growing cautious and markets started to lower their expectations of the Fed raising rates.

The Fed has now changed its rate hike expectations more in line with those of the market, which has helped the US Dollar stabilise. Now The Fed expects two hikes this year, which is more in harmony with markets and the dollar’s current level.

“Looking further out, our economists still think the Fed is more likely to hike in June than not. The probability of a Fed hike may have admittedly fallen to somewhere around 55% (we would have said 70% in early March), but it’s hard to completely rule June out when even the FOMC’s moderates seem to be calling for it. If there were a June Fed hike, we think USDCAD would spike back up to 1.40.”

Looking to the longer-term, and Anderson expects the US Dollar to weaken in the run up to the US Presidential election as investors hedge their US assets (by buying counterparts).

Then until December the dollar is expected to recover as the Fed raises rates, surging back up to 1.42 at the 9-month horizon. However, he cautions against “false precision”:

“That may represent a bit of false precision. A less precise, but more realistic call, is for USDCAD to move back in to a 1.35 to 1.45 range over the next few months as a Fed hike or two is priced back in and then stay there through at least the end of 2016.”

How BMO Suggested the View be Traded

Given their outlook, BMO's preferred trading strategy for April sees them looking to buy dips in the USD to CAD.