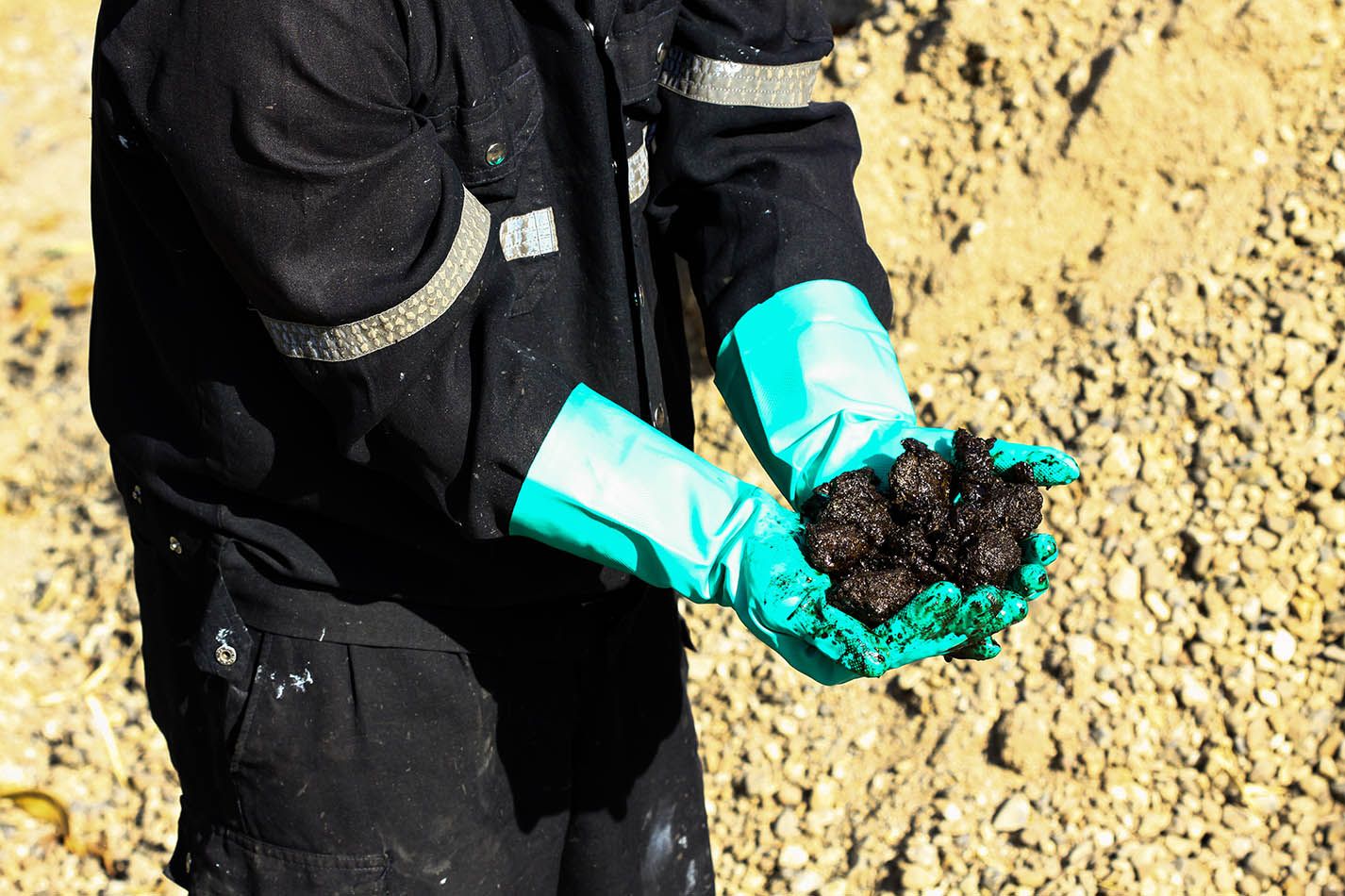 Falling oil prices have triggered a slump in the value of the Canadian Dollar, with one industry analyst saying a proposed cap on Russian oil could have a particularly outsized impact on Canada.

The Canadian Dollar has lost 1.5% against the Pound in the past 24 hours amidst a slide in oil prices.

Oil prices fell sharply after it was revealed that a cap on Russian oil prices being considered by G7 nations was higher than some in the market were fearing.

The threat of a Russian production boycott is therefore reduced, and oil prices have gone lower as a result of markets reducing supply-side fears.

But it is notable that the Canadian Dollar appears to be a loser, and Javier Blas, Energy and commodities columnist at Bloomberg, explains why this might be:

"If the G7 price cap on Russian oil is ultimately set at $65-$70 a barrel (as the leaks suggest), one has to wonder how G7 member Canada is coping.

"The benchmark Western Canadian Select crude sells currently for ~$51 a barrel. Maybe Trudeau is in more trouble than Putin?"

The Pound to Canadian Dollar exchange rate (GBP/CAD) has rallied by 1.5% since the details of the cap became clearer, taking spot to 1.6127 at the time of writing, its highest level since May.

The rise in GBP/CAD takes payments on the average bank account towards 1.5660 and those at competitive payment providers to approximately 1.6070.

As the below shows, the surge in GBP/CAD coincides neatly with the fall in Brent crude oil prices as the reports detailing the cap emerged. 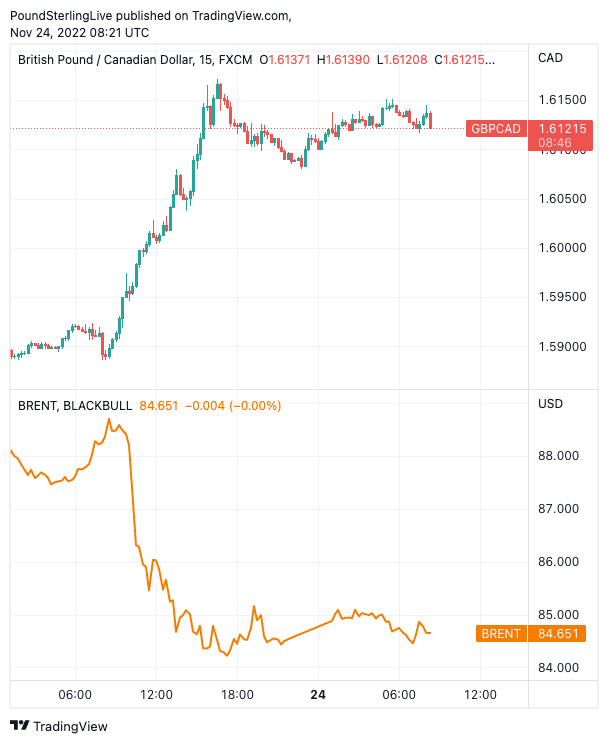 Moves in oil and GBP/CAD came after reports the Group of Seven nations (G7) is looking at a price cap on Russian sea-borne oil in the range of $65-70 per barrel.

The oil price cap news has proven unsupportive of oil prices because the cap is not as low as some market participants had feared.

"This range is in line with the historical average from before the invasion and is on the higher end of what was expected given that its way above Russia's oil production cost," says a note from KBC Markets.

The price cap would see western shipping, insurance and re-insurance companies sanctioned for dealing with cargos of Russian crude if it is sold above the maximum price set by the G7 and its allies.

Russia's Urals crude benchmark is already trading around $65 a barrel, therefore the proposed price cap is, in effect, not a cap.

"Russian crude Urals is trading at a discount of >$20 per barrel to Brent. That means that, currently, Urals sells, give or take, for $66-$68," says Blas.

The developments are therefore bearish for oil prices as the threat of a Russian boycott of its global customers is greatly reduced if they are already selling at or below the cap.

Russia's customers will continue to leverage the threat of an oil cap when bargaining with Russia, therefore allowing them to continue to extract a significant discount.

"This is the beauty of the G7 oil price cap: it doesn't cap Russian oil flows - as the U.S. wants more oil into the market - and it doesn't, really, cap the flow of petro-dollars to the Kremlin, either," says Blas.

But for Canada, the shift lower in global oil prices impacts their own particular benchmarks, lowering the country's foreign exchange earnings potential.

Oil market dynamics tend to have an on-off correlation with the Canadian Dollar, a correlation appears to be coming to the fore once more and therefore coming days could well see GBP/CAD beholden to energy market developments.

For the Canadian Dollar, what happens in China matters too.

This is because analysts say the recent slide in oil prices is a result of additional factors to the Russian price cap.

"With hopes for a reopening from COVID lockdowns vanishing, a case where the economy gets out of the woods soon remains unlikely. Therefore, it may be a matter of time before we see oil prices extending their slide beyond their September lows," he adds.

"Recall that longer run price action does indicate a major low/reversal formed around the 1.41 spike low reached in late Sep, delivering the squeeze back above major trend resistance last month. We look for firm support on dips to the mid/upper 1.57s now," he adds in a Monday review of the GBP/CAD charts.