In fact, on these metrics the Canadian Dollar is considered "the best in the G10".

"In a calm FX market, we think CAD would be king," says Greg Anderson, Global Head of FX Strategy at BMO Capital Markets.

But financial markets are anything but calm at present given rising fears of a global recession as central banks rein in loose monetary policy by hiking interest rates.

The Canadian Dollar is often considered a commodity currency and a pro-cyclical currency, i.e. one that tends to rise during global expansions and rising stock markets.

Therefore the global backdrop is not necessarily one in which the Canadian Dollar might flourish.

The current decline in growth expectations and stock markets meanwhile puts the safe-haven and ultra-liquid U.S. Dollar at the top of BMO Capital's pick list.

"In this year’s spiking-USD environment, CAD has to settle for being the G10’s #2," says Anderson.

However, when the broad USD stops rallying, BMO Capital Markets thinks USD/CAD will reverse relatively sharply, and the Canadian Dollar's gains on crosses will increase.

"We don’t think the BoC would get in the way of that adjustment," says Anderson. 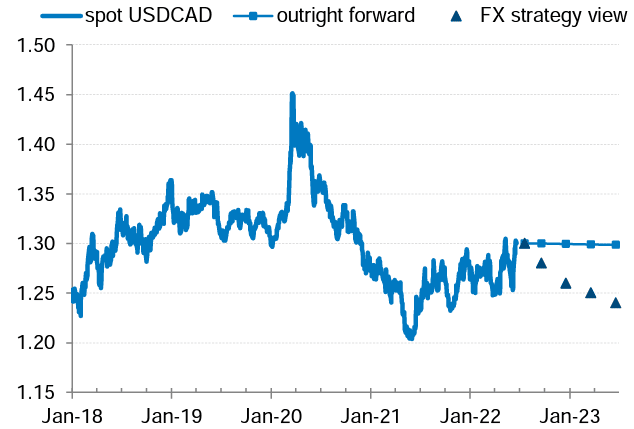 An emergent supportive fundamental driver for the Canadian Dollar is seen to be Canada's improving international trade position.

"Canada is now back to running a small current account surplus," says Anderson. "Energy exports to the US have picked up with the drop off in US energy production. High oil prices will also help for as long as they stay elevated."

BMO Capital notes Canada ran consistent current account surpluses in the first part of this century as the U.S. lapped up oil and gas and Canada exporters vehicles.

But vehicle manufacturing subsequently shifted to Mexico and the U.S. boosted its own energy production. 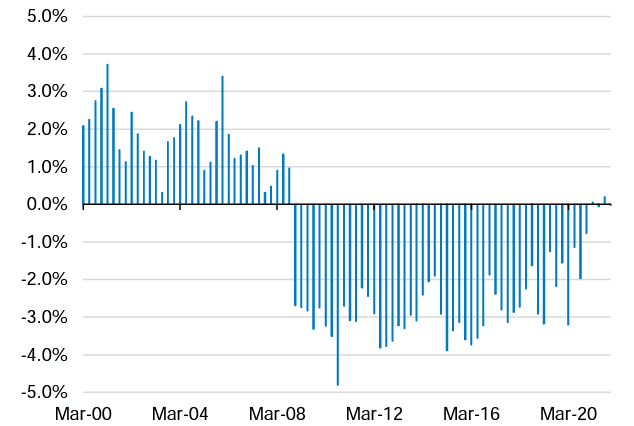 Above: Canada's current account as % of GDP has returned to surplus. Sources: BMO CM, Bloomberg.

"High oil prices have brought core flows into CAD and flipped its external balance. However, the resurgence in oil prices has not brought foreign direct investment, nor will it, unless there is a new breakthrough on a pipeline," says Anderson.