The Pound to Canadian Dollar rate slipped to a fresh 10-year low in the opening session of the new week but could fall further over the coming days if the Loonie remains more resilient to the rallying U.S. Dollar and crumbling risk appetite in global markets ahead of Thursday's Bank of England (BoE) policy decision.

GBP/CAD fell to its lowest since April 2013 on Monday as stock and bond markets crumbled and in the process fueled a rally in the U.S. Dollar.

In addition, and adding to the cacophony of concerns plaguing financial markets were steep losses in Southern European bond markets where government financing costs have risen through the roof since last Thursday’s European Central Bank (ECB) policy decision.

“The fallout from last week’s RBA and ECB tightening and US headline CPI punching above 8.5% are continuing to drive yields higher, despite renewed lockdowns in Shanghai as Covid cases again both in Shanghai and Beijing,” says Tim Riddell, a London-based macro strategist at Westpac.

U.S. inflation figures have gotten the market looking for the Fed to signal on Wednesday that it plans on raising interest rates above 3% by year-end in order to contain U.S. inflation while a small minority of economists are looking for a 0.75% increase in the Fed Funds rate this week. 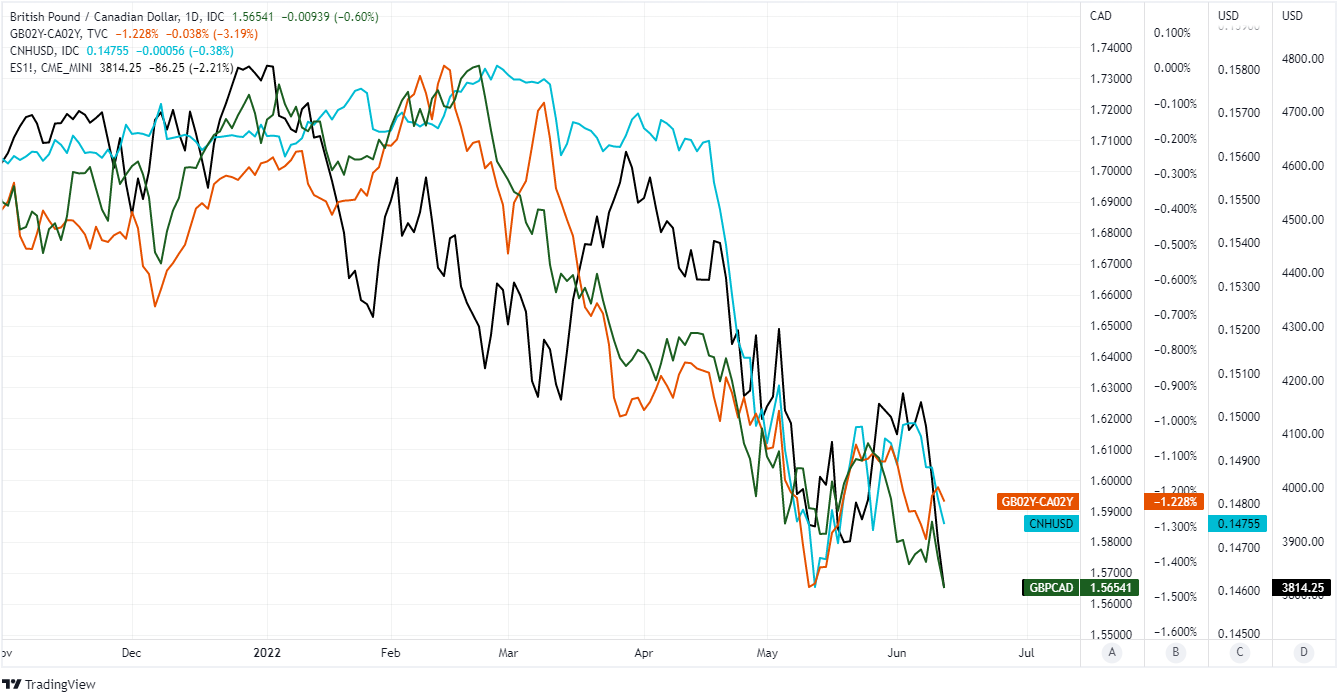 “In our view, the Fed's bias is still to maintain the current tightening pace, but for longer. We're now looking for the Fed to lift rates by three additional 50bp increases after next week's meeting,” says Mazen Issa, a senior FX strategist at TD Securities.

Wednesday’s Fed decision is important because GBP/CAD tends to closely reflect the relative performance of the Pound and the Loonie when each is measured against the U.S. currency, and is a potential pitfall in light of the Loonie's recent resilience relative to the rising U.S. Dollar.

However, the highlight of the week ahead for the Pound to Canadian Dollar rate is Thursday Bank of England (BoE) interest rate decision where the market will be looking to see Bank Rate lifted from 1% to 1.25%, which would be another post-financial crisis high for UK interest rates.

The market will be looking for any changes to the BoE’s outlook for the economy and inflation after the government announced a large cost-of-living support package for some vulnerable demographics back in May, which will boost spending in the economy.

The above is notable in the context of the concerns expressed by the BoE in March and May when it warned that falling household incomes could undermine the economy in the year ahead and ultimately lead inflation to fall back below the 2% target of its own accord in subsequent years.

That was the motivation for the BoE's pushback against market expectations for Bank Rate to rise from 1% in June to more than 2% later this year, a pushback that has weighed on the Pound in recent months but which may have been at least partially vindicated on Monday by April’s GDP data.

“The really concerning anecdote in this GDP report is the 1.0% drop in manufacturing activity, which led to a 0.6% contraction in the overall production sector during April. Adding in construction sector activity (-0.4% MoM) means that every main sector of the economy contracted,” says Stephen Gallo, European head of FX strategy at BMO Capital Markets.

The BoE’s reservations about raising Bank Rate have stood it in stark contrast with the Bank of Canada, which has set itself on course to raise its cash rate significantly further and potentially to 3% or more in the months ahead.

This has put market expectations for the BoC marginally ahead of those for the Fed and helped push GBP/CAD close to historically low levels only been seen on a handful of occasions in the era of free-floating exchange rates. 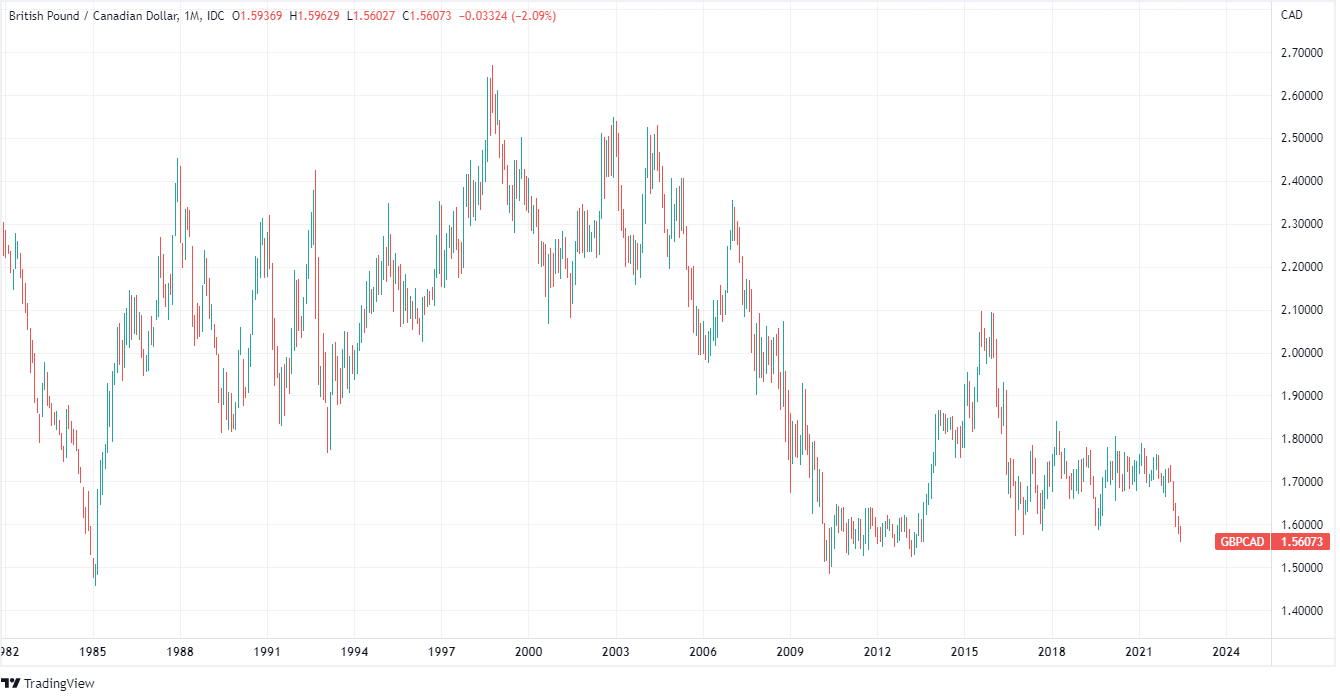