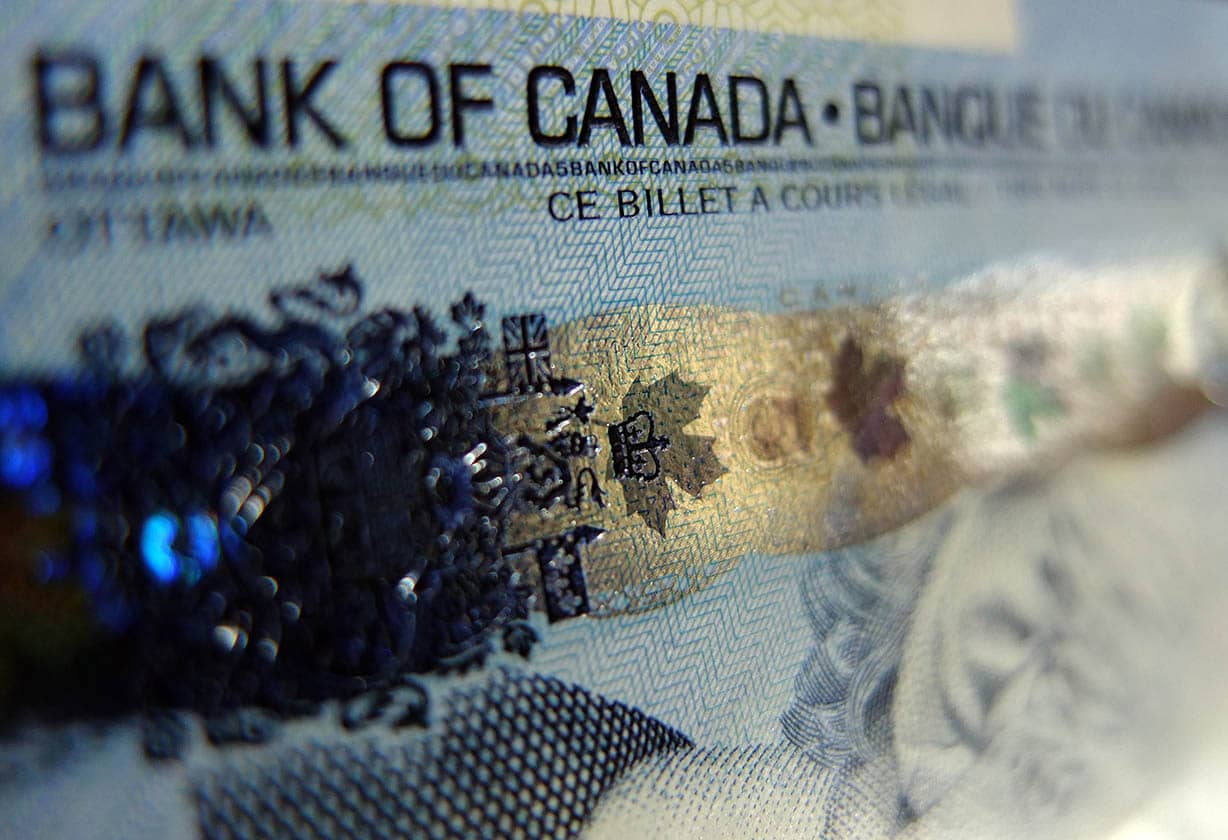 Currency tacticians at HSBC are looking for the Canadian Dollar to underperform the U.S. Dollar into year end, although it could be in for gains against the Euro says JP Morgan.

Elsewhere, Canadian lender Scotiabank is seeing a more constructive outlook for the Pound against its Canadian counterpart near-term.

The divergent views from major strategists on the outlook for the Canadian Dollar suggest a nuanced performance over coming days and weeks for 2021's best performing major currency.

"We look for CAD to fall modestly before year-end," says Daragh Maher, Head of FX Strategy, U.S., at HSBC. 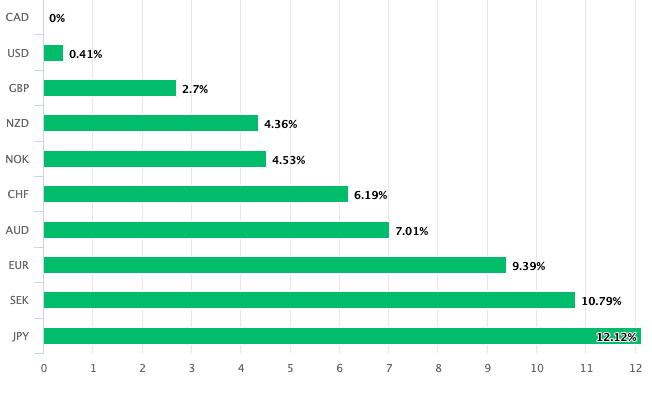 Focus on the Canadian Dollar increases as we approach the December Bank of Canada meeting, where investor expectations for "aggressive rate hike expectations" will be addressed, according to Maher.

Money market pricing shows investors are currently invested in a view that the BoC will hike rates consistently through 2022: a failure to sustain these expectations by the BoC could therefore deal a setback to the Canadian Dollar.

The New Zealand Dollar's fall on November 24 following the Reserve Bank of New Zealand's decision to raise interest rates by 25 basis points serves as an reminder of how sensitive currencies belonging to 'hawkish' central banks can become to disappointment when expectations are already elevated.

"Our economists expect the first hike will be delivered in April, and even were the BoC to hike each quarter thereafter, it would leave things well short of the market’s current pricing," says Maher.

But strategists at JP Morgan are recommending to buy the Canadian Dollar, although they look for more vulnerable counterparts to make the trade.

"In G10, we enter some strategic CAD longs. We buy CAD vs. EUR as recent BoC commentary underscores that it is not done reassessing policy," says a global strategy note released by JP Morgan this week.

In October the BoC hastened the conclusion of its quantitative easing purchases, a signal that interest rate rises were far closer than perhaps previously anticipated.

This has driven demand for Canadian Dollars, as is typically expected when a central bank pivots in a 'hawkish' direction.

"This should reinforce ongoing and medium-term widening in CAD yields against low-yielders, and hence CAD outperformance," says JP Morgan.

The Euro is one of 2021's worst performing major currencies, falling against the majority of the G10.

A persistent expectation that the European Central Bank will be amongst the last to raise interest rates means it has very little by way of yield support.

Add to this a spike in Covid infections in Europe as the winter draws in has fuelled bearish sentiment towards the Eurozone's single currency.

BoC Deputy Governor Lawrence Schembri delivered a speech on November 16, and HSBC reckons it "had some dovish elements that might raise some nerves ahead of the December meeting".

Schembri said there remains uncertainty about when Canada's output gap will close and warned that we should not assume it will close in Q2 2022 as the economy "still has considerable excess capacity".

"It is possible the BoC does not want to sound too dovish as it may be comfortable with the idea that rates begin to move up in Q2 2022. But it may be less convinced of the market’s appetite for an aggressive pace of easing that extends into 2023," says Maher.

HSBC expects the USD/CAD exchange rate to move higher into year-end and are targeting "1.28 in the coming month".

The Pound to Canadian Dollar exchange rate is meanwhile seen to be turning more constructive over the near-term, according to Scotiabank.

Scotiabank FX analyst Shaun Osborne says the exchange rate has gained through steep trend resistance in the mid-1.68 zone and this has given the Pound a "positive jolt". 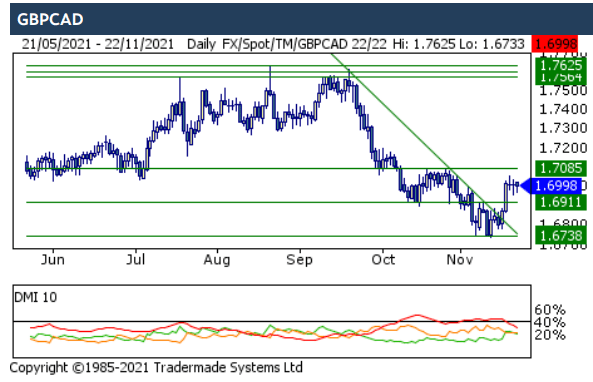 His studies show weekly price patterns to be carving out a bullish “morning star” signal, through the close of last week.

"We think the pound can push on to test 1.7085—which now figures as key resistance for the cross—in the next week or so," says Osborne.