Gains in the Canadian Dollar are unlikely to be as stellar as markets are expecting, says a recent report from MUFG Bank.

The forecast comes following the more aggressive approach to tackling inflation adopted by the Bank of Canada (BOC) at their meeting on Wednesday.

The Bank completely terminated their QE programme when markets had been expecting merely a cut from C$2bn per week to C$1bn.

This would normally be expected to translate into a surge for CAD. Such an aggressive approach implies the bank will probably raise interest rates more quickly than previously thought in the future.

This would normally be expected to be positive for CAD as higher interest rates are attractive to global investors, leading to increased demand for the currency in question.

According to MUFG, the reason for this muted response is that the OIS and bond markets overreacted, whereas the muted response of the FX market was a more accurate reflection of the actual outlook for inflation based on the data available.

“While CAD supportive, we are cautious over the short-term and some adjustment in the rates curve given the scale of the reaction yesterday could mean USD/CAD declines from here are limited.” Says Derek Halpenny, Head of Research Global Markets and EMEA at MUFG.

Halpenny further points to a lack of support from economic data for the higher inflation expectations reflected by OIS and bond markets. GDP data was revised down and revisions for CPI in 2022 were, “ still only marginally higher than before by the end of next year - 2.1% versus 2.0%.”

Interestingly, in the case of GBP/CAD, the less aggressive CAD forecast is reflected in price action. From a technical perspective the pair has hit a major trendline within a long-term sideways market. This is expected to provide tough support for the exchange rate and potentially provide a floor for a bounce. 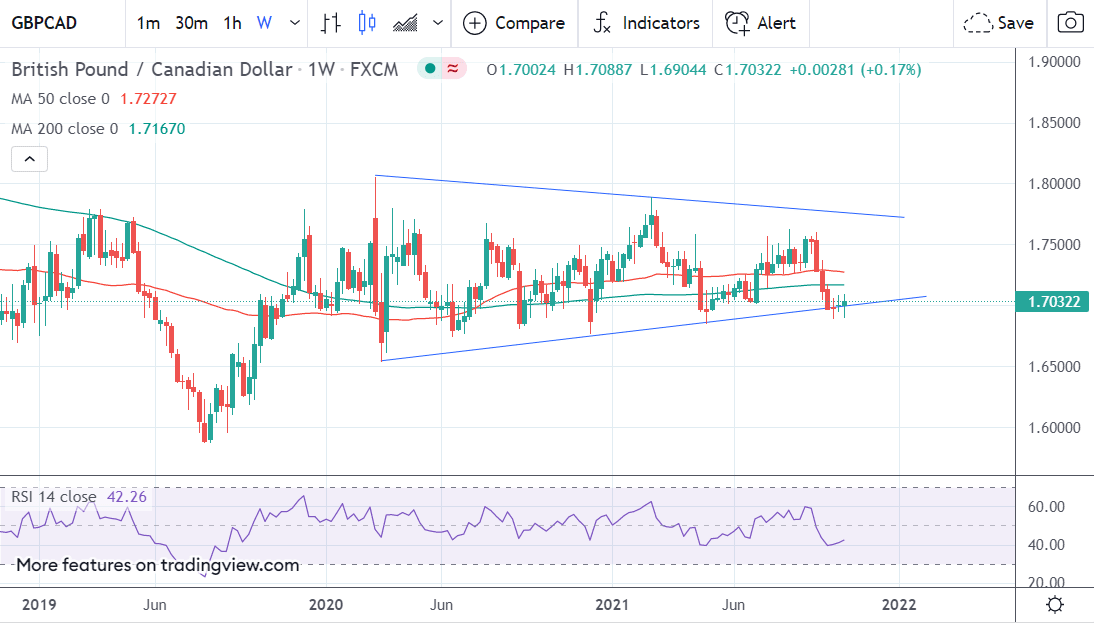 Whilst it is possible the pair may breakdown below the trendline and continue falling in line with increased CAD strength and GBP weakness the rising and converging RSI indicator on the daily chart introduces a note of caution for bears and the possibility of a bounce. 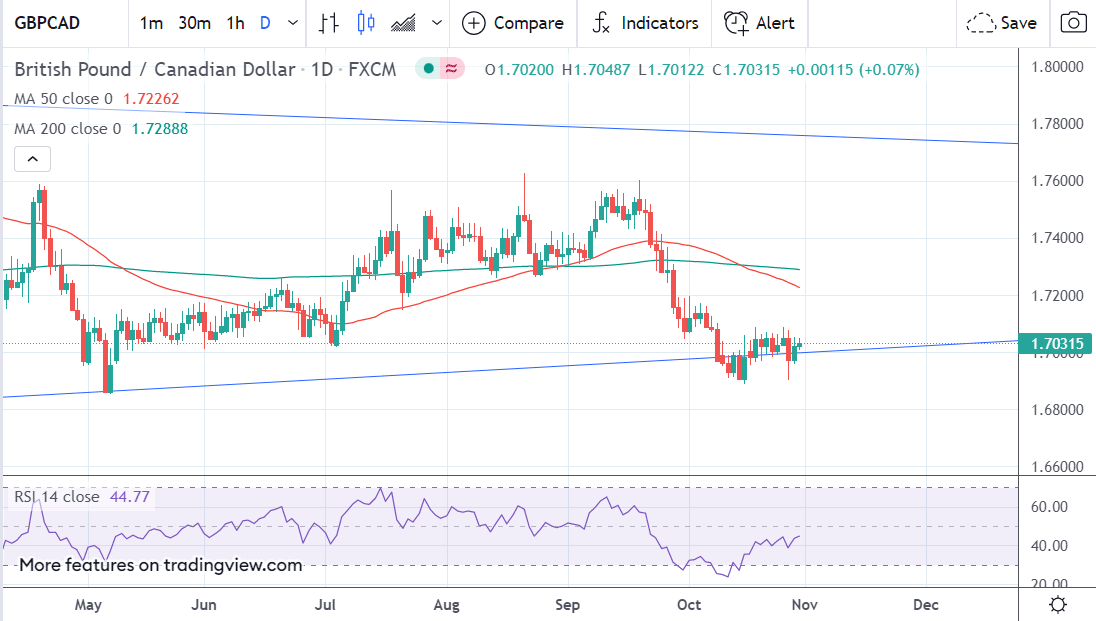 That said, the crossing of the 50-day MA below the 200-day MA, which traders call a death cross, is a significant bearish indicator - thus the charts are not giving a definitive view either way.

If CAD strength is limited as MUFG expects, much may depend on the outlook for the Pound for the pair, which recently lost ground on falling UK government bond yields.

This came after the government announced a cut in future government borrowing, which would reduce supply to bond markets, driving up bond prices but reducing yields.