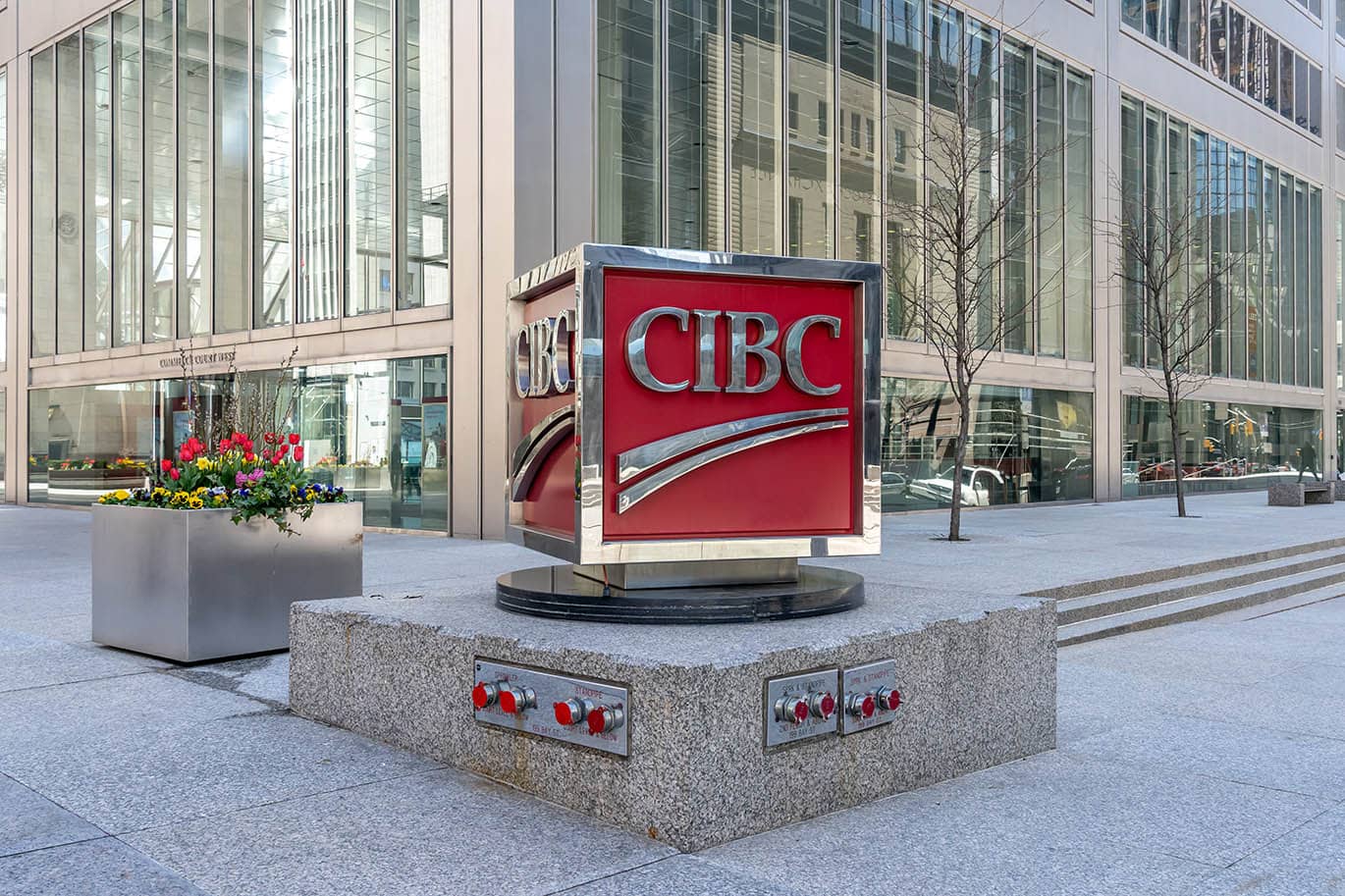 In a regular monthly exchange rate forecast update CIBC finds that the Bank of Canada will need to take its foot off the accelerator in its race to tighten monetary policy, thereby denying the currency a crucial avenue of support.

"The BoC will have to proceed with more caution in its 2023 tightening cycle given the increased sensitivity of highly indebted households to interest rate increases," says Katherine Judge, Senior Economist at CIBC Capital Markets.

The call comes towards the back end of what has been a year of outperformance for the Canadian currency which has risen against all its peers amidst a strong economic rebound and the Bank of Canada's decision to start whittling down its quantitative easing programme.

However, the Canadian Dollar's 2021 gain against the U.S. Dollar has rapidly dwindled over recent days amidst a surge in the broader Dollar that comes on the back of fears of slowing global economic growth, broken supply chains and an emergent energy crisis.

Gains for the Dollar are also driven by signs the Federal Reserve is increasingly concerned about inflation and is therefore moving towards ending its own quantitative easing programme before raising interest rates.

The USD/CAD exchange rate is at 1.2721 at the time of publication.

The Canadian currency has meanwhile extended its 2021 advance against the Pound to 1.80%, with the Pound-to-Canadian Dollar exchange rate quoted at 1.7097 at publication. 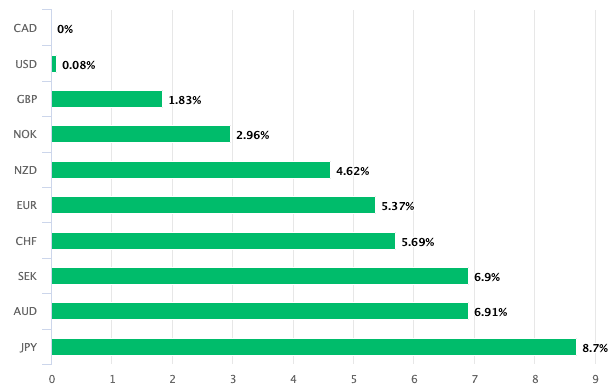 CIBC finds that although the Canadian Dollar is considered a 'commodity currency' by virtue of Canada's oil exports, the global energy crisis is unlikely to have a material impact.

"The loonie hasn’t gained any traction of late, despite the momentum seen in the price of oil and natural gas. Instead, a growing consensus for a sharper Federal Reserve QE tapering and subsequent rate hikes have provided an offset to the commodity price enthusiasm for the CAD," says Judge.

Instead, "the driving force for CAD in 2022 will be the greater degree to which the market raises its assumptions about Fed tightening relative to that for the Bank of Canada," says Judge.

On this count the Bank of Canada is likely to disappoint while the Fed is expected to prove more hawkish.

"While the BoC is likely to further taper its QE program in October, it will use that same meeting to push back its forecast for achieving a zero output gap into Q4 of 2022, and markets will begin to price in a lighter path for its policy rate as a result," says Judge. 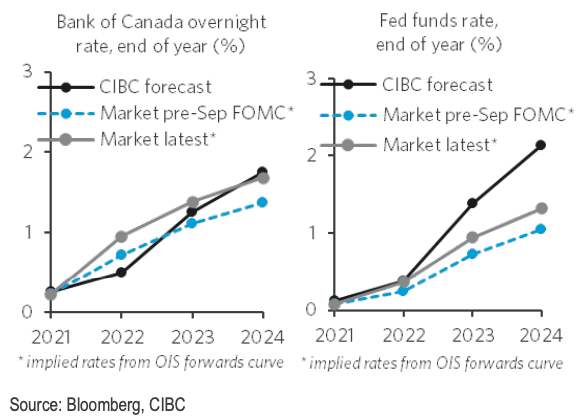 The Fed is expected to begin a rapid pace of tapering in November and CIBC say this will have investors upping medium-term projections for the fed funds rate, suggesting a weaker CAD in 2022.

The Bank of Canada is expected to ease back on its normalisation timeline given a slowdown in Canada's economic recovery.

CIBC's economists have lowered their Canadian economic forecasts saying the economy took a hit to growth in the second quarter due to supply chain issues and a slowing in home sales, leaving the economy even further away from achieving a positive output gap after suffering a larger retrenchment in activity at the start of the pandemic.

The impact of the Delta wave on activity is also taken into account and this is expected to have a bigger impact in Canada due to scarcer hospital beds as well as heightened exposure to international demand and supply chain issues for Canadian exporters.

Looking ahead, CIBC expect growth to be challenged by Canada's highly indebted households and a deterioration in Canada’s international position as the current account surplus swings back into deficit "as international travel returns and commodity prices level off, adding pressure to the loonie," says Judge.