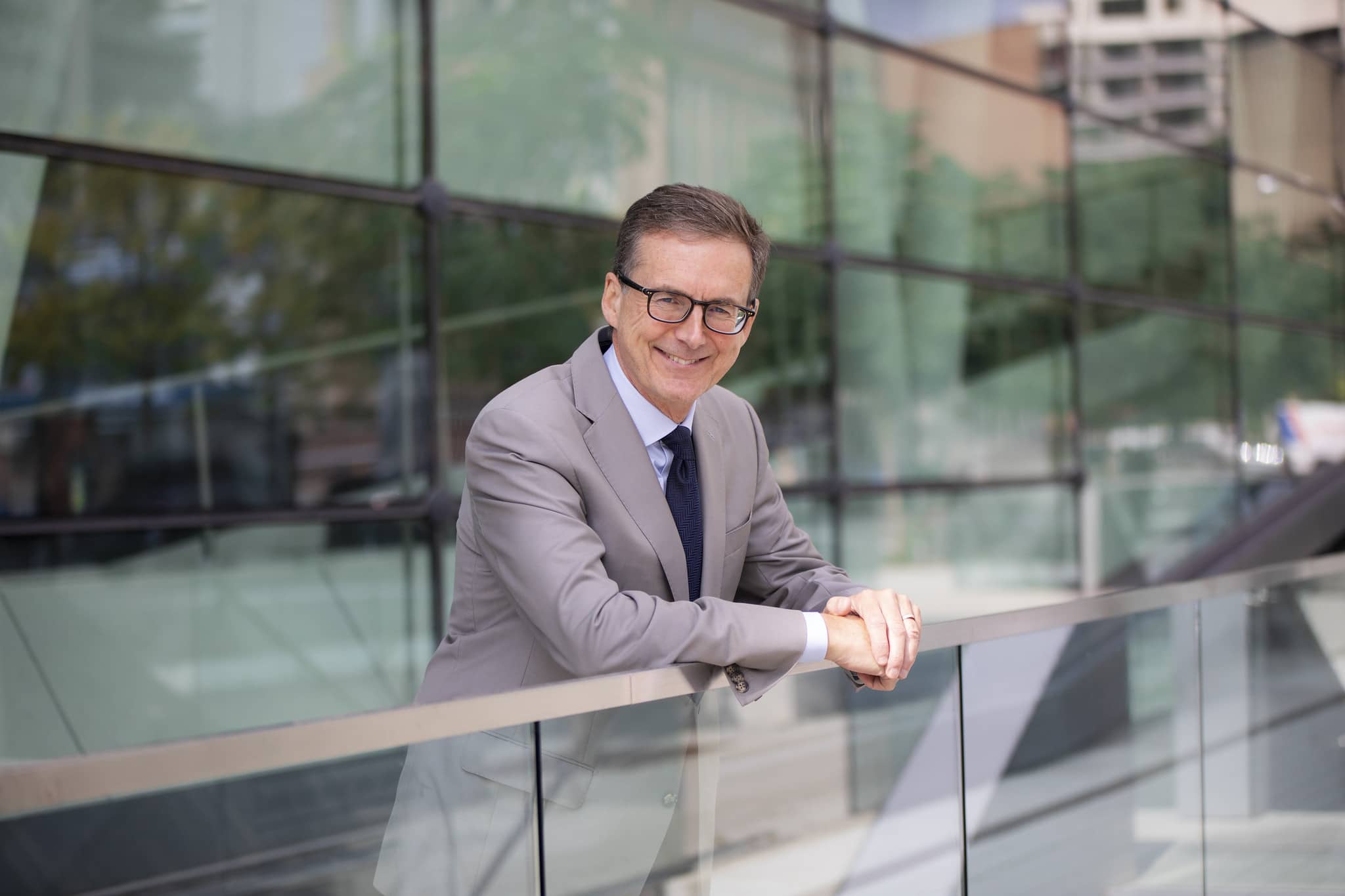 The Canadian Dollar remained a laggard among major currencies for the week on Friday even after rallying in the latter half when an optimistic Bank of Canada (BoC) left its interest rate unchanged following a decision that has further divided analyst opinion on the outlook for the Loonie.

Canada’s Loonie briefly returned to a multi-year high against the U.S. Dollar on Wednesday and undermined a now-recovered GBP/CAD when the BoC appeared to surprise the market with its decision to leave the cash rate at 0.25% and make no changes to its quantitative easing programme.

The Loonie had been cooling its heels ahead of the decision and in the wake of a strong start to the year as Governor Tiff Macklem’s earlier expression of concern about the impact that rising exchange rates could have on the economy’s recovery prospects hung in the air, encouraging anticipation of a more ‘dovish’ outcome this week. 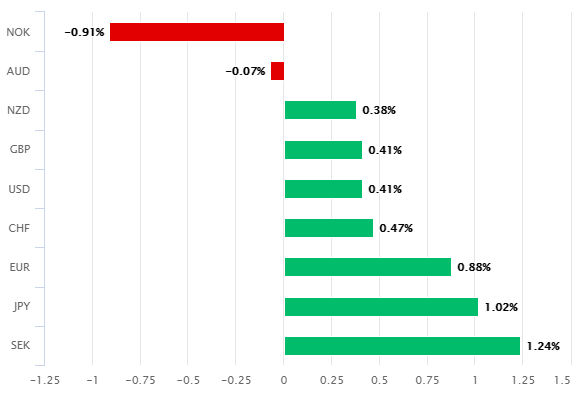 Above: Canadian Dollar performance against major currencies for 2021 year-to-date.

Since Wednesday investors' expectations for the BoC's interest rate this year have edged higher and the Canadian Dollar has attempted to stabilise, although prices in the overnight index swap market had previouosly implied that a cut to around 0.15% was likely some time in the first half of 2021.

But rather than cut rates the bank cited the earlier than anticipated rollout of coronavirus vaccines as grounds for optimism about the economic outlook, while acknowledging that renewed 'lockdown' in some parts of the country was posing as a short-term headwind.

“Cutting rates was one element of uncertainty that could curtail CAD appreciation going forward but the comments in the press conference suggest a reluctance to cut further, which could open up further out-performance over the short-term,” says Lee Hardman, a currency analyst at MUFG.

The BoC’s apparent ease with its current policy settings removes a barrier from the path of the Canadian Dollar and is a potential source of upside if widespread analyst expectations of an ongoing U.S. Dollar decline and rally in commodity currencies plays out over the coming months. 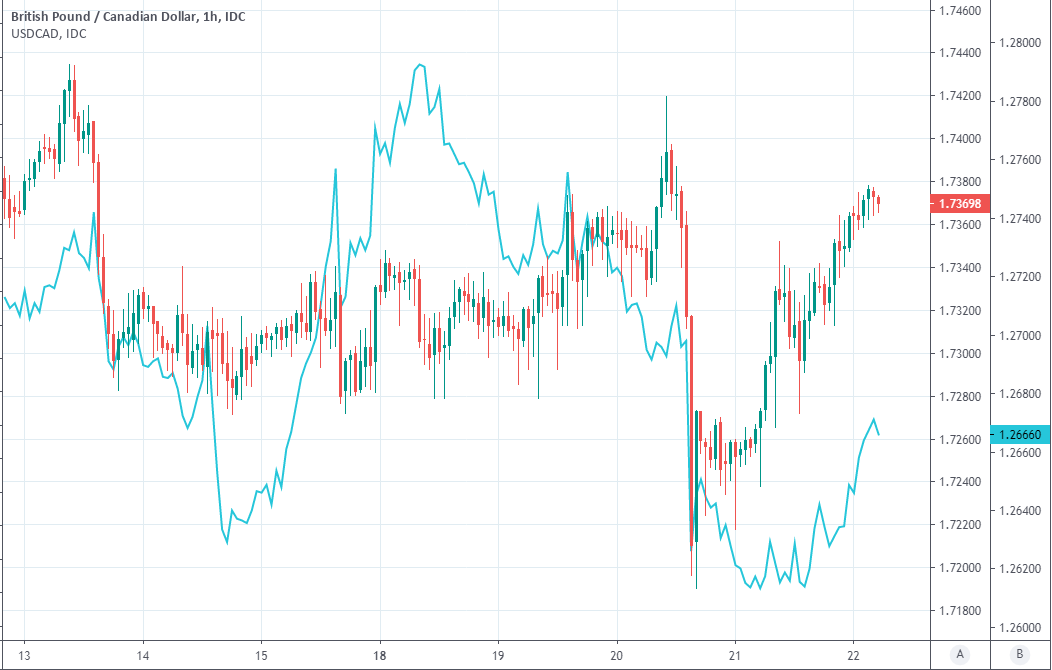 The consensus view for 2021 is supported by a broadening as well as quickening rollout of coronavirus vaccines across the developed world, which are expected to promote economic recoveries that lead risk assets and currencies to be favoured by investors.

“The underlying driver of AUD, NZD and CAD strength is that their central banks will not be able to keep policy rates at current levels in a global recovery. They’ll all tighten long before the Fed,” says Kit Juckes, chief FX strategist at Societe Generale.

The Canadian Dollar underperformed last year so may be a candidate for outperformance in 2021 even among commodity currencies, although equally there could be tight limits on the pace and extent to which it’s able to appreciate in light of the BoC’s ongoing concerns and lingering, implicit threat of action.

Governor Macklem’s remarks in the bank’s press conference underlined on Wednesday that exchange rates are increasingly a factor in the BoC’s thinking when saying that further appreciation of the Loonie would work against its efforts to promote a return of inflation toward its 2% target.

This is after saying in December that a stronger currency will disadvantage the export sector that it believes to have already been held back for years by the Canadian Dollar. The governor also sought to preemptively push back against any assumption that it wouldn’t cut the cash rate further if the economy was found in trouble again, keeping the implicit threat of a rate cut alive.

“Governor Macklem made it clear that significant policy accommodation would be needed for some time to come and that tapering would only occur when inflation moves “sustainably” towards 2%. That remains a long way off. With the CAD on the BoC’s radar, a policy move which would very likely drive the CAD even higher is out of the question. The CAD has steadied in the low 1.26s and may struggle to improve materially from here for now,” says Shaun Osborne, chief FX strategist at Scotiabank. 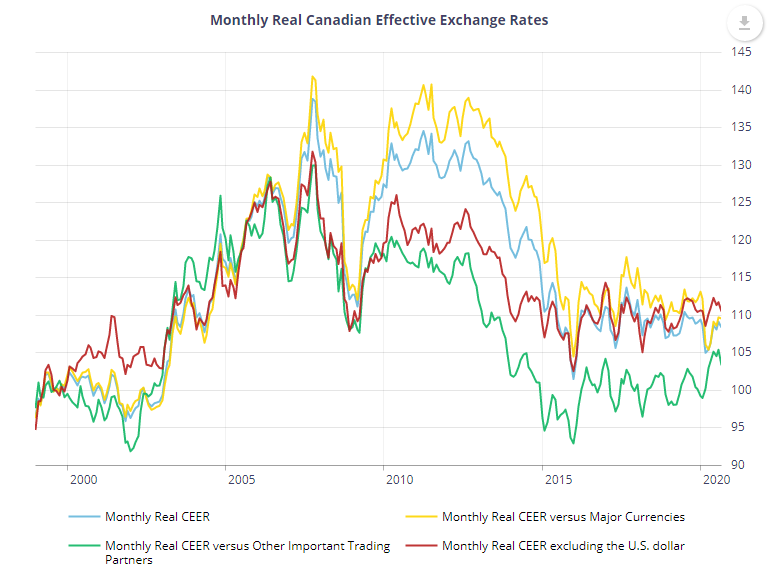 It’s this and the other policy options the BoC still has on the table that explain why some analysts say the Canadian Dollar may already have seen its best levels against the greenback and other currencies.

Scotiabank forecasts USD/CAD will recover to 1.30 over the first half of 2021 before declining back to 1.28 in time for year-end.

The "impact of a stronger currency," was one of the two foremost drivers that were cited by Macklem in December for a post-2008 underperformance of Canada's export sector, which left the broader economy overly reliant on debt-funded consumption by already highly leveraged households. But with shuttered services industries expected to wear scars for a while after the pandemic abates, the manufacturing industry has a larger than usual role to play in the forthcoming recovery, especially as higher debt burdens across the board likely mean a debt-financed and consumer led recovery will be less viable this time.

“The CAD is up slightly versus the USD so far this year, in contrast to most other majors, helped by a climb in crude prices alongside a less dovish BoC announcement than expected. But at 1.26, CAD is trading at a level that risks a headwind for the recovery in Canadian exports and business investment in export-oriented sectors, a view that the BoC shares,” says Avery Shenfeld, chief economist at CIBC Capital Markets. “At a future rate decision date, the BoC might try to reinforce its dovish stance, and signal it will hike later than the Fed, by announcing that it’s adopting average inflation targeting for 2022 and beyond. That could see the C$ give back some of its recent gains, although given our revised forecast towards a bit more weakness for the greenback against other majors, our new targets show a smaller loonie depreciation ahead.” 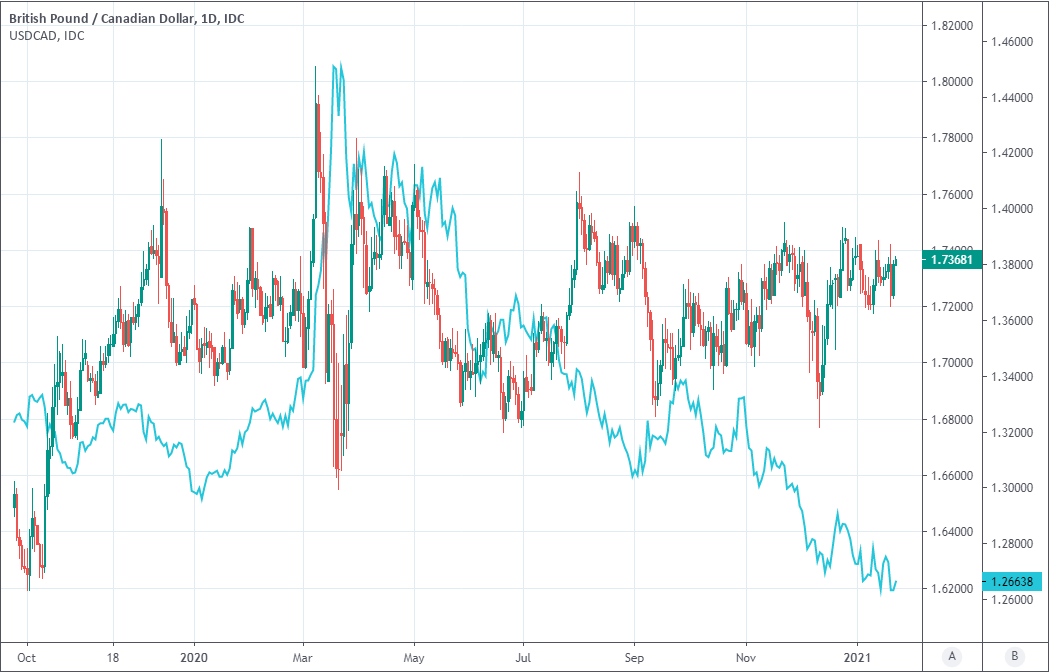 Risks to the inflation and export outlooks combined with the BoC’s need to provide ongoing support to other parts of Canada’s economy could mean that a change of policy at becomes inevitable sooner or later. But with little further downside left to the cash rate and its balance sheet already bloated with government bonds, the CIBC team sees the bank implementing a whole new policy later this year, one that sees Canadian rate setters following in the footsteps of the Federal Reserve across the border.

Chairman Jerome Powell announced at the Jackson Hole Symposium in August last year that the Fed would adopt a new strategy that is barely more than a simple commitment to not raise interest rates until inflation has spent as much time above its 2% target as it does below it in the current downturn.

The commitment is effectively a promise to wipe out the little that is left of inflation-adjusted American bond yields and has not only succeeded in already providing even lower ‘real rates’ to Americans but also in helping to sink the U.S. Dollar through much of the time since the Fed announced it.

This and an anticipated short-term recovery for the U.S. Dollar are why CIBC also forecasts that USD/CAD will return to 1.30 over the coming months, before rising further to end the year at 1.33. The GBP/CAD rate is forecast to rise to 1.76 by the end of March before climbing to 1.86 in time for year-end. 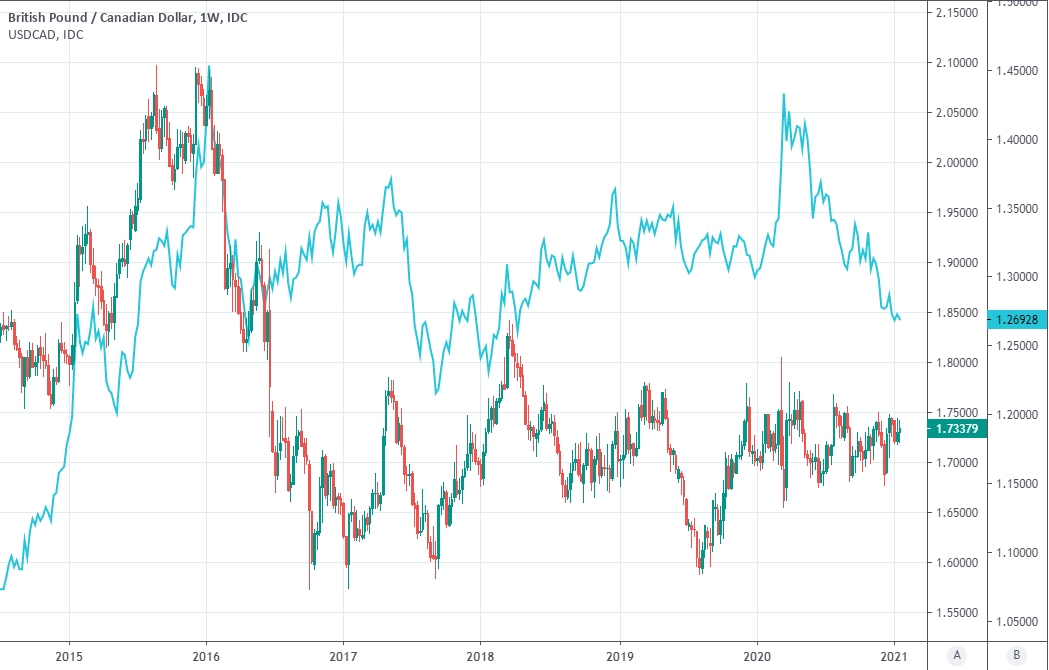