- AUD fundamentals remain attractive
- CAD to be held back by U.S. underperformance vs. rest of the world
- Technical studies suggest AUD/CAD can resume uptrend 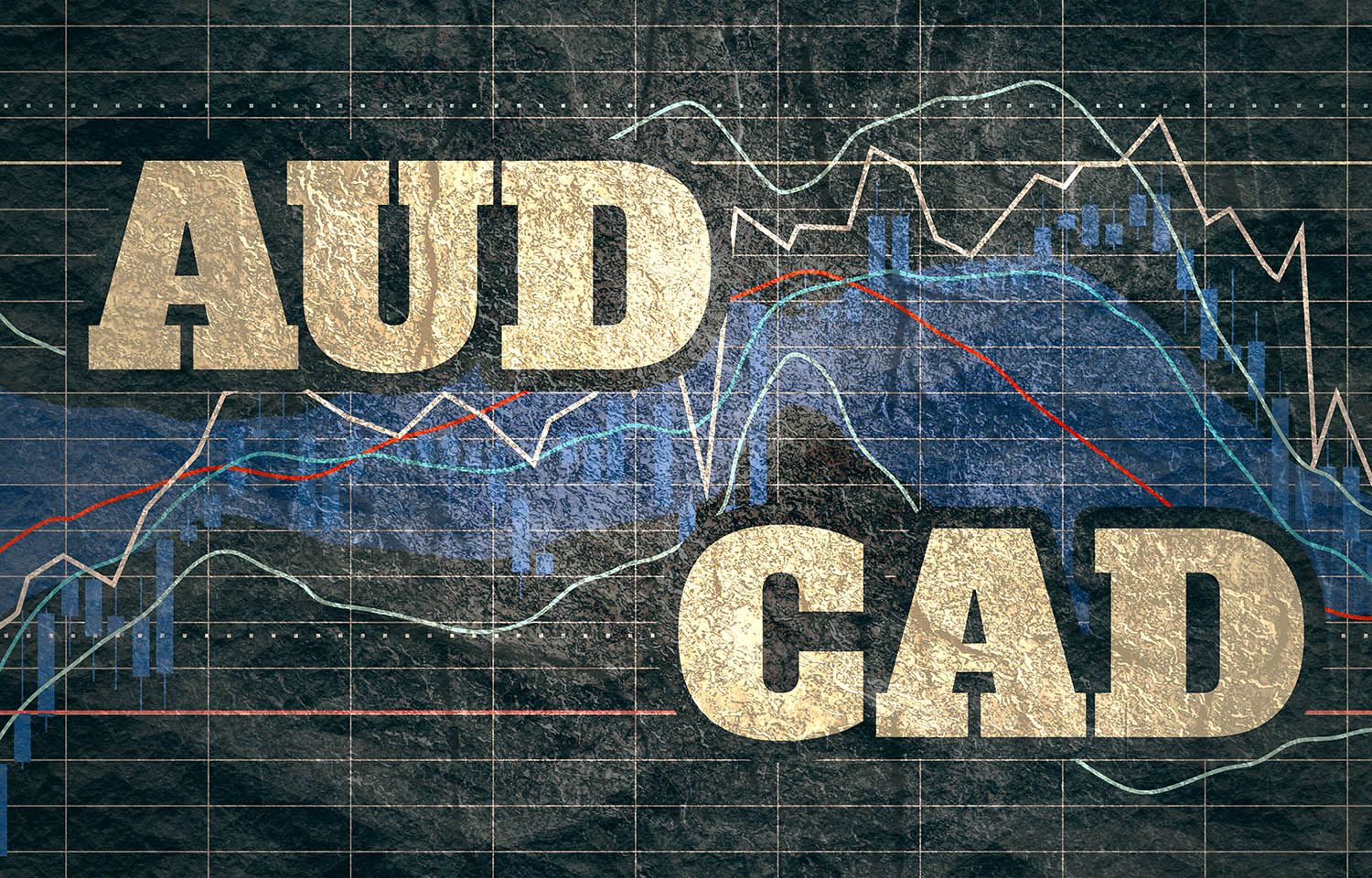 The Australian Dollar is being tipped to outperform peers with foreign exchange strategists saying Australian exports should benefit from an earlier rebound in resources demand and from having successfully contained the pandemic.

The Australian Dollar is the best performing major currency of the past month, having advanced against all its rivals in the G10 bracket, with a 3.70% gain being recorded against the U.S. Dollar, 3.23% against the Yen and 2.60% against the Pound.

But it is against the Canadian Dollar - against which AUD has registered a 2.60% gain over the past month - that has caught the attention of strategists looking for opportunities in the FX field.

The Australian Dollar and Canadian Dollar are both considered to be commodity currencies, in that they tend to outperform when global markets and commodity prices are rising. This stems from the fact that both Australia and Canada derive a great deal of foreign exchange from the selling of raw materials such as oil, natural gas, copper, iron ore and gold.

Therefore, there is little to differentiate between the two when looking to express a view on the merits of the global recovery story.

But for foreign exchange traders looking to diversify their exposure away from the binary 'risk on / risk off' play gripping financial markets, expressing a view on two financial assets that have similar drivers proves attractive.

"We are bullish the Australian Dollar and bearish the Canadian Dollar, relative to consensus," says Kit Juckes, Global Head of FX Strategy at Société Générale. "With a healthy fiscal position and balance of payments at the start of this year, Australia is well positioned to tackle the challenges arising from slower growth."

It is these fundamentals that mean the Australian Dollar is well positioned to advance against other peers during times of market positivity, and explains why it has outperformed since markets started recovering from the March coronacrisis market meltdown.

"It’s also in the right time zone," adds Juckes. "By contrast, Canada will be more vulnerable to dollar weakness and is, as a high-cost oil producer, in a challenging position unless we see a bigger bounce in oil prices than we forecast."

Soc Gen's strategist Oliver Korber has set up a trade that looks to take advantage of the Australian Dollar's expected superiority, saying:

"Australian exports should benefit from an earlier rebound in resources demand and from having successfully contained the pandemic. In contrast, the US is still struggling with the world’s highest number of cases, thus prolonging the drag on the Canadian and Mexican economies. Trading AUD vs CAD
captures asymmetries in growth rebounds, where East recovers faster than West."

Canada-based lender and investment bank RBC Capital Markets also take a view that the AUD should outperform the CAD, but their view rests on technical observations of the exchange rate's setup.

"AUD/CAD posted a bullish long-term trend reversal above 0.9026 on April 24," says George Davis, Chief Technical Strategist at RBC Capital Markets on June 24. "Prices have been consolidating above support at 0.9247 following a successful re-test of the breakout trendline in early May." 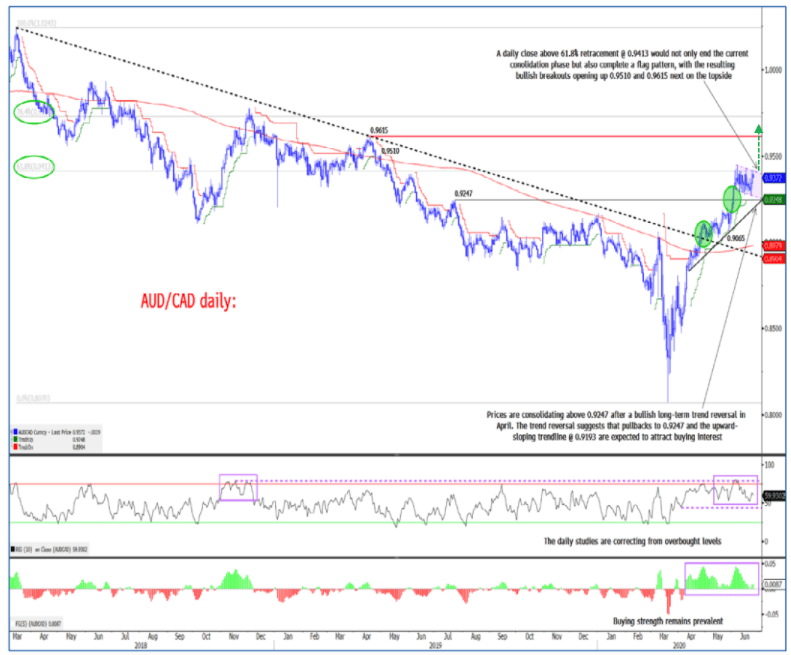 The Australian Dollar had been in recovery mode over recent weeks, but this had left strategists concerned that the rally had now become overbought.

However, recent consolidation in the pair has unwound these overbought conditions, suggesting a resumption of the trend is beckoning once more.