-CAD back at 2015 lows against USD amid rout in risk assets.

-But 2003 lows beckon after breach of resistance in USD/CAD.

-CAD firmer after Gov support for companies and households.

The Canadian Dollar was firmer Thursday as investors cheered actions by the government and central bank cavalry that calmed flighty markets overnight but the currency could yet still fall to levels not seen since after the turn of the new millennium over the coming weeks, according to some analysts.

Canada’s Dollar firmed in the overnight session as markets digested a wave of government and central bank actions designed to support companies and households within coronavirus affected economies, including a C$27bn spending package from the Canadian government and a C$55bn set of  tax reliefs designed to improve liquidity in the private sector. Those measures were announced as the U.S. senate passed a similar coronavirus package and came ahead of further monetary measures taken by the Reserve Bank of Australia and the European Central Bank, among others.

Meanwhile, the Bank of Canada (BoC) said “we stand ready to provide all the liquidity,” while shying away from a commitment to cut interest rates before the April 15 meeting. Analysts have previously speculated that the BoC might become reluctant to cut rates further if the Canadian Dollar undergoes a steep devaluation, which has since played out and could be playing a role in keeping the BoC’s fingers off the rate cut trigger. Pricing in the overnight-index-swap market implies an April 15 cash rate of 0.31%, indicating a 75% market-implied probability of a 50 basis point rate cut by then so if the BoC neglects to further reduce borrowing costs it could support the Canadian Dollar.

“We see more downside for copper and oil as various supply and demand shocks usher in a recession, but we remain optimistic on gold,” says George Davis, chief technical strategist at RBC Capital Markets. “The washout in WTI has crushed CAD, with breaks above a number of key long-term levels pointing to more upside in USD/CAD. Could the 1.5000 threshold be calling?” 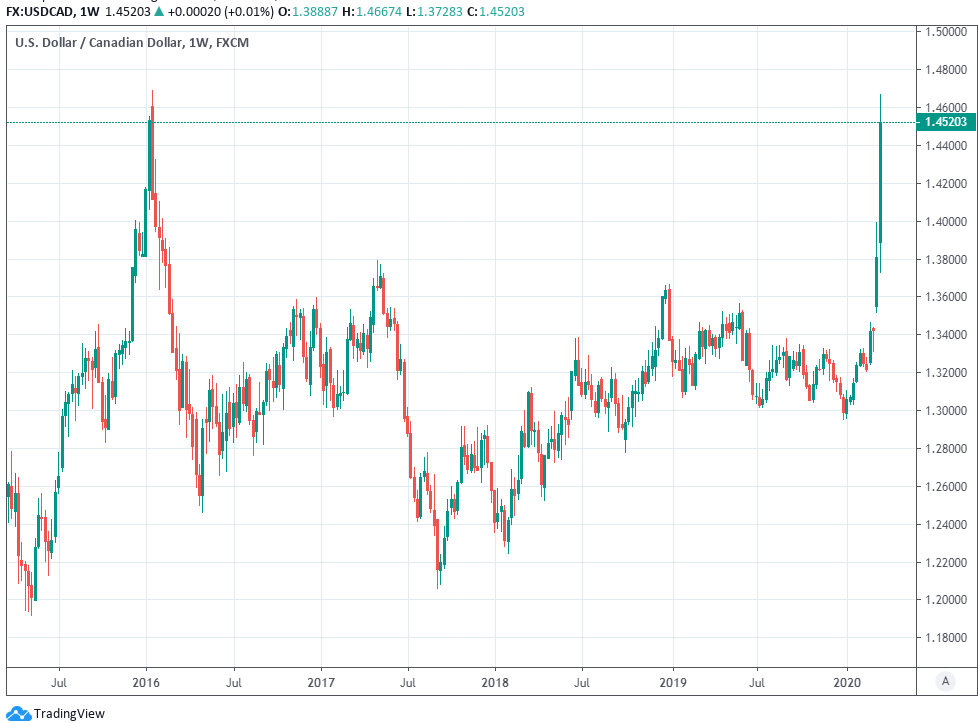 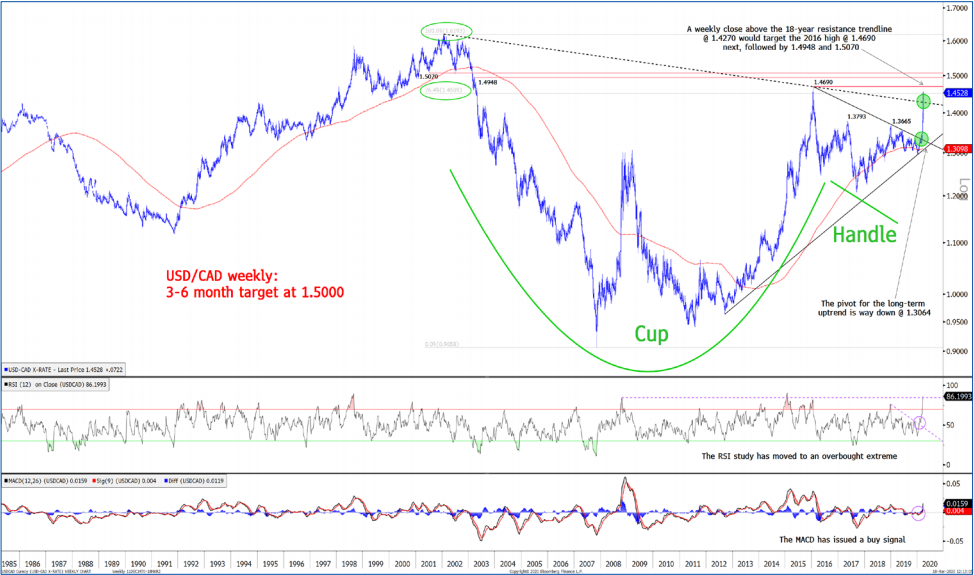 “The government referred to today's announcement as "phase one" their COVID response, so hopefully more stimulus will be coming shortly,” says Andrew Kelvin, chief Canada strategist at TD Securities. “The Governor tried to dull expectations for another intermeeting cut, stating that he would like to have the benefit of a full forecast round before moving interest rates again (though he didn't rule it out). We look for the Bank to cut by 50 bps next month.”

Canadian support for the economy came amid a sell-off that put simultaneous pressure on risk assets like stocks as well as traditional safe-haven assets like government bonds. Investors piled into two-year Treasuries this week but sold safe-haven 10-year bonds as well as stocks, oil and just about every European currency out there, leading 10-year yields to rise as much as 50% on Wednesday even as the continent's stock markets collapsed. 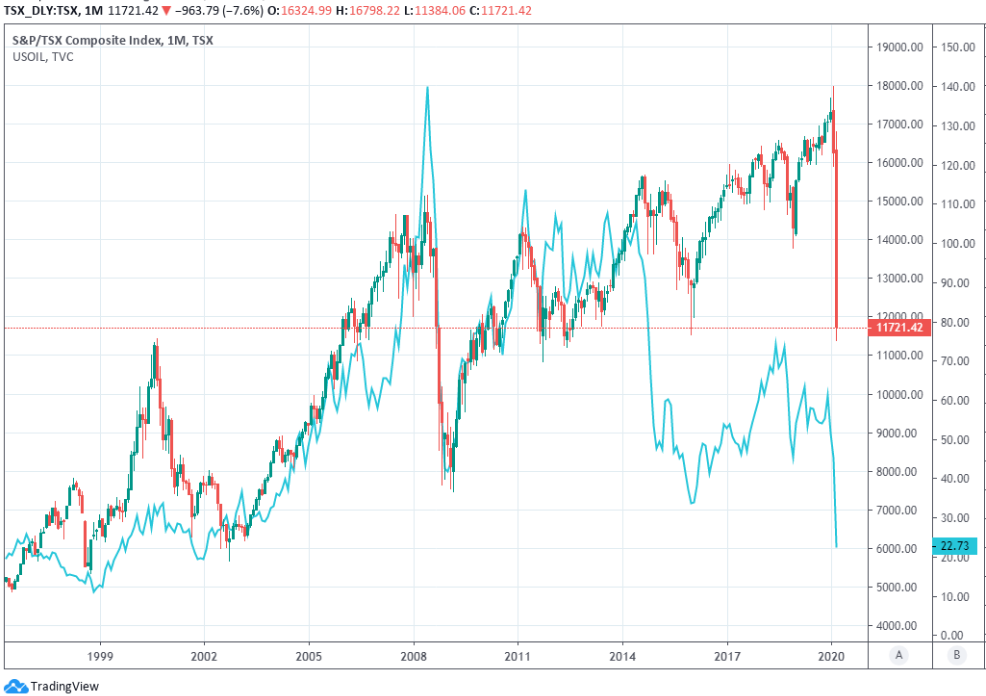 Investors have liquidated portfolios in a manner rarely if-ever seen in modern times amid a global rotation from risk and other financial markets back into cash. Panic in markets is benefitting U.S. bonds and the Dollar to the detriment of all others, with many non-U.S. bond markets seeing outflows. UK and some European 10-year yields were up by as much as 50% on Wednesday.

“Broader USD strength, weaker energy prices and overall risk aversion count against the CAD in a major way. Order books indicate there is just no appetite to stand in the way of this move higher at this point, with markets essentially driven by fear and emotion,” says Shaun Osborne, chief FX strategist at Scotiabank.  “The USD retains a firm technical undertone; as we have noted previously, the underlying trend higher in funds remains deeply-entrenched on the short, medium and longer term charts. This implies only shallow and short-lived counter-trend corrections at this point. We think initial support is 1.4250/75.”

Meanwhile, the Pound-to-Canadian Dollar rate has crashed through the 1.70 level that had previously acted as solid technical support through much of 2020 this Wednesday as Sterling plummeted to its lowest level since 1985 against the U.S. Dollar. It was stabilising around the 61.8% retracement of the August 2019 uptrend Thursday although the future path trodden by the Pound-to-Canadian Dollar rate will be determined by the relative pace of decline in GBP/USD set against the pace of increase in USD/CAD. 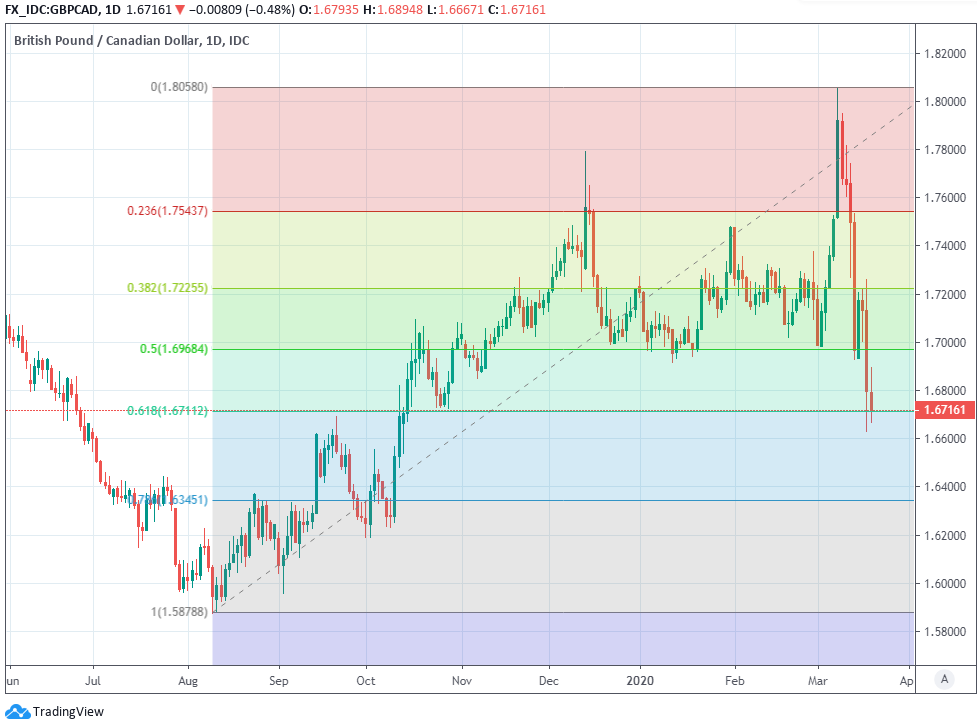 “While there are many casualties, the pound has been hit hard. It’s fallen from $1.31 a week ago to a 35-year low of $1.15. The UK Government’s relatively laissez-faire approach to “social distancing” and the risk of the UK leaving the Brexit transition period without a trade deal at the end of the year may be contributing factors. But the UK’s 5% of GDP current account deficit, which was funded previously by inflows of investment into stocks and bonds that have now dried up, is surely the most important factor. It suggests that the fall in the pound won’t be reversed until investors are much happier,” says Paul Dales, chief UK economist at Capital Economics. 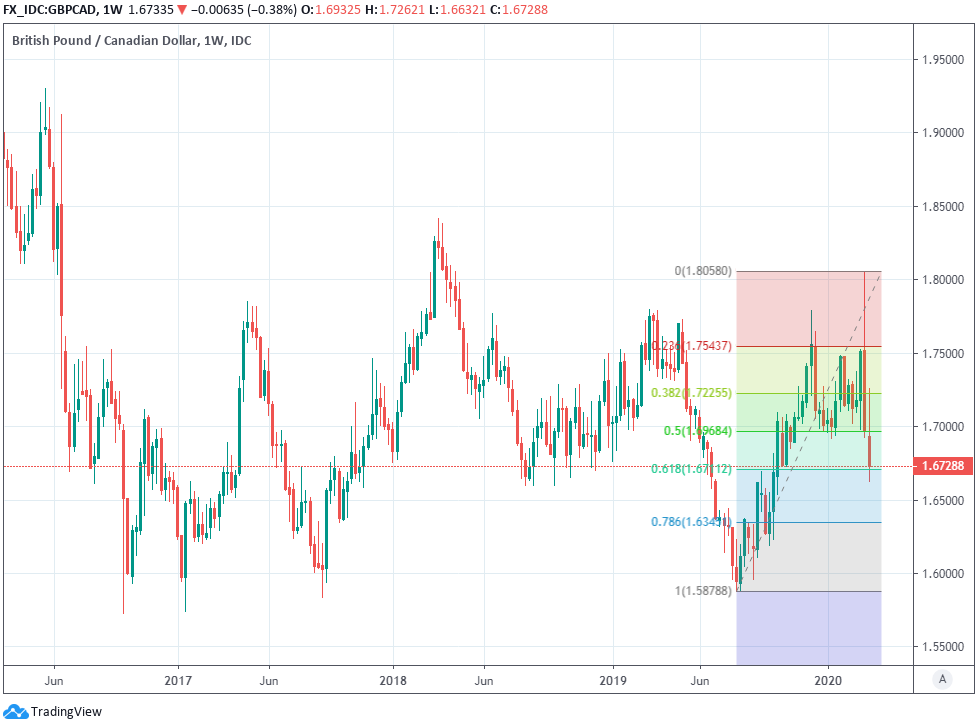