"Volatility (especially to the downside) is historically bad news for the Aussie, given the Australian economy’s sensitivity to global growth and investor risk appetite” - Westpac.

The Australian Dollar rose during early trading in London Monday on renewed bids for the currency after US stock markets appeared to have stabilised during the Friday session.

New York's S&P 500 was up 1.49% by the close Friday despite having fallen by more than 3% earlier in the session, while the Dow finished 0.70% higher after having dropped by around 500 points during the early noon session.

However, the new week begins with steep losses for European benchmarks and many of the trip wires that drove last week’s sell off in New York are set to remain a fact of life for some time to come.

This could suggest more pain is in store for the Aussie Dollar given sensitivity to global growth and its vulnerability to changes in risk appetite among investors.

“Wages growth picked up in January, pointing to higher inflation ahead. Moreover, looser fiscal policy – both the tax cut package and last week’s agreement to increase spending and suspend the debt ceiling – suggest higher yields to come,” says Sean Callow, head of G10 FX strategy at Westpac. “If this is indeed what has been upsetting equity markets, then it is a story that will persist for quite some time, a potential cap on the Aussie dollar.”

Financial market volatility came back with a bang in February following more than a year of relatively benign trading conditions, after investors were forced to consider whether they have been too complacent about the outlook for inflation and interest rates.

This came after the January jobs report from the US showed wages and jobs growth both increasing strongly during the month, leading some observers to float the idea that the Federal Reserve may be less patient about raising rates in 2018 than it has in prior years.

January’s jobs numbers and subsequent fears over inflation and interest rates sent stock markets tumbling and the VIX index, which is a measure of volatility on the S&P 500, surging by more than 150% in a single session. This was the largest single day rise on record for the VIX index.

“Such volatility (especially to the downside) is historically bad news for the Aussie, given the Australian economy’s sensitivity to global growth and investor risk appetite,” says Callow.

Australia’s Dollar has fallen by 1.4% against the US Dollar in the last week alone and is now broadly unchanged against the greenback for the 2018 year to date. But it rose 0.01% to 0.7817 during early trading Monday. 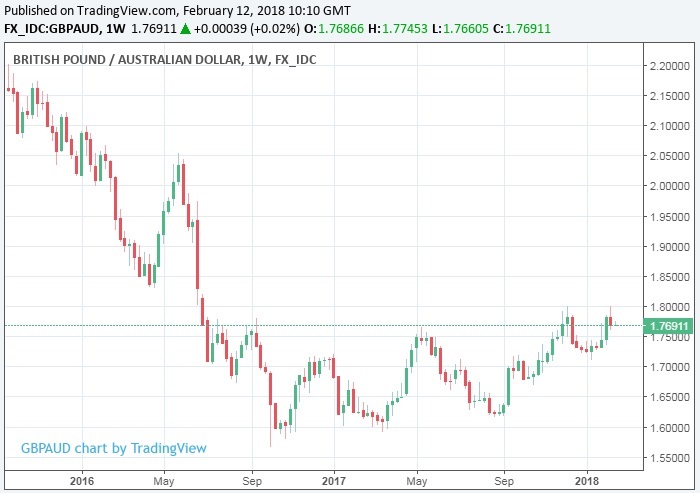 "With stock markets stabilising, some traders may have put their carry trades back on," notes Marshall Gittler, chief strategist at ACLS Global. "AUD was the best-performing currency since Friday morning. It rose gradually during the US day Friday and continued to rise this morning. One of the main reasons for the sell-off was the unwind of carry trades, which is the usual pattern during bouts of high volatility. That had been pushing AUD lower, as it’s one of the main currencies to buy in a carry trade, owing to its having the second-highest interest rates in the G10."

Carry traders borrow in currencies that have low interest rates attached to them, such as Euros for instance, and then sell the borrowed currency to buy Australian Dollars. The trade wins when interest received from the Australian Dollars bought is more than the interest paid for the Euros borrowed.

Australia’s currency is a popular one among carry traders given Australia's high interest rates relative to those of the rest of the world. However, when markets turn volatile - as has been the case over the past week - the reliability and potential profitability of the carry trade is put into question.

Furthermore, there are concerns as to what financial market volatility might mean for the Reserve Bank of Australia's policy on interest rates; recall the Australian Dollar does tend to outperform as expectations for higher interest rates increase.

“Market pricing for the RBA to lift its cash rate from 1.5% by Dec 2018 started to fade in late January on the soft Q4 inflation data and continued last week amid the equity gyrations, down to a 60% chance,” says Westpac’s Callow.

“Westpac is sticking to its long-held view of no change in 2018, with some other forecasters now joining us.”

As if continued stock market volatility were not enough of a blight for the Aussie Dollar to contend with in the months ahead, the currency could also see itself pushed onto the back foot from by the evolution of global monetary policy too.

With the Federal Reserve, Bank of Canada and Bank of England all in the midst of interest rate hiking cycles and the Reserve Bank of Australia expected to stand still for at least the next few quarters, the interest rate premium traditionally offered to investors holding Aussie assets is in danger of shrinking.

This will have important implications for currency valuation models and could undermine the carry trade later in the year, which is an important source of support for the Australian Dollar.

The Pound to Australian Dollar exchange rate opened the new week with losses that have pushed it back toward 2022 lows amid a tentative outperformance by the antipodean currency that could see GBP/AUD struggling to extend its Tuesday rebound once back near to the 1.75 level.

Pound to Australian Dollar Recovery Could Fade Without Boost from BoE

The Pound to Australian Dollar exchange rate has further reversed its July decline during the opening days of August but could struggle to advance much beyond the nearby 1.76 level in the absence of an additional boost from the Bank of England (BoE) this Thursday. 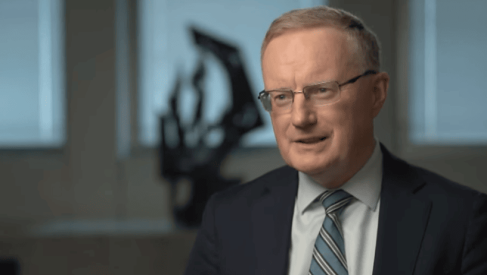 The RBA raised interest rates by 50 basis points to 1.85%, as expected, but the Australian Dollar fell back on signs future hikes would be less aggressive.