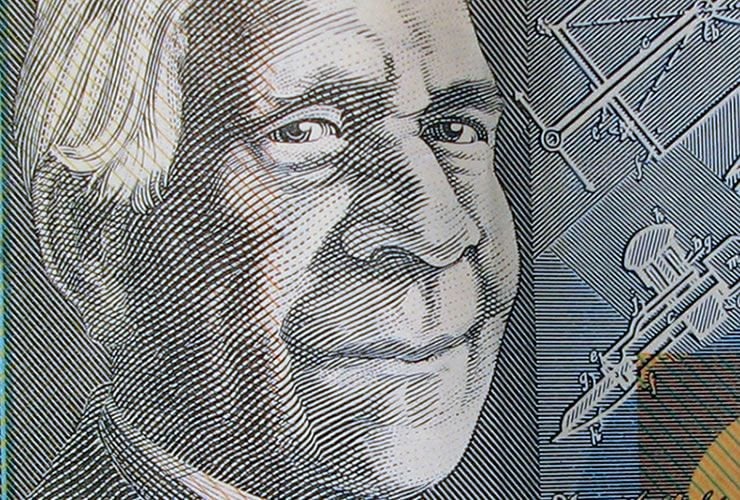 The Australian Dollar has fallen after the RBA indicated it is concerned about the currency's strength but the longer-term picture is certainly brighter.

The Australian Dollar is under pressure during early trading in London Tuesday after the latest Reserve Bank of Australia policy statement failed to provide new ammunition to interest rate hawks or new impetus to those bullish on the currency.

Australia’s central bank did as it was widely expected to do and left the cash rate unchanged for the 14th month in a row on Tuesday.

In a statement accompanying the decision, policymakers expressed concern with the value of the Australian Dollar and its potential impact on future inflation which appears to have dented the currency's short-term performance.

“The policy statement brought no new information, but repeats that a stronger Aussie dollar weighs on inflation, growth and employment,” says Piet Lammens at KBC Markets.

Nevertheless, damage to the currency is likely to remain limited as there are longer-term positives to acknowledge and analysts believe it is only a matter of time before the RBA enters an AUD-supportive cycle of interest rate hikes.

In its statement the RBA noted further improvement in the non-mining investment environment, which has positive connotations for the economy, but sought to play down a recent pickup in the labour market.

“The various forward-looking indicators point to solid growth in employment over the period ahead, although the unemployment rate is expected to decline only gradually over the next couple of years,” governor Philip Lowe says in his statement.

“Today’s statement suggests a Reserve Bank remaining content to leave rates unchanged for some time. While the RBA is becoming increasingly more positive on the domestic outlook, there are a range of factors that remain a concern or the RBA,” says Janu Chan, senior economist at St George Bank. “We continue to expect the RBA to leave the cash rate on hold at 1.50% this year and into next year.”

Traders and other currency-watchers should look to RBA governor Philip Lowe’s September 21st speech for an indication of how policy communication is likely to sound over the near term.

“A rise in global interest rates has no automatic implications for us here in Australia,” Lowe told an audience at the American Chamber of Commerce in Perth in late September, noting that such a global increase in rates would only filter through to the Australian economy over the medium-longer term.

Lowe said Australia’s flexible exchange rate would give the bank considerable independence as to when it eventually hikes rates, in a nod to the Aussie Dollar’s influence over inflation.

“The time for the RBA to turn hawkish will likely come towards the end of this year and into early next year,” says Bipan Rai, a macro strategist at CIBC Capital Markets.

Rai notes similarities between the Australian economy and central bank and those of Canada. The Bank of Canada has recently begun to withdraw the stimulus it provided to the Canadian economy, in the form of rate cuts, during the oil price collapse. This was after oil prices began to recover and momentum built behind the domestic economy.

Australia is in a similar position in that the economy has now moved past the point where the resource bust posed a headwind to growth. The labour market is recovering and inflation expectations are now trending higher.

“At this point in the economic cycle global central bank policy is focused on shifting away from deflation concerns rather than towards inflationary concerns,” Rai wrote in a note to clients. “That alone implies that the amount of extreme accommodation looks out of place going forward. That applies to Australia, as the RBA eased in response to the collapse in mining investment in the past few years.”

The Australian Dollar has gained strongly against the G10 basket during the course of 2017, rising more than 8% against the Dollar and nearly 5% on the Japanese Yen. It has added a less impressive 0.80% on Sterling, after the British currency rebounded during September.

The Pound-to-Australian-Dollar rate gained 0.15% during morning trading Tuesday, for bids and offers to be accepted around the 1.6981 level. The AUD/USD pair was quoted at 0.7812, down 0.16% on the session. 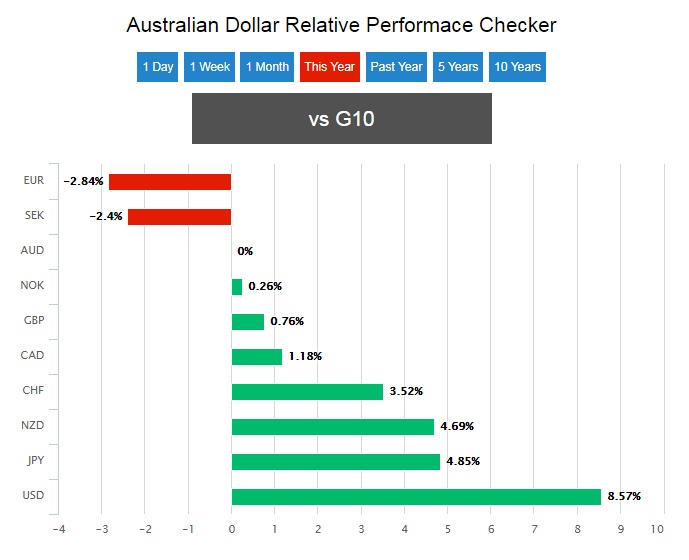 Household Debt and China Are A Concern

RBA governor Lowe has flagged on repeated occasions the need to take into account household debt levels, which are at a record high, in the monetary policy debate.

“We see the RBA tightening by 50bp in 2018. This would reverse the rate cuts of 2016 and take the real cash back to zero,” wrote David Plank, head of Australian economics at ANZ in a recent note. “After these hikes we see the Bank sitting pat in 2019 as highly indebted households digest the impact of higher rates.”

With wages having grown at a lacklustre pace during recent years, any sudden or premature increase of interest rates risks derailing the economy if it proves too much for debt laden households to withstand.

In addition to risks around household debt levels, the Australian economy is among the most exposed to swings in raw materials prices, particularly those of iron ore - a key export.

“The correction in iron ore prices is well under way now as speculative money moves out and as fundamentals weaken in the face of oversupply and winter restrictions on Chinese steel mills that will hurt ore demand,” UniCredit strategists wrote in a note last week.

The price of iron ore futures has fallen by some 25% since the end of August as Chinese authorities have implemented a series of winter restrictions in the steel industry in order to improve air quality, while fears of a broaders slowdown in Chinese resource consumption persist.

Combined with the efforts in Zhengzhou to slow aggregate demand and the impact from a reduced credit impulse, a slowing housing market and less expansionary fiscal policy, this could mean that commodity prices, in particular metal prices, are facing a more uncertain outlook than we and the marked have previously envisaged,” says Ole Kjennerud, a strategist at DNB Markets.

The combination of renewing concerns over the outlook for raw materials prices and rising debt levels among Australian consumers could easily lead to a situation, in the coming months, where markets begin to abandon any ideas of an interest rate hike coming from the RBA any time soon.