The Australian Dollar looks to be the best performing currency of the past week, a performance that defies the long-standing logic that this antipodean currency should underperform when global equity markets are falling and risk aversion amongst investors are high.

Pound Sterling Live published an article detailing analyst findings that tensions in Eastern Europe could in fact be a benefit for the Australian Dollar via the terms of trade route.

We reported analyst findings that sanctions on Russia would materially impact the kind of Russian commodity exports that Australia shares. 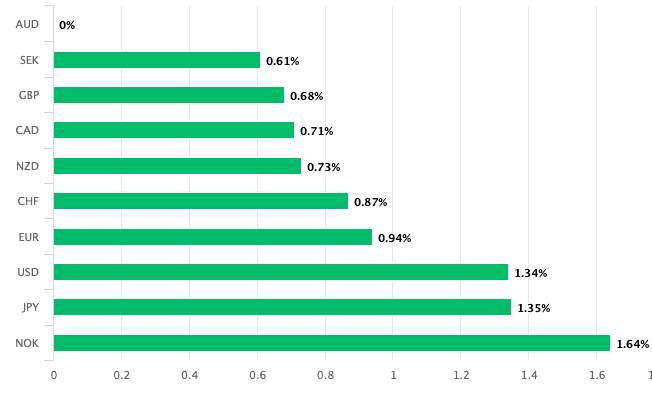 Above: AUD is this week's best performing G10 currency.

In effect, where Russia loses Australia stands to gain.

"More important for the AUD and the Australian rates market at the moment are Russian-US tensions over Ukraine. If Russia were to invade Ukraine, G7 sanctions on Russian exports would soon follow," says Valentin Marinov, Head of G10 FX Strategy at Crédit Agricole.

Marinov says such sanctions would have a negative impact on the supply of several commodities in global markets as Russia is the world’s biggest exporter of natural gas, and the second-largest exporter of oil.

Australia "would see a large and positive terms of trade shock from western-led sanctions against Russian exports," he adds.

"Russia is not only a major oil & gas exporter but also exports a lot of minerals, including a lot of iron. If other countries decide to penalise Russia with sanctions it’s going to push up the price of goods that Australia exports," says Marshall Gittler, Head of Investment Research at BDSwiss Holding Ltd.

"Fighting in Ukraine might well be beneficial for AUD as long as it doesn’t impinge on the Chinese housing market," he adds.

This thesis remains intact at the weekend given there is no clarity and certainty as to what Russia will do next: an invasion of Ukraine looks to be imminent according to Western capitals, but at the same time it appears Russia remains willing to negotiate. 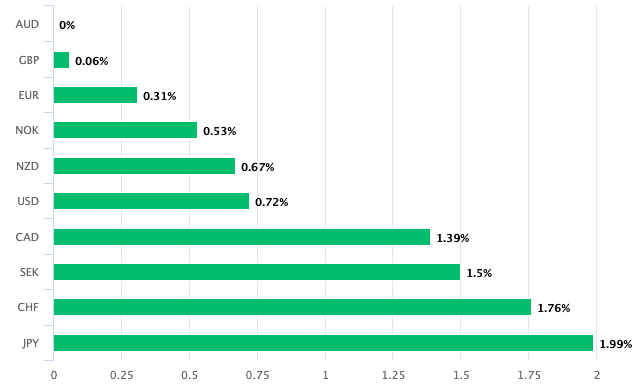 Above: AUD is also the best performing G10 over the past month.

The Australian Dollar's high beta characteristics - i.e. the rule that the currency should have a positive correlation with global equity markets - has certainly reduced.

A caveat: the high beta status appears to have reduced when the source of global investor anxieties emanates from Eastern Europe.

Were global growth concerns to emanate from elsewhere then the high beta characteristics of the Aussie would likely reassert.

With this in mind, the situation in Ukraine remains febrile and the Australian Dollar's traditional relationship with risk breaking down, calling the near-term direction in the currency is understandably difficult. 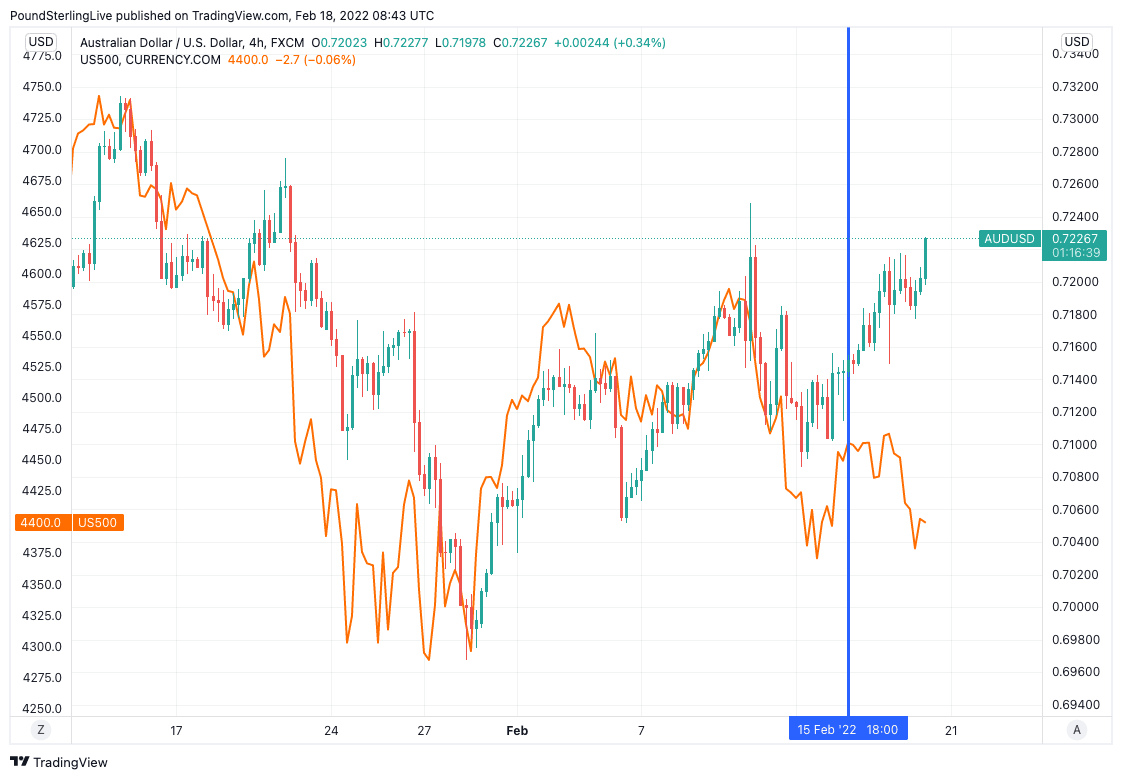 Above: The approximate point at which the AUD's positive correlation with risk (via the S&P 500) breaks down.