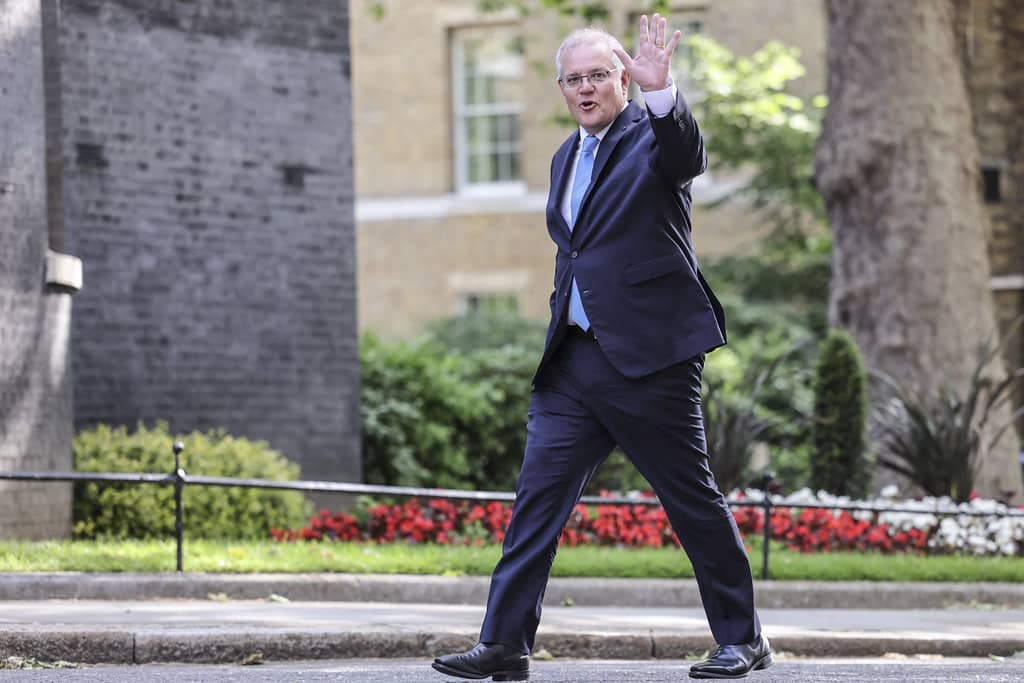 Australian Prime Minister Scott Morrison said on Thursday that the country was now in then home stretch of the Covid-19 pandemic and that a full reopening was in sight.

"We're on the home stretch, and we’re moving towards that line, and then we need to keep going beyond it," Morrison said.

New South Wales is now set to reopen on October 11 as the state has reached its 70% vaccination target.

Morrison said Australia had now administered 30M doses and he believed a much higher vaccination rate could be achieved than the 70 and 80% that has been set out in the national plan.

Expectations for Australian economic growth to rebound in the final quarter of 2021 increased after it was indicated that restrictions in New South Wales and Victoria would ease as key vaccine thresholds were achieved in October.

On balance, raising growth forecasts in response to anticipated reopenings constitutes a supportive domestic development for the Australian Dollar.

But, Shahab Jalinoos, Global Head of FX Strategy at Credit Suisse says the reopening could in fact already be incorporated into existing Australian Dollar valuations.

"We see limited scope for AUD to continue to benefit from the lifting of existing stay-at-home orders," says Jalinoos in a regular currency research briefing.

Credit Suisse observe economists to be raising their forecasts for Australian economic growth in response to expectations for a "grand reopening". 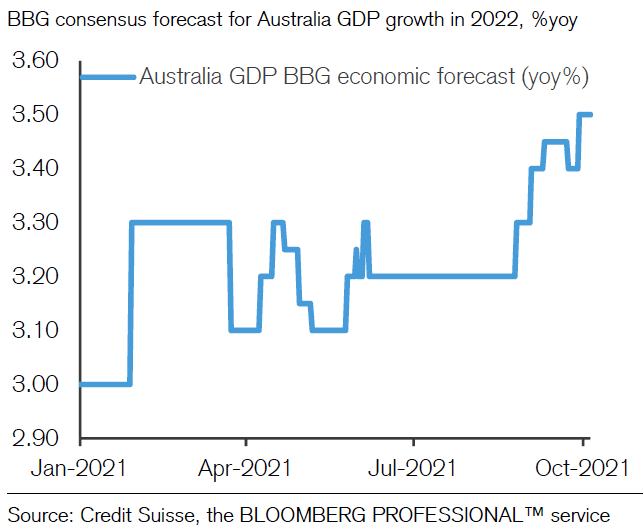 The median GDP growth expectation amongst analysts have increased in reaction to Australia’s reopening plans, "shielding AUD performance from other risks," says Jalinoos.

On July 30 the Australian government said it would ease lockdowns at a federal level once 70% of the population had been fully vaccinated.

Jalinoos says the Australian Dollar reacted to the development and has benefitted from the brighter growth expectations since late July, evidenced by the "flat" AUD/USD exchange rate despite slowing Chinese growth and the "collapse" in the price of iron ore.

Full removal of restrictions are now expected on October 11 in New South Wales and on October 26 in Victoria.

But Jalinoos does not see the reopening story as a meaningful driver of further AUD strength, for the following reasons:

"We see limited scope for AUD to continue to benefit from the lifting of existing stay-at-home orders. This is mainly because growth expectations have already reacted positively to this news," says Jalinoos.

Money market pricing shows the market (via OIS pricing) is positioned for the Reserve Bank of Australia (RBA) to raise interest rates in the final quarter of 2023 in response to the country's economic rebound.

The OIS rates market also indicate a further 25 basis points of rises in 2023.

"We view the market’s hawkish expectations as a hindrance for AUD, if economic data were to falter, or if reopening plans were to be postponed," says Jalinoos.

Much of the narrative around the hawkish RBA policy risks has focused on rapidly growing house prices notes Jalinoos.

But he says the issue of a hot housing market won't be addressed via higher interest rates, instead the RBA will fall on other tools to manage finance availability for housing.

4) AUD looks unlikely to benefit from a commodities rally.

Instead he notes "the crash in iron ore prices since July challenges the notion that AUD can strengthen because of its commodities exposure. Generalized strength in commodities is unlikely to be helpful for AUD."

Jalinoos says the Aussie is asymmetrically exposed to the downside in the near-term and the late September lows around 0.7170 are likely to be in focus.