- GBP/AUD forecasts show cap at 1.89
- AUD/USD unlikely to rebound before year-end
- Recovery a story for 2022 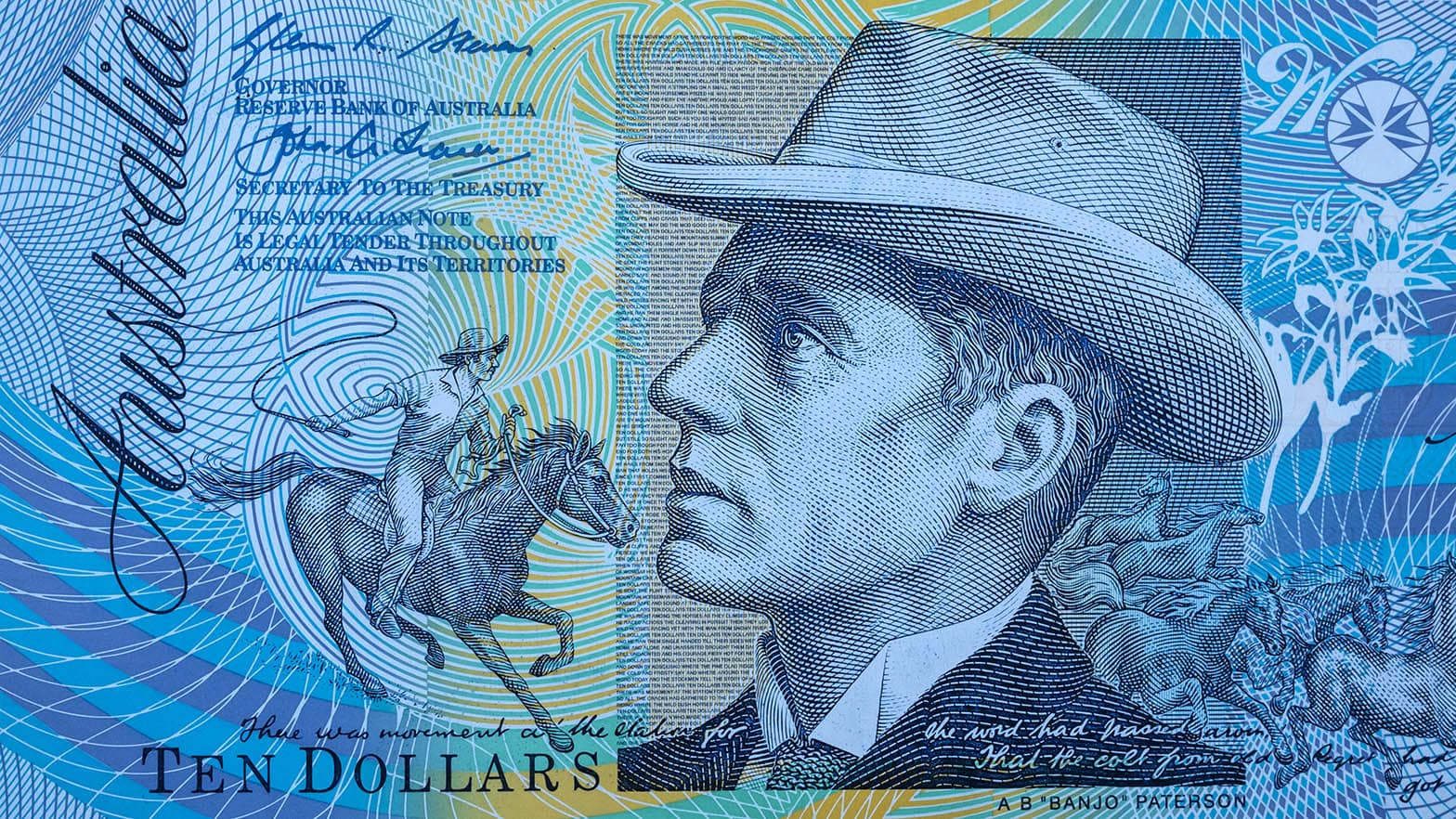 The near-term outlook has turned less favourable for the Australian Dollar say economists at Wells Fargo in their latest global economic and exchange rate forecast update, although they remain of the view the currency will ultimately trend higher in 2022.

The global financial services provider says the Australian Dollar's outlook remains favourable over the longer-term but the immediate future will be challenged by slowing Chinese economic growth and a slowdown in Australian growth owing to Covid related lockdowns.

"We expect the Australian dollar to gain against the U.S. dollar over time, although recent developments hint at a less rapid appreciation than previously anticipated," says Nick Bennenbroek, International Economist at Wells Fargo Securities, LLC.

The Australian Dollar has proven a laggard in July, falling against all major peers save for the Norwegian Krone as investors price in the cost of an ongoing lockdown in New South Wales that will extend to at least September. 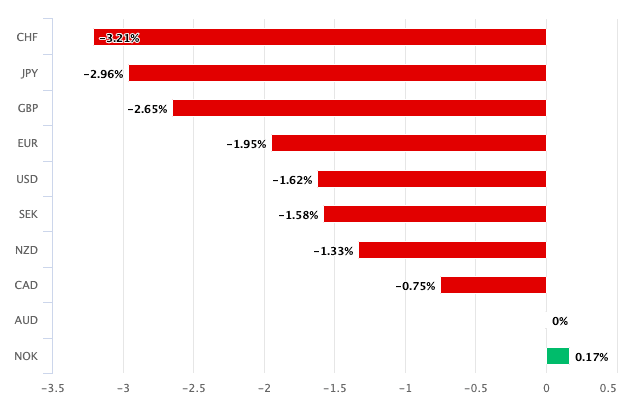 The Pound-Australian Dollar exchange rate is currently at 1.8893 having racked up a 1.20% advance over the past week, in fact the exchange rate has now risen for five weeks in succession.

The Australian Dollar-U.S. Dollar exchange rate is however flat on the week at 0.7396 with the Australian currency benefiting from a broadly weaker U.S. Dollar. Nevertheless, the pair remains in a trend of decline that began in early May as expectations for Australian domestic growth are revised lower.

Wells Fargo say they expect much slower Australian economic growth in the third quarter as Covid-related restrictions weigh on activity, and see downside risks to their fourth quarter GDP growth forecast as well.

As a result, they expect only a very gradual move away from accommodative monetary policy at the Reserve Bank of Australia (RBA), "which should restrain the Australian dollar," says Bennenbroek.

Wells Fargo expect the RBA to hold its Cash Rate steady at 0.10% over our entire forecast horizon, i.e. through 2022.

Holding the Cash Rate steady "well beyond the end of 2022" would make the central bank a laggard in the race to normalise interest rates which has knock-on implications for currency valuations.

By contrast, the Bank of England could raise rates by mid-2022 according to analysts and money market pricing, while the Fed is expected to do so by mid-2023 at the latest.

Of immediate concern to investors will be the RBA's decision on whether to reduce or boost its quantitative easing programme which sees it buy government bonds to keep the yield on those bonds suppressed, thereby aiding the economy.

The RBA have been reducing the scale of quantitative easing, but some economists are now expecting it to maintain the programme at current levels to ensure the economy remains supported.

"Given the likelihood of slower economic growth during Q3, and depending on how long the recent rise in COVID cases persists, we expect the RBA to further extend and taper its bond purchases in November. In November, we expect the central bank to slow the weekly pace of its purchases to A$3 billion until at least February 2022, at which time it would conduct a further review," says Bennenbroek. 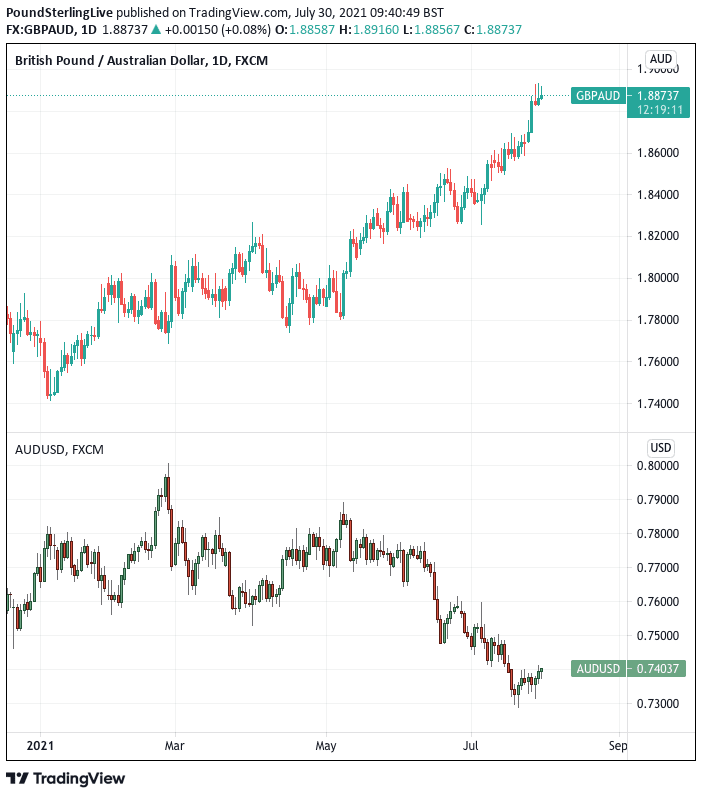 "Steady rather than strong Chinese economic trends also have the potential to weigh on the Australian currency," he adds.

The Australian Dollar tends to benefit when financial markets are on the rise and global growth trends are positive. However, concerns that global growth is peaking are emerging alongside a rise in Covid cases associated with the Delta variant of the virus.

"Any global COVID developments that lead to unsettled financial markets would also restrain the Australian dollar," says Bennenbroek. Under such a scenario, the AUD/USD exchange rate may not gain much beyond a $0.7400-$0.7600 range over the medium term.