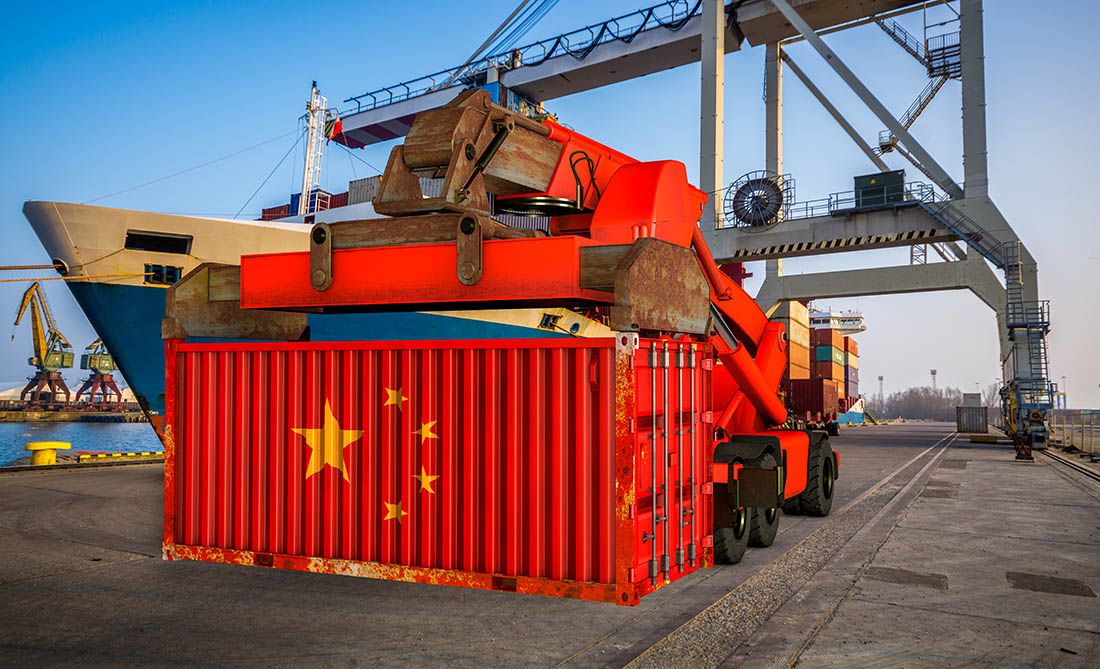 A slowdown in China is on the cards for the second half of the year say analysts at Société Générale warn, a prediction that could have implications for commodity prices and the Australian Dollar outlook.

While column inches have been overwhelmingly focussed on the surge in U.S. inflation over the past 24 hours, analysts at Société Générale (Soc Gen) say in a briefing note that a potentially bigger story is being missed: that of a looming slowdown in China.

"The barrage of bearish inflation stories is drowning out another data point which received much less airtime in the last 24 hours but which could be more relevant for the direction of travel of commodities and bond yields over the next six months: China lending data surprised to the downside in April," says Kenneth Broux, Global Strategist at Societe Generale Corporate & Investment Banking.

Soc Gen economist Wei Yao says that the negative credit impulse is heralding a slowdown in growth in third and fourth quarters of 2021: 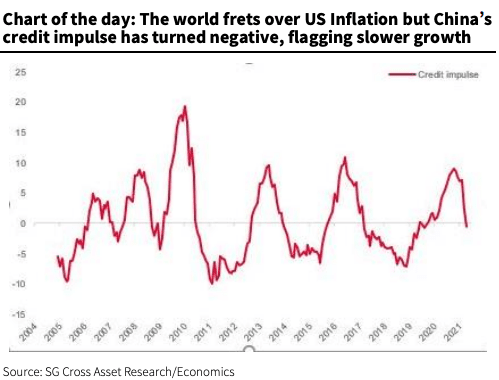 China remains an engine of commodity demand and has been behind the surge in iron ore prices to all-time highs over the course of the past week.

Given iron ore is Australia's premier foreign exchange earner the move has understandably provided some support.

But, there are signs iron ore could be turning:

"The 7% slump in iron price overnight could be a first sign that metals are running out of steam which could lessen pressure on input and factory gate prices," says Broux.

Wei says authorities in China have been vocal about reining in asset valuations and are scaling down the pace of credit growth much faster than in 2009-10 and 2015-16.

The Australian Dollar has therefore been caught in something of a pincer movement on the above-mentioned data points: the U.S. inflation surge has triggered a retreat in global stocks, to which the Australian Dollar is positively aligned, while the country's heavy reliance on Chinese demand means any slowdown there could have meaningful implications for the second half of the year.

The observations come as the Australian Dollar is seen to be enduring a short-term run of losses that leaves the currency screening amongst the biggest G10 losers on the one-month, one-week and one-day timeframes. 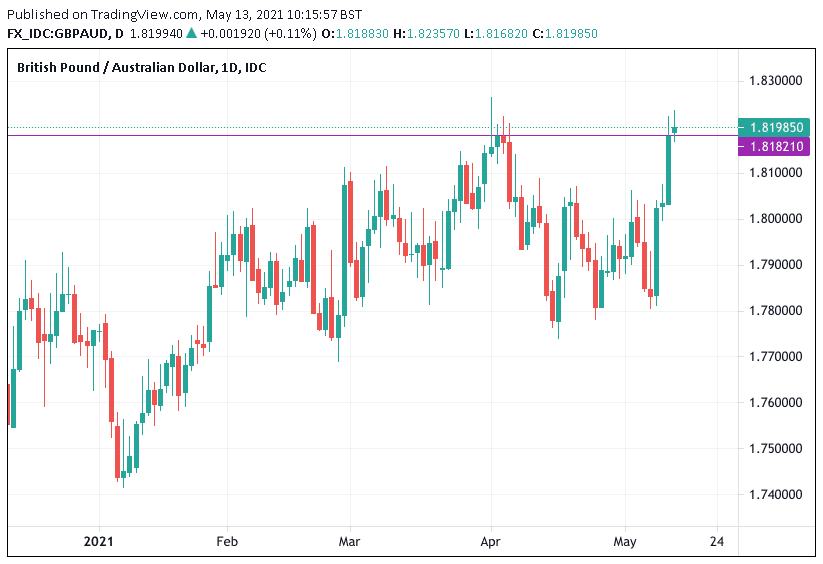 GBP/AUD on Wednesday closed at its highest level of 2021 at 1.8180 and if current market dynamics hold Thursday could see a second consecutive 2021 daily closing high being reached.

However, those with a short-term approach to the pair must be aware that the hefty selling in global markets could be due a breather soon and some relief in the Australian Dollar exchange rate complex could be nigh.

The AUD/USD exchange rate fell a sharp 1.50% on Wednesday to reach 0.7710, which puts it at the multi-week support level located around 0.7710 which could elicit some fresh bids. 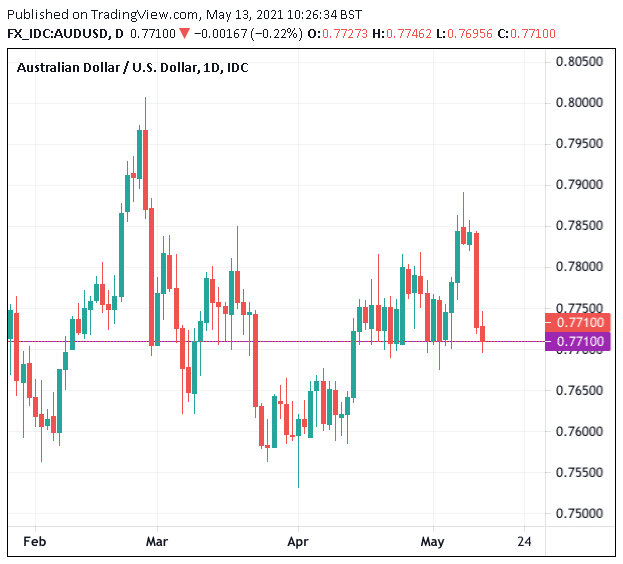 Buying in AUD/USD around here could in turn act as a barricade to further GBP/AUD gains.

"For all the local newsflow, the sharpest moves in AUD/USD over the past week were in response to the major US data surprises – payrolls and inflation. These offsetting shocks drove a round trip in the Aussie," says Richard Franulovich, Head of FX Strategy at Westpac.