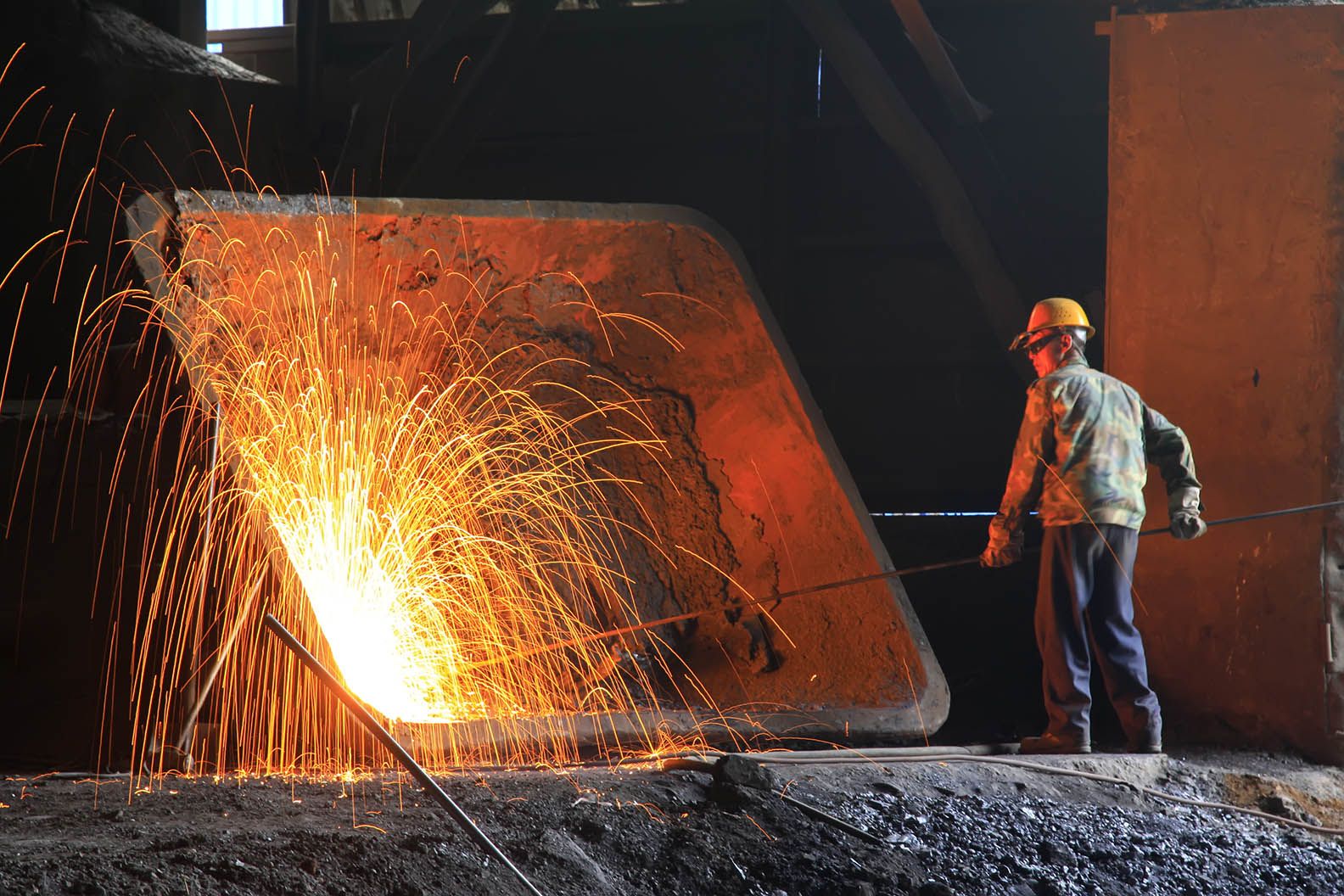 The Australian Dollar got the better of its Kiwi sibling and the Norwegian Krone on Friday but was otherwise lower across the board as the U.S. Dollar was lifted further amid widespread risk-aversion that weighed broadly across global stock and commodity markets.

Price action came as investors mulled President Elect Joe Biden's proposal for a $1.9 trillion financial aid package for households, which adds substantially to the $900bn already legislated for in December but is otherwise a less 'reflationary' development than had been expected. 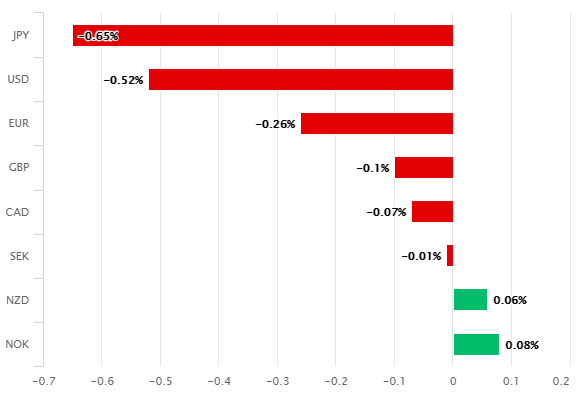 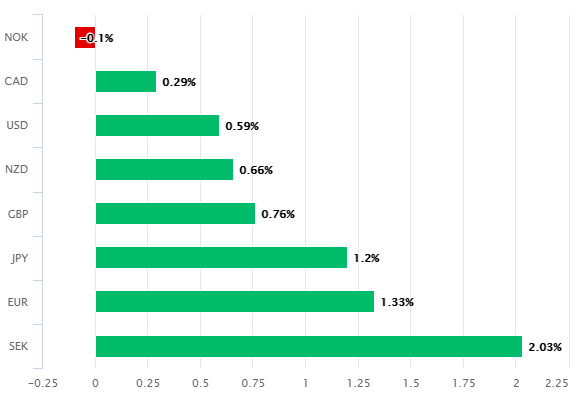 Above: Australian Dollar performance against major currencies on Friday (left) and for 2021 (right).

Many investors were anticipating that some of America's less well off households would be furnished with stimulus cheques of $2,000 each but the actual proposal which materialised in the overnight hours was for $1,400 instead. There are also uncertainties over whether the bill will be able to make it through Congress without disfigurement.

But the robustly resilient outlook for the all-important commodity prices that underwrite much of the Australian Dollar's value is expected to limit the antipodean currency's downside ahead by reinforcing a fundamental undervaluation that's forecast to lift AUD/USD to 0.80 in the months ahead.

"We don't see an imminent collapse in Chinese steel production. Our colleagues in China recently hosted a conference call with MySteel, a local consultant, who see steel demand growth of c. 3% in 2021 - we assume +2.9% for 2021," says Timna Tanners, a strategist at BofA Global Research. "We note that historically we have seen stronger demand for iron ore in H1 with steel demand geared to the Northern Hemisphere building season & perhaps the Chinese annual credit cycle. Conversely on the supply side, H1 tends to be weaker with the last few years seeing weather impacts in both Australia and in Brazil in Q1/H1."

Iron ore was the best performing commodity for a second year running in 2020 after doubling in value amid building and now widely held expectations of a robust global economic recovery led by China's rebound from its initial coronavirus inspire trough, although it's not just the demand side of the equation that is boosting prices. 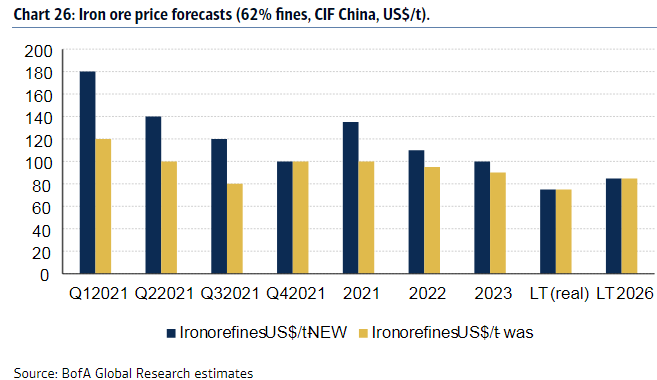 Supply side constraints, whether induced by the weather itself or other factors, are typically at their most palpable and potent in the first half of a calendar year and are also underwriting the robust outlook for prices of the raw material.

Reduced production in Brazil and Australia is not necessarily a headwind to sector earnings or currencies which are closely correlated with the material's price, given that price increases which are induced by supply side concerns can often make up for income that is lost as a result of lower sales volumes, according to BofA Global Research.

Strategists at BofA say that supply side constraints will be as important an upward influence on prices early this year as the economic recovery in China and elsewhere. They forecast iron ore prices to hold onto much of the last year's gains over the course of 2021 and into 2022, which is positive for the undervalued Australian Dollar.

"We would say that several players in the iron ore market have spoken specifically about "value over volume," says BofA's Tanners. "We observe that in 2019, a year when VALE saw significant interruptions to production as a result of its Brumadinho tailings dam tragedy, its revenue and EBITDA were actually UP YoY i.e. higher prices more than offset lost volumes." 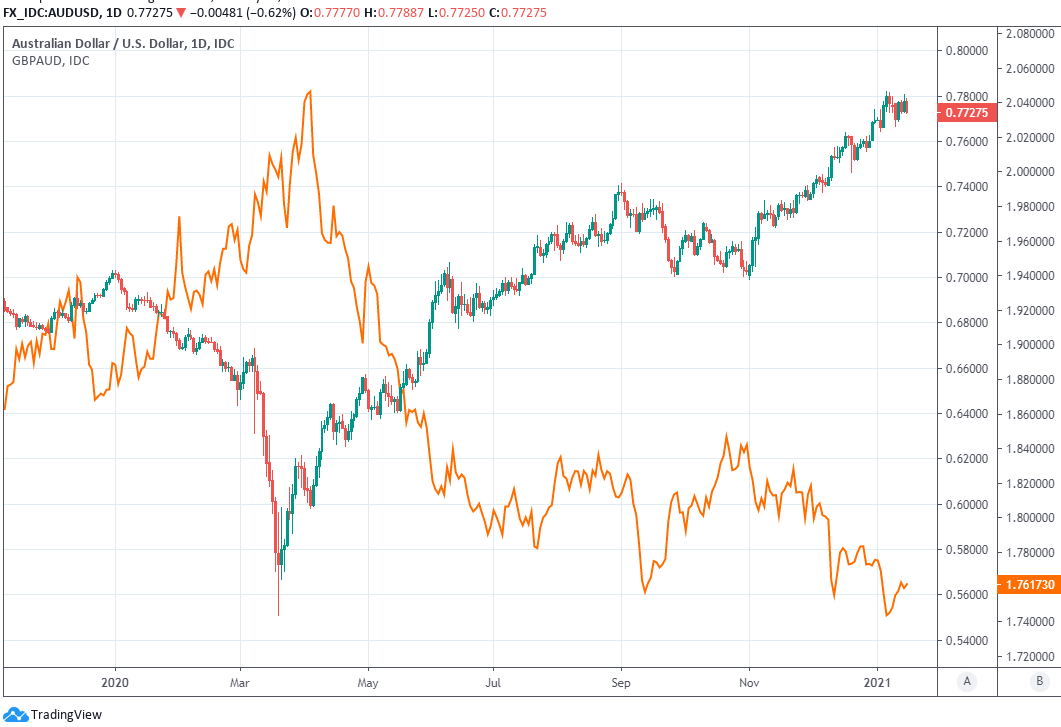 “We now estimate fair value for AUD/USD is in a range of 0.74 to 0.85, centred on 0.80. The recent surge in the iron ore price can underwrite further gains in AUD/USD to over 0.80 in our view,” says Joseph Capurso, a strategist at Commonwealth Bank of Australia earlier in January.

These factors limit the downside for the Aussie and can help it continue leading the major currency class during periods when the U.S. Dollar is on its back foot, although in the short-term at least all eyes are back on Washington and also increasingly, turning to the U.S. bond market and Federal Reserve.

Stock markets and risk currencies got little relief from investors' newfound caution on Friday even after Federal Reserve Chairman Jerome Powell appeared to succesfully halt a sell-off in the U.S. government bond market that had been driven by a combination of expectations for better support of U.S. households and suggestions from some of the bank's policymakers that they could find themselves engaged in a discussion about tapering off the Fed's bond buying programme as soon as year-end.

"Powell affirmed Fed’s forward guidance and QE through the current year and offset a series of Fed speakers who had opined on the potential for tapering of QE," says Tim Riddell, a London-based strategist at Westpac. "US yields were left trading close to levels prevailing prior to both Powell and Biden. US 10yr Tsy yields are consequently still hovering around 1.10-1.11%." 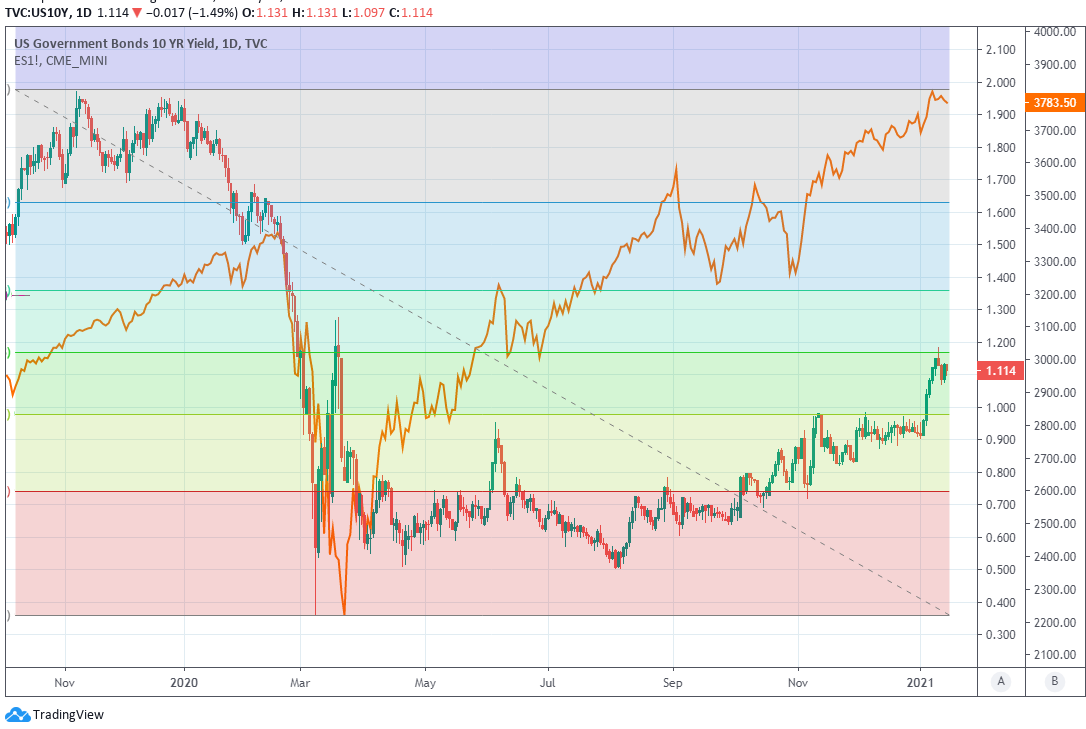 Powell told an audience on Thursday that the Fed will not raise interest rates in response to "hypothetical" inflation threats in this recovery. If nothing else his remarks were an expression of tolerance for price pressures that could rise above the bank's 2% target for price growth and further undermine the market for U.S. government bonds in the months ahead. Powell also said “now is not the time to be talking about exit," from its quantitative easing programme.

Investors had feared a 2021 discussion about tapering the bank's $120bn per month bond buying programme if the economy performs better than anticipated, which would lift yields and the U.S. Dollar as well as risk pulling the rug out from under stock and commodity markets. That would likely be an upward influence for the Pound-to-Australian Dollar rate.

"President-Elect Biden has proposed an initial USD1.9 trillion package. Yet it is comprised of several elements that have already been rejected, even by at least one Democratic senator, or which do not have the numbers to pass the Senate without Republican support," says Michael Every, a global strategist at Rabobank. "Some of this will need 60 votes in the Senate for procedural reasons, when the Democrats only have 50 and VP Harris as the deciding vote. Nonetheless, the government needs to spend more – because otherwise what are the Fed going to keep buying? (And they ARE going to keep buying.) The US 10-year yield reaction has been mixed: we are currently around 1.11%, but there is no sign of a further surge on the back of the Biden stimulus news." 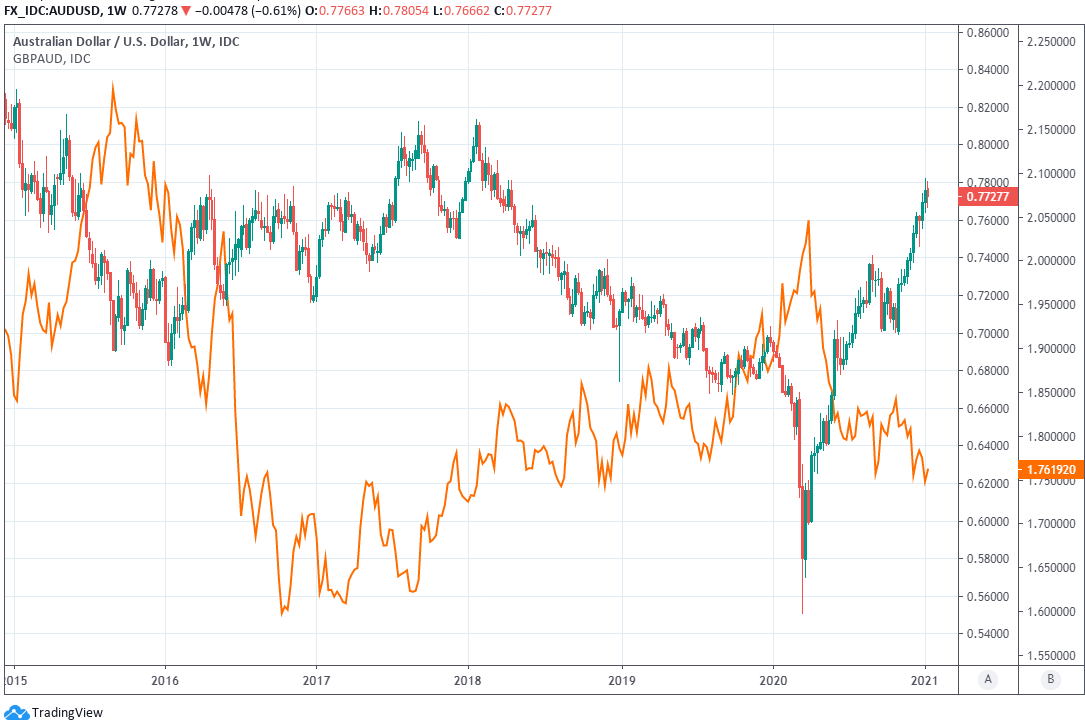