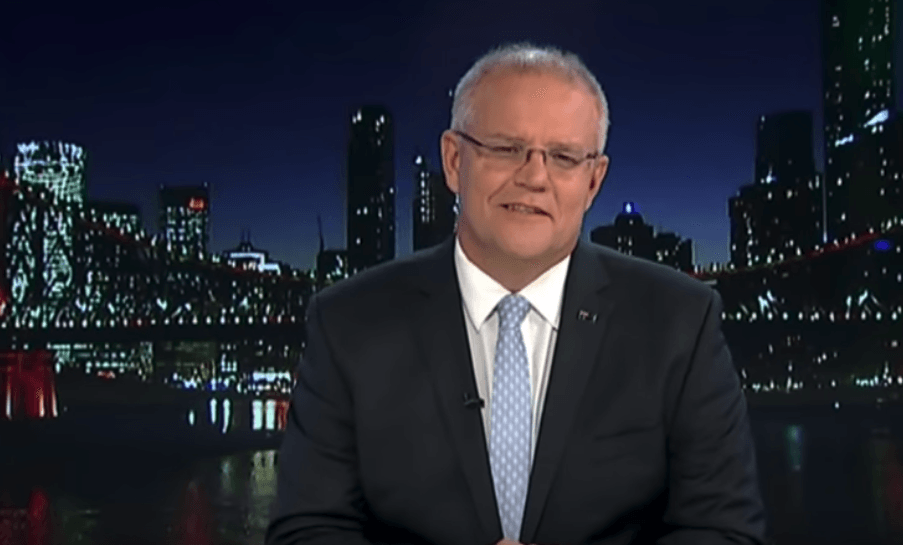 The Australian Dollar edged lower Tuesday and could face a period of consolidation after reaching a key technical milestone on the charts and as a trade spat wtih China simmers, although forecasters still see it rising further in 2021 and almost irrespective of what Beijing does with its tariffs.

Australian Dollar exchange rates were lower almost across the board on Tuesday, only the New Zealand Dollar ceding ground to its antipodean cousin while Pound Sterling was the largest riser against the Aussie, leading to a more-than half percent gain for GBP/AUD.

Headwinds for the Aussie were twofold as tensions with China polluted the atmosphere while AUD/USD appeared to be consolidating after reaching the 78.6% Fibonacci retracement of a two-year downtrend last week. AUD/USD achieved a key milestone in its journey higher on the charts when twice testing 0.7574 in recent days.

"AUD/USD has reached the long term Fibonacci retracements at .7574 and .7639, these were our medium term targets," says Karen Jones, head of technical analysis for currencies, commodities and bonds at Commerzbank. "We would allow for some near term profit taking here, we have 13 counts on the intraday charts and this adds weight to this view. These are the longer term break points for the 2018 peak at .8135. We suspect that the market may see some consolidate here near term."

Jones advocated Tuesday that clients attempt to profit from selling the Aussie around 0.7515 in anticipation of a short-term correction lower, but still tips it for a further rally as far as 0.8135 over the next three months. 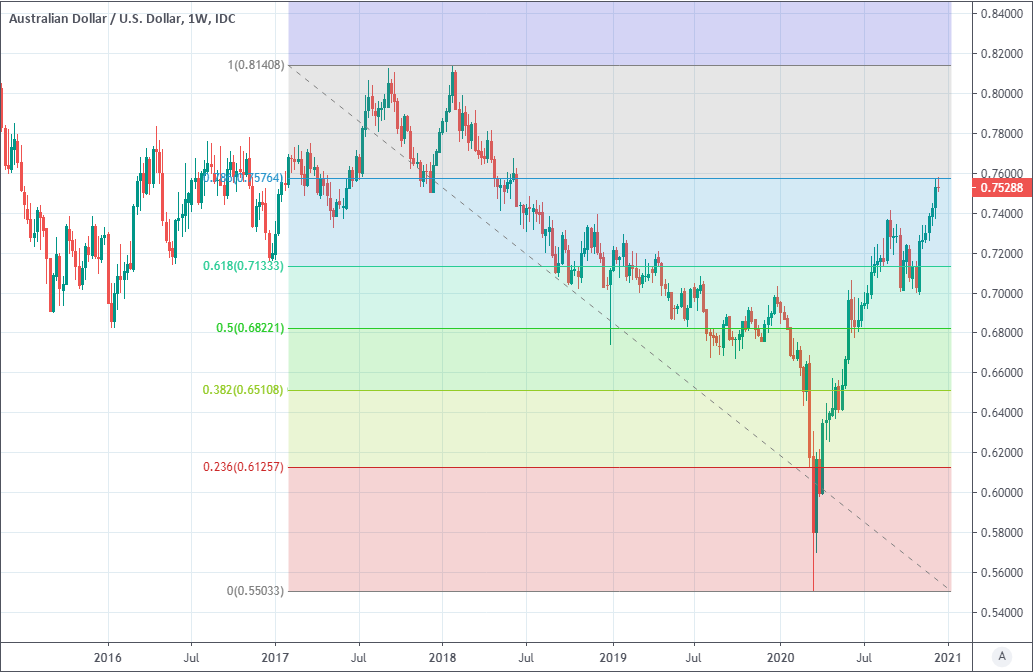 Above: AUD/USD rate shown at weekly intervals with Fibonacci retracements of 2018 downtrend.

Australia's Dollar has substantially reversed a multi-year downtrend in 2020 in spite of the coronavirus pandemic, with AUD/USD rallying 37.83% from its crisis low of 0.55 on 18 March and its peak around 0.7574 last seen on Monday.

A commodity centric economy that is well placed to benefit from the early and best-in-class recovery over in China was the initial and foremost driver of the rally, although analysts and economists have also cited Australia's financial position, which was and still is healthier than that seen in other major industrialised economies.

"We expect AUDUSD and NZD to respectively reach 0.77 and 0.72 at the 3M horizon. Both currencies are undergirded by economies that have been less damaged by COVID-19 than others in the G10," says Stephen Gallo, European head of FX strategy at BMO Capital Markets. "AUD was showing a transformation toward being a current account surplus currency prior to COVID-19 and its surpluses since then (despite substantial trade frictions with China) suggest that the transformation is complete. Australia is also in a better fiscal situation than other G10 countries. With that in mind, AUD should carry a bit of a 'safe-haven premium', but thus far it is still shaking off its commodity exporter discount. We look for a move to 0.79 by the end of 2021."

Australia's Dollar edged lower on Tuesday despite a volley of better-than-expected Chinese economic numbers hitting the wires overnight. However, these data bode well for the medium-term Australian economic outlook as they show the recovery in the world's second largest economy strengthening.

China's unemployment rate dipped from 5.3% to 5.2% in November while retail sales growth rose to an annualised pace of 5%, from 4.3% previously. Meanwhile, industrial production growth rose from 6.9% to 7% and fixed asset investment was higher at 2.6% too, up from 1.8% previously. 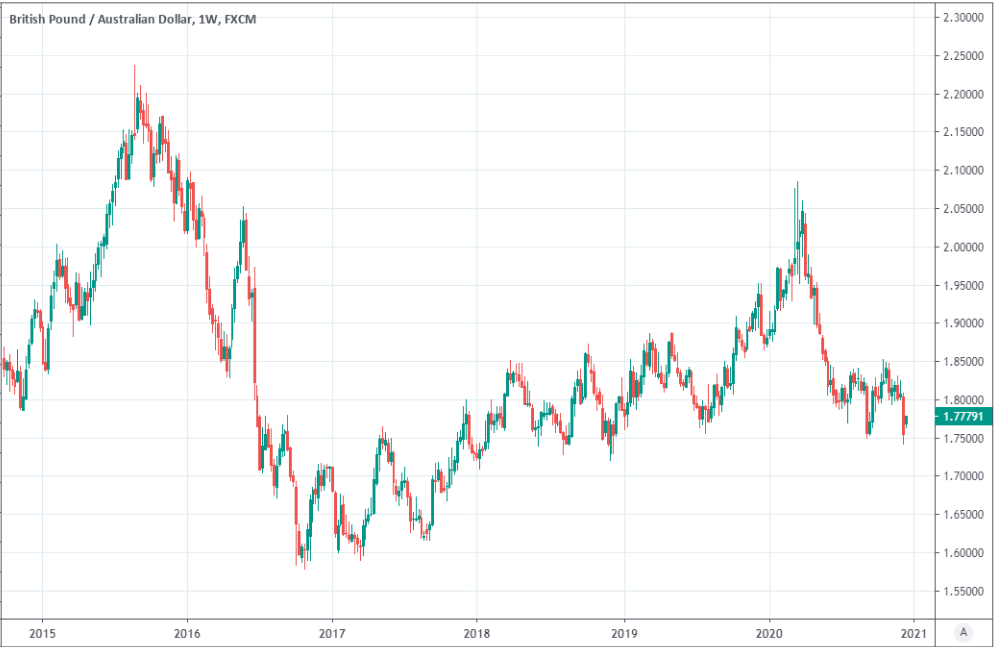 Australia's strong fundamentals and China's recovery have so far seen the Aussie go unscathed by Beijing's offensive against the land down under, which is widely perceived as a retaliation against Prime Minister Scott Morrison's calls for the country to face scrutiny in relation its early handling of the coronavirus, which is thought to have first escaped Chinese borders in January before closing down vast parts of the global economy including Australia's.

The Global Times, a newspaper affiliated with the Chinese state and often perceived in the market as an unofficial spokesperson for it, indicated in a since-removed article that Australian coal exports have after all been blacklisted and banned from entering the world's second largest economy.

Coal is one of a growing list of Aussie products targeted in Beijing's coercive campaign to duck the transparency, scrutiny, standards and accountability that are fundamental prerequisites for leaders and leadership roles everywhere - but especially among nations on the world stage.

"What is important to note here is that if that were the case, then that would obviously be in breach of WTO rules," Scott Morrison says, in remarks reported by The Australian Financial Review, which has more of the story. "It would be obviously in breach of our own free trade agreement."